SAVE THE ANIMALS AND THE KEDJOM-KEKU FOREST WITH OIPA CAMEROON 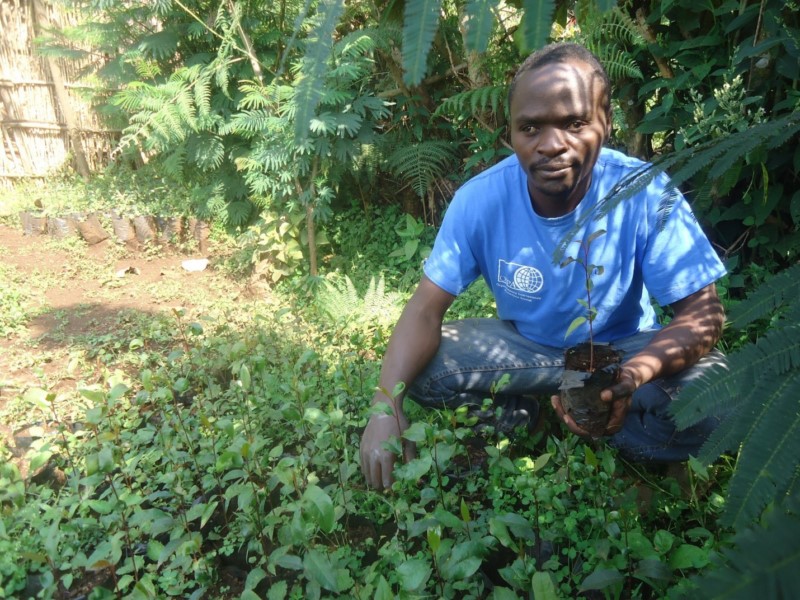 The mountain cloud forest in  Kedjom- Keku northwestern Cameroon is under a lot of pressure from local farmers, hunters and shepherds due to its fertile soil and good living conditions, which makes it one of the most rapidly disappearing biotopes in the world.

It is necessary to prevent further deforestation as it is an important (the only) source of drinking water in the area, as well as the home to hundreds of endemic species, including the most endangered chimpanzee subspecies, pan troglodytes ellioti.

OIPA International in collaboration with the Kedjom -Keku CASUD are cooperating to safeguard the Kedjom-Keku Forest and his animals.

The forest is a biotope that our planet can simply not do without. In 2017, the project aims to reforest over 50 hectares of forest. The Misty Mountain Forest in Cameroon is not only home to dozens of endangered organisms including the rarest subspecies of chimpanzee, Pan troglodytes ellioti, it is also the only and most important source of water for the vast region of Bamenda Highlands. 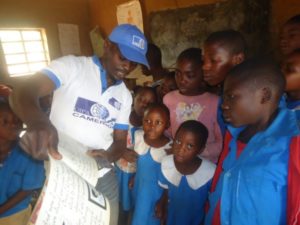 One of the largest conservation problems of developing countries is the lack of good education. Only about 5% of the inhabitants of rural communities know about conservation. The rapid population growth in Africa doesn’t help either. The load capacity of the African soil is much lower than ours and nature will have troubles dealing with it in the future.

It will be the locals who will have to deal with the problem. The only solution is education, as it broadens people’s horizons, enables them to search for information, realize the implications of their actions on the environment and allows them to develop their own ideas. This is why we started the community conservation education program for children of preschool to primary school ages. Amongst other subjects, we teach them about our activities related to saving the forest and the environment they live in. We plant trees with them and talk about the irreplaceability of the cloud forest.

Among other subject, our volunteer teach this pupils on the importance   of conserving   nature and in importance to bother human and animals. Everybody is incredibly interested in their Ecology lessons, in which we use case studies to explain the irreplaceability of the indigenous forests. 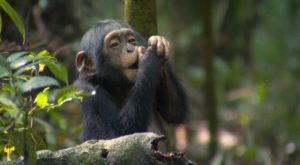 Pan troglodytes ellioti is a chimpanzee subspecies and one of the most endangered primates in the world – it is estimated that the entire population consists of 3500 to 9000 individuals. These chimps can be found solely in Cameroon and Nigeria. The final group of approximately 10 individuals also lives in the Kedjom-Keku area, in the Bamenda Highlands in the North West of Cameroon.

The next closest ellioti chimps live 25 km further in the Kom Wum foothills of Bamenda. We are trying to establish a chimpanzee reservation in Kedjom-Keku in an attempt to save them. In order for Bamenda’s chimpanzees to survive, it is necessary to merge both populations.

Establishing a reservation will lead to the protection of other endemic species and an important water source.

Our program runs in cooperation with community   groups and the Cameroonian Ministry of Forestry and Wildlife.

We are working on creating a detailed map of the entire area, which will serve as the basis for creating the reservation. We are also developing both short and long-term plans, which will lead to the reservation being established and the mountain cloud forest being protected effectively.

As part of our program we also support education, offer alternative long-term sustainable sources of income and teach locals about the effective use of natural resources. 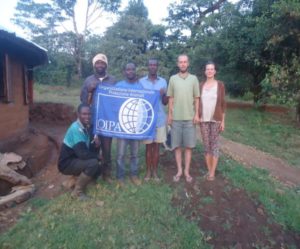 In late 2014 we managed to “catch” a large chimpanzee male and a healthy female. Despite the fact that for the past 14 years the existence of these chimpanzees was only speculated. We have therefore contacted the Ministry of Forestry and Wildlife, who allowed us to go through with our plans for establishing a chimpanzee reserv in Kedjom-Keku.

WHAT YOU CAN DO: Plant a tree with a Dollar with OIPA International.

Both animals and humans can’t live without water. Neither can the people of Kedjom-Keku.

Meanwhile, they are destroying their only source of it – the Misty Mountain Forest. Today there is just under 2% left of it. Which is why in the past decade the climatic conditions in the area have dramatically changed and water level in rivers has dropped. 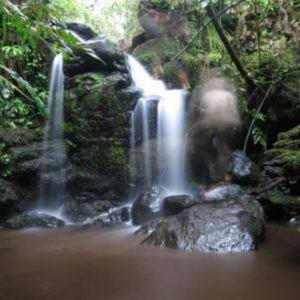 In order to put a stop to this undesired change, we plant trees to reforest old farms and pastures. We believe that with new forest the water will soon return to the mountains in full strength.

In 2017 we plan on reforesting up to 50 hectares of deforested land in the hilly region of Abongphen –this means 50.000 new trees. We want to focus particularly on areas around the river sources and forest corridors that connect the last fragments of the indigenous forest, to not only renew the local source of water, but to also give endangered forest inhabitants a better place to live.

For every 1euro or $ we earn, we plant one tree, which we then take care of for about five years.

Donate 1 euro or $ and save the planet with OIPA international.

Finding a seed, allowing it to germinate, taking care of it for a year or two, finding the right place for planting it and ensuring its long future is not easy. Even so we have managed to successfully plant a thousand trees that continue to thrive. 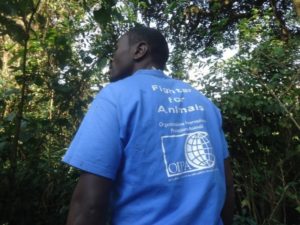 WHAT YOU CAN DO: Travel responsibly!

Do you want to travel, explore and discover Cameroon? You can not only minimize your carbon footprint, but also even revert some of it! Are you fascinated by Africa, its diverse culture and breathtaking nature? Experience holidays that matter, in a country that is righteously called Africa in Miniature. Explore the tropical Cameroon with us and contribute to saving and re-planting the mountain misty forest in Kedjom-Keku.

Choose our unique adventure in one of the most diverse countries of Africa. In Cameroon, we will visit the lowland (biosphere reservation Dja) and highland rainforest (Mt. Cameroon 4095m – the highest peak of Western Africa). Walk with jungle elephants, gorillas and chimpanzees in the south of the country and in the northern savannas with elephants, hippos, giraffes. We will come in contact with dozens of original tribes and their cultural heritage.

To sign up for the trips send us an email to cameroon@oipa.org. If the dates or the itinerary don’t suit you, let us know and we will try to plan a trip exactly according to your needs. The dates and activities of all trips are flexible. So just send us a message and we’ll plan a trip just for you.