ANIMAL PROTECTION in the CONSERVATIVE BRANCH of the FRENCH POLITCS 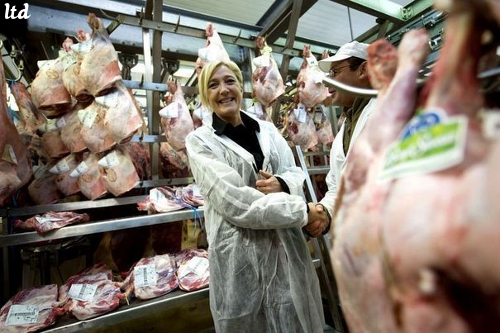 If the USA have been witnessed the rise of a new kind of right-wing politics, and along with it, a new approach to environmental and animal welfare issues which seems to be inspired by the seventeenth-century ideas of Descartes (see more: https://www.oipa.org/international/trump-presidency-the-end-of-an-era-for-animals/), the French far-right Tories have different positions. Or al least, this is what they want us to believe.

When the President of the Front National, Marine Le Pen, started to be photographed with her kittens, political opponents accused her to insert “subliminal messages” in those pictures, in the hope of mitigating her rude image. In effect, Le Pen rarely refuse to pose with cuddly animals in order to show her softer side to the French animal lovers who, at the same time, have the right to vote.Anyway, this political strategy seem to give its results: in the last months, Mrs. Le Pen has been gaining support for being among the first French political figures to identify and exploit the unexpected but growing national interest in animal issues.

Indeed, at the second convention on animal welfare, kept on 11th October 2016, the President of the National Front has commented on slaughterhouses, intensive industry, animal experiments and pet therapy. This meeting, organized and chaired by the Member of the European Parliament and President of Belaud-Argos Sophie Montel, let the President of the FN fix four campaign commitments. After expressing her interest in the creation of an “animal protection police”, Le Pen has underlined the unavoidable necessity of an actual stunning of animals, right before being slaughtered. (https://www.oipa.org/international/slaughterhouses/). At the same time, she declared herself against all those international treaties that favour intensive farming of animals (https://www.oipa.org/international/breeding/), while she state the importance of the development of alternatives in the field of animal experimentations (https://www.oipa.org/international/vivisection/). Lastly, the relevance of animals in pet therapy make her claim the importance of supporting this type of research. 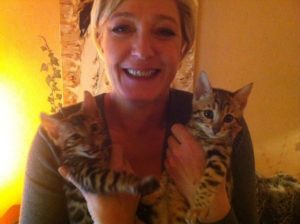 However, the problem with considering itself as the only party in defense of animal rights is that this sometimes clashes with other fundamental values of the FN, such as the protection of French identity and its connected rural traditions.The Front, which currently can be considered the main challenger of the center-right candidate (Fillon) in the upcoming presidential election of April 2017, by time is no longer a single-issue anti-immigrant party, but extended its policy towards Euroskepticism and economic interventionism.

Therefore, because 2017 could be a turning point for the party, this interest for animal lovers is understandable from a political point of view: 89% of the French population believe that the protection of animals is a fundamental issue!This explain the mystery of the sudden interest for animal welfare… of course, it is possible that Marine Le Pen is truly an advocate for animal rights, but sure, this is not one of her best goals.

For someone who REALLY cares about ALL animals, the contradictions emerged in their support for better living condition for livestock on one hand, and support for hunting and bullfighting in the southern part of the country on the other hand make think that the FN  is only looking for votes. And that’s not nice for defenseless animals, nor for those who believe in the animal cause! 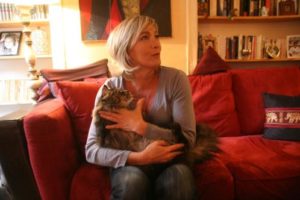 Even if the fact that the party looks for support in two conflicting type of persons (animal lovers and non-lovers) can secure some concessions for animals, for the obvious balance politics has to assure, this is also true for the opposite: more, it has already been done! Despite a pledge by Sophie Montel to include in the Association of which she is President Committee’s work the issue of force-feeding of ducks and geese to make foie gras, this never happens, subjugated to the political yoke of the already quoted balance, that that time aimed towards the protection of traditions.

In addition to the squalor of using the animal issue for political purposes, what can actually be considered for mentally disturbed is to try to build an alliance between individuals with opposed ideas, lifestyles and morality, just to obtain political power.

As the great Italian poet, Cesare Pavesi once said: “You will be loved, the day you can show your weakness, without the other uses it to assert its strength”. And animals, which are totally submitted to human decisions, need someone who really cares for them, in a selfless and impartial way, who can look and understand their sufferance, placing its elimination as the primary aim and without trying to exploit it to impose his power.