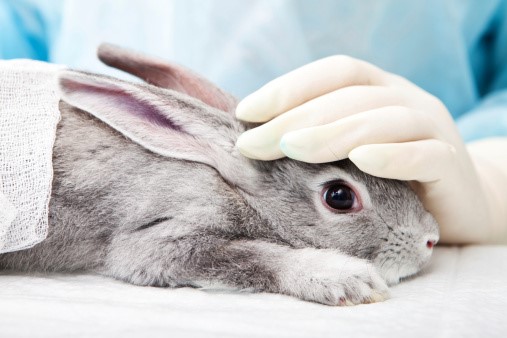 It has been introduced in Virginia (USA) a new legislation, that would end animal testing for cosmetics and make it the first cruelty-free state in the nation.

The bill, the Virginia Humane Cosmetics Act (HB 502), would make it illegal to conduct tests on animals in the state, in addition to making it illegal to sell products that have been tested. If passed, it would go into effect in 2017, giving companies time to comply. After that, violators could face penalties of up to $10,000 for each violation. This a big step forward for animal rights and protection.

Even though animal testing is not required by the Food and Drug Administration (FDA) or the Product Safety Commission in the U.S., and despite the fact that alternatives to animal testing currently exist, many companies continue to test their products and ingredients on animals.

Because the Animal Welfare Act does not require that all laboratory animal use in the U.S. be reported, we may never know exactly how many animals have suffered and died behind closed doors just for a new product, but numbers are estimated to be in the millions.

Hundreds of companies have proven personal care products can be safely made without causing harm, giving compassionate consumers numerous cruelty-free options to choose from.

While lawmakers tackle this issue in Virginia, even more positive changes are on the horizon in North America.

Animal advocates are still pushing for the passage of a federal bill, the Humane Cosmetics Act (HR 2858), which would make it illegal to conduct or commission animal testing for cosmetics after a one year phase in, which will be followed by a ban on the interstate sale of products and ingredients that were made using animal testing after three years.

Animal advocates are also supporting legislation in Canada, the Cruelty-Free Cosmetics Act (S 214), which would also ban the testing of products and sales of products that have been tested elsewhere in the world.

While in the United States we are still waiting for many laws to be approved and become effective, in Europe there is a legislation since 2013 which declare illegal to test cosmetic products on animals. Out of this regulation are left out only detergents. The law declare not only that is illegal to produce and test cosmetics in Europe, but for foreign companies is illegal to sell products tested on animals and produced abroad. This law is not only a big step forward for animal rights, but also stimulate and promotes alternative means of testing and new researches.

Oipa had already a big victory in India, thank to the work of the Indian OIPA delegation in 2013 India stops testing cosmetics on animals, it was the first state in South Asia. Read more here OIPA INDIA