OVER HALF A BILLION ANIMALS KILLED IN AUSTRALIA’S BUSHFIRES

The situation in Australia is dramatic. Videos and pictures are shared all over the world and the scenario is truly tragic. Around half a billion animals and 28 people have died, many have lost their homes and acres of forest have been destroyed, while the smoke travels for thousands of miles. About 10,000 camels are at risk of being shot and killed because they desperately search for water.

Once again, behind this catastrophe, we can find the hand of man: arsonists and climate change. Movements such as “Friday for future” have warned us to take care of our planet, the only home we have. Unfortunately, it was not enough. The whole world is watching a country burning alive. Is there anything scarier? 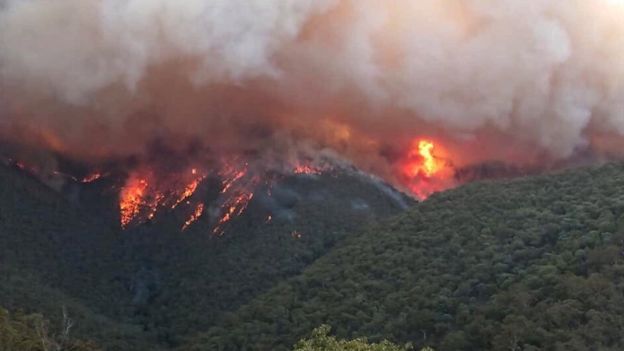 Fires in Australia have spread over 6 million acres since October in the areas of New South Wales, Victoria, South Australia and Queensland, burning more land than the 2019 Amazon and California fires combined. The fires are spreading simultaneously and the summer does not end until the end of February, meaning they could intensify. Approximately 30% of the forest in New South Wales has been burned, but may increase around 50%. Bushfires are fairly common in summer and fall and warm and dry conditions increase the probability of fire. The 2019-2020 bushfire season is of particular intensity compared to previous seasons because of the extreme drought and record-breaking temperatures. Twenty-eight people have been killed along with at least 480 million animals.

Bushfires can be triggered by natural causes, such as lightning, but most frequently are man-made, both unintentionally and deliberate. Up to today, 24 people have been charged for deliberately lighting bushfires. Although arson is a serious problem in Australia there is clear scientific evidence showing climate change is making Australia’s bushfire seasons longer and more severe.

Australia’s climate has warmed by more than one degree Celsius over the past century, causing an increase of heat waves and droughts. According to Australia’s Bureau of Meteorology, the year 2019 was the hottest on record. These conditions dry out the undergrowth and make it easier for bushfires to spread. Moreover, average rainfall decreased by one-third. As droughts become longer and more intense, more vegetation dries out and fires burn for a longer time while are spread by the wind. Flames can reach up to dozens of meters and move at a speed of 10 km/h.

Professor Chris Dickman at Sydney University estimated that over 480 animals died in New South Wales. This includes mammals, birds and reptiles but does not include insects, bats and frogs. Many of these animals were killed by the fire, while others died due to the reduction of food and shelters and to predation. Smaller and less mobile animals, such as koalas, cannot escape and their habitat has been forever destroyed. Eight-thousand koalas were already killed. The fire also threatens the rare plants that only live in Australia, such as the Wollemi pine. The nesting sites of the regent honeyeater (Anthochaera Phrygia) were destroyed by the fire and the species could be functionally extinct. Millions of other animals will be killed and many endemic species have already become endangered, while even the common one could become vulnerable. 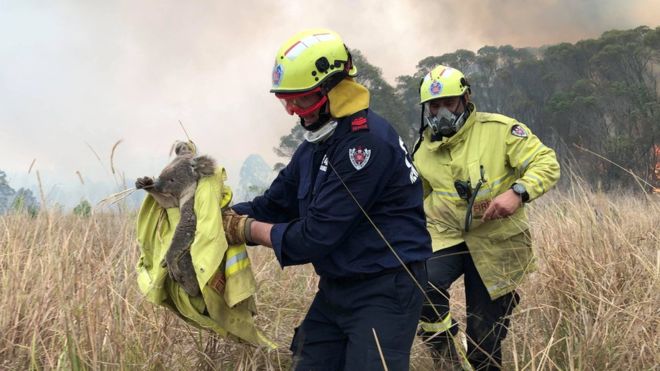 Meanwhile, about 10,000 camels are at risk of being shot and killed in South Australia, after complaints that the thirsty animals are endangering locals as they desperately search for water.

The smoke caused by the fire is dangerous to breath and contributes to the increase of CO2 in the atmosphere, intensifying the climate crisis. The Australian government has been heavily criticized because of its lack of commitment to reduce carbon emissions. Australia’s Prime Mister is reluctant to link the country’s emissions to the bushfires and was insulted by angry residents when visiting a bushfire-ravaged town.

Australia’s bushfire crisis is a reminder that climate change is real and our levels of production and consumption are the cause. In the future, more ecosystems, more habitats, more animals and more people will be hit. 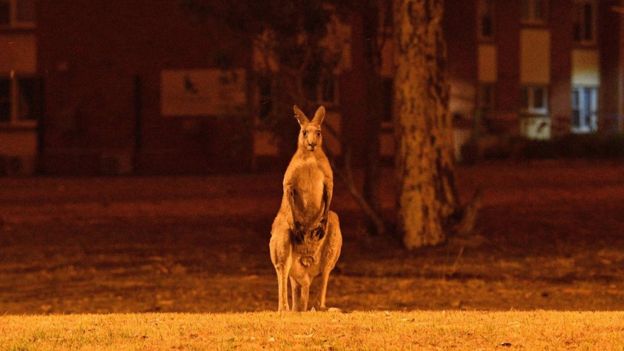 Australia’s Angry Summer: This Is What Climate Change Looks Like – Scientific American

Australia fires: How do we know how many animals have died? – BBC News