ITALY, 3 BEARS IMPRISONED IN SMALL CAGES INSIDE A WILDLIFE RESCUE CENTER. OIPA INTERNATIONAL WRITES TO THE EURO PARLIAMENT AND REPORTS THEIR GREAT SUFFERING 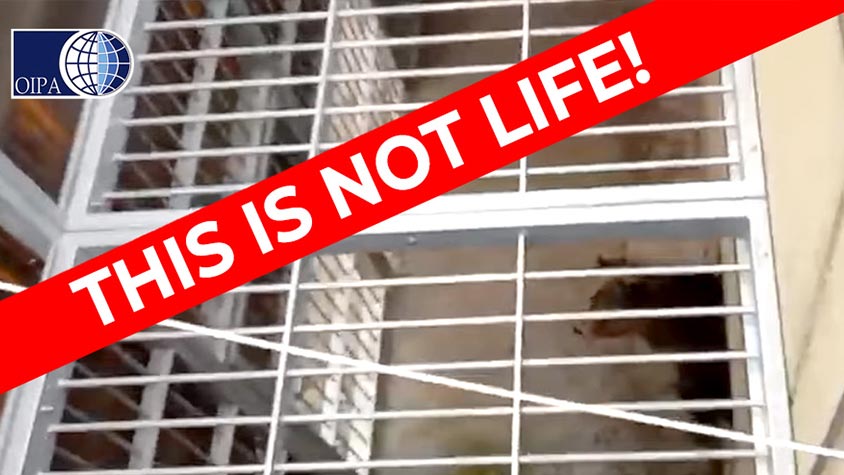 Three bears are currently held captive in concrete cages of about twelve square meters each, and are allowed to walk out just for an hour a day, one at a time, in the forecourt in front of the cages.

Those bears are kept prisoners at the wildlife rescue Centre of Casteller which is located in the Autonomous Province of Trento, in Northern Italy after being captured with no proven reasons from the wild.

Trentino was involved in the project “Life Ursus”, a largely successful program of the European Union funded to revitalize the alpine brown bear population on the territory, as considered endangered species, through the release of some specimens from Slovenia.

Started in 1996, the project was promoted by the Adamello Brenta regional park in cooperation with the National Institute of Wild Fauna and the Autonomous Province of Trento. Between 1999 and 2002, 10 bears were released and, over the years, we can now estimate the existence of approximately 50 individuals on the territory.

Unfortunately, after the end of the project in 2004 and mainly during the last years, the Local Government continues indiscriminately to sentence to death or capture bears with no obvious reasons, hiding behind the fact that they are dangerous for human beings and totally out of control instead of promoting an educational and informative programme to citizens and tourists to enhance the relationship bear-human. 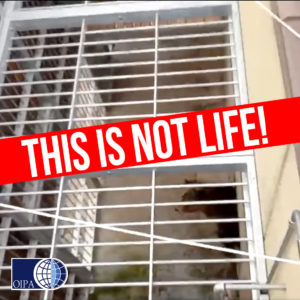 A video shared by some animal activists clearly shows the pitiful and brutal conditions in which bears are actually kept.

OIPA International has decided to write to the European Parliament and point out the failing situation of the wildlife management promoted by the Autonomous Province of Trento asking a direct action, not just to protect those animals that must be safeguarded as endangered  species, but also because it is assumed  that many European and national regulations in the field of protection of  endangered species and civil management of wild animals have been violated.

OIPA Italy filed a request, still pending, for a preventive seizure of the facility last October 2020 at the Public Prosecutor’s Office of Trento underlining the inability of the structure to host those bears and its inability to guarantee their welfare, at least until they will be released. 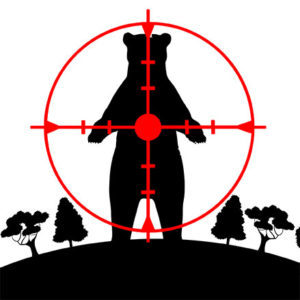