HIT BY A CAR AND ABANDONED ON THE HIGHWAY: BIANCO NEEDS ALL YOUR SUPPORT 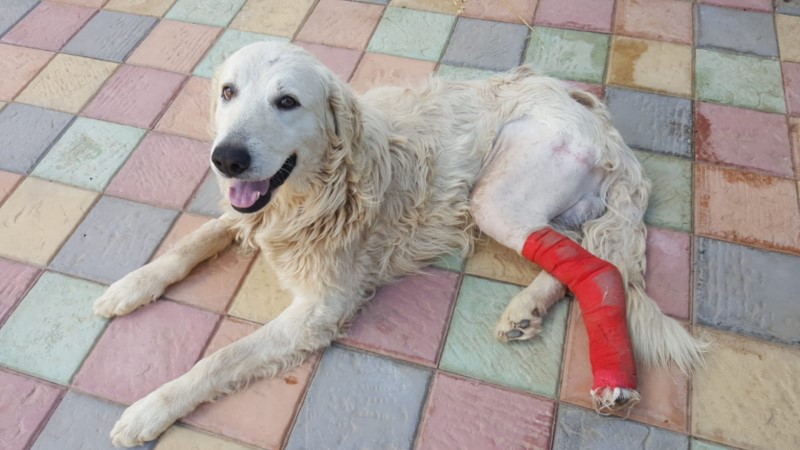 WOUNDED AND LEFT FOR DEAD ON THE HIGHWAY

It is a late summer evening in Trapani, when out of the corner of an eye someone notices a big white spot on the roadside. 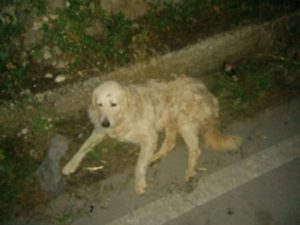 It looks like a big dog, and the person decides to stop and check if it is still alive…maybe, a car has hit it. Coming closer, he sees exactly what expected: a giant white dog. Lying on the ground, he tries to stand up using all his strength, but fails.

His savior asks the local police for help, but the answer is negative. The only ones who intervene are the Carabinieri and an OIPA Trapani volunteer, who immediately runs to the site, regardless of the late hour. Bianco is a beautiful and majestic dog, but he is extremely malnourished and suffering. It is dangerous to move a dog his size, weighing 50 kg, without an adequate means of transportation, considering his fractures. However, the Local Sanitary Agency’s veterinarian does not intervene at night and he has to wait until next morning when the municipal dog shelter opens. Considering the very dangerous spot Bianco was located at, cars passing there at high speed every second, the volunteer stays there with him until 7 am. After 10 long hours, the veterinarian arrives and Bianco is sedated and taken to the dog shelter. 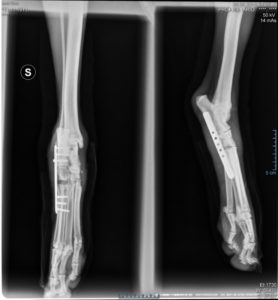 Unfortunately, dogs like Bianco, coming to local sanitary facilities seriously wounded, have no chances: the Municipality’s answer is always the same. An answer that OIPA volunteers have been hearing for years – there are no funds to help him, meaning that his only chance is to be taken care of by volunteers – for the hosting facility he is just one of the many, a dog with no future.

The Blue Angels from OIPA Trapani cannot ignore Bianco’s suffering: he has a double femoral fracture of his left hind limb. Bianco has to undergo a double surgery, costing 1700 euros, which is unbearable for the volunteers alone.

This is why we can unite and create one big support team for Bianco, who is slowly recovering from all his surgeries and is finally starting to smile, hoping for a full recovery and a new loving family. 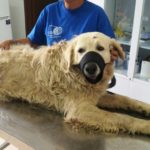 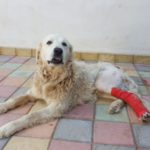