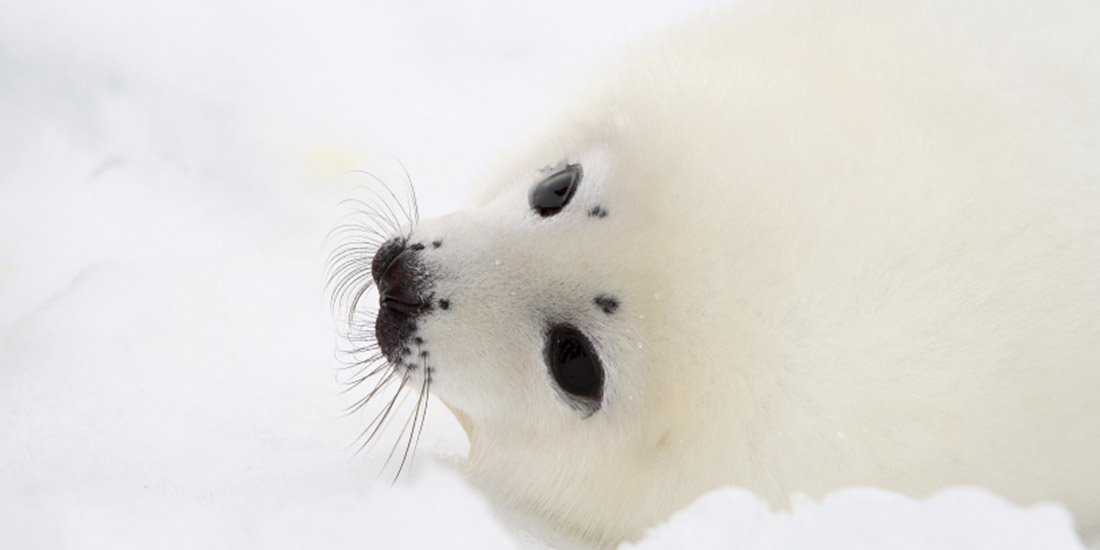 WASHINGTON — The Humane Society of the United States today condemned the recent announcement by Canada’s Department of Fisheries and Oceans of its intention to place more restrictions on legal and peaceful observation of the commercial seal hunt in 2007. The HSUS believes the move is an attempt to conceal the cruelty of the seal hunt in the wake of closing global markets for seal products.
“The DFO knows, as we do, that the recent images of the commercial seal hunt have convinced foreign governments to ban their trade in seal products,” said Rebecca Aldworth, hunt observer and director of Canadian wildlife issues for The HSUS. “It is no coincidence that this latest attempt to block observation of the seal hunt follows on the heels of resolutions in the European Union and German Parliament to ban seal products.”
Canadian lawyers argue the attempts to block observation of the commercial seal hunt violate the Canadian Charter of Rights and Freedoms. Canadian criminal lawyer Clayton Ruby said, “Canada’s oceans belong to all Canadians. If there is no one there to observe, Canadians can be kept in the dark and unaware of the cruelty of this savage hunt. This is a clear and disturbing example of Government affording more rights to industry than to citizens. Regardless of where they stand on the issue of sealing, Canadians need to consider very seriously how such a precedent could affect them.”
Over the years, the Canadian government has placed a number of unconstitutional restrictions on observation of the commercial seal hunt. These restrictions, including maintaining a ten meter distance from sealers, apply only to observers, not seal hunters. For example, earlier this year observers traveling with the HSUS – including a journalist from Reuters news agency – were accused of being slightly within ten meters of a sealing vessel and were immediately arrested and denied further observation permits. Sealers and others — who were filmed earlier in the day repeatedly coming within ten meters of HSUS observers as they tried to ram HSUS inflatable boats — were not charged with any violations.
Newfoundland politicians have defended this unequal application of law by presenting a false image of hunt observation, describing hunt observers (most of whom are independent journalists, parliamentarians and scientists) as ‘protesters’ and the peaceful videotaping and photographing of the killing as ‘protesting’ or ‘disruption’ of the hunt. Notably, the only violence toward people that has ever occurred on the ice floes has been from sealers toward observers – and that violence has steadily increased over the years. Journalists and parliamentarians are routinely physically assaulted, threatened and harassed by sealers on the ice floes. These incidents, some of which have put observers’ lives at risk, have been thoroughly documented, yet no charges have ever been laid against the sealers involved.
Animal protection groups believe this latest attempt to cover up the brutality of the commercial seal hunt is in direct response to the closing of global markets for seal products. In September, the European Parliament passed a declaration calling for a ban on the trade in harp and hooded seal products in the European Union. In all, 425 members of the parliament endorsed the declaration—the highest number of signatories on any written declaration in the history of the parliament.
Last week, the German parliament voted unanimously to ban the import of seal products. Its motion calls for the government to work toward a European ban and to introduce a temporary ban in Germany until the European Union ban is passed. Exports to Germany have grown in recent years and so far this year exports to Germany account for nearly 20 percent of all Canadian reported seal fur-skin exports. In addition, several European countries, including Belgium, Italy, Croatia, Luxembourg and the Netherlands have taken steps to ban seal products. They join Mexico and the United States, which have banned all trade in marine mammal products.
In addition, more than 330,000 consumers and over 1,000 restaurants, grocery stores and other seafood distributors mostly in the United States have joined a boycott of Canadian seafood. Many of these companies and individuals are choosing specifically to boycott Canadian snow crabs, which account for half the landed value of the fishing industry of Newfoundland – the province where almost all sealers reside and where the annual hunt takes place. Since the boycott began, the value of Canadian snow crab imports to the U.S. has declined by $330 million.
With more than 1 million seals killed in the past three years alone, Canada’s commercial seal hunt is the world’s largest slaughter of marine mammals. Veterinary experts who have studied the seal hunt in recent years have concluded it results in “considerable and unacceptable suffering” and scientists argue current kill levels pose a threat to seal populations, particularly in light of the potential devastating impacts of climate change on these ice dependent animals.
The Humane Society of the United States is the nation’s largest animal protection organization with nearly 10 million members and constituents. The HSUS is a mainstream voice for animals, with active programs in companion animals, disaster preparedness and response, wildlife and habitat protection, marine mammals, animals in research, equine protection and farm animal welfare. The HSUS protects all animals through education, investigation, litigation, legislation, advocacy and field work. The nonprofit organization is based in Washington and has field representatives and offices across the country. On the web at www.hsus.org.