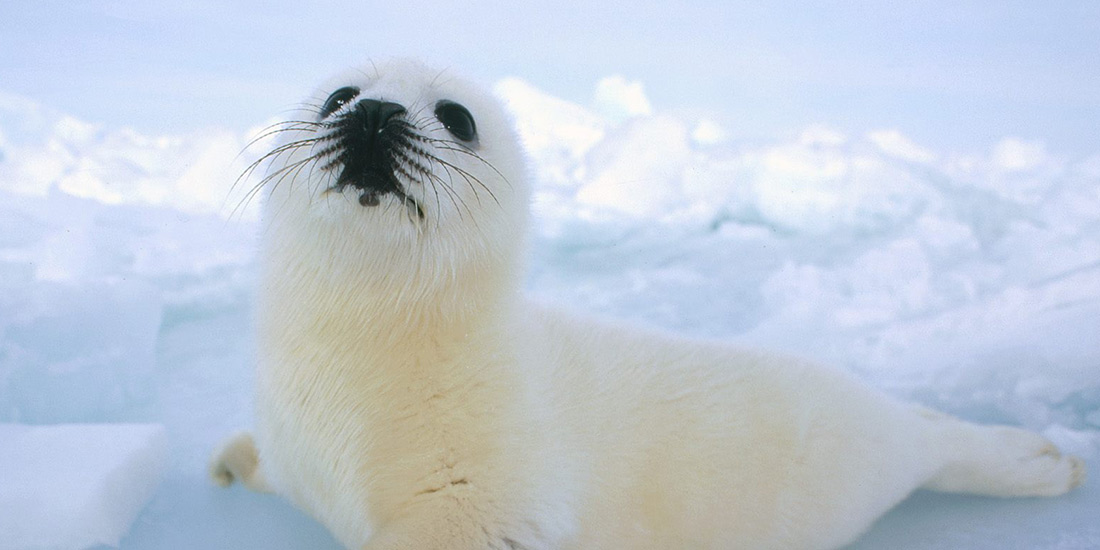 The Honourable Gail Shea, Minister of Fisheries and Oceans, on 15 March announced an increase in the total allowable catch (TAC) for harp seals for the 2010 Atlantic seal harvest.
“Our government recognizes the importance of the sealing industry to the people and the economies of Canadian coastal communities,” said Minister Shea. “Ongoing efforts are made to ensure our management decisions include the perspective of our scientists, as well as the input of Canadians in Atlantic Canada, Quebec and the North who work and depend on the industry for their livelihood.”
The 2010 TAC for harp seals has been increased to 330,000. With a potential population range between 6 million and 7.7 million, according to DFO, the current estimate is approximately 6.9 million, or more than triple what it was in the 1970s.

Statement from Rebecca Aldworth on Canadian Seal Slaughter. Slaughter opened in the “front” (waters northeast of Newfoundland) before sunrise on Thursday: “Sealers are flagrantly violating the few inadequate rules that exist to protect seals,” said Rebecca Aldworth, executive director of Humane Society International/Canada. “There were no government enforcement officers in the area we were filming. One baby seal was shot in the face, and was shaking her head in agony as she crawled across the ice for several minutes, blood trailing behind her, before a sealer clubbed her. Sealers were not checking to ensure seals were unconscious before impaling them on hooks and dragging them across the ice, throwing them onto boats, and cutting them open. In the 12 years I have observed the commercial seal slaughter in Canada, this is some of the worst cruelty I have witnessed. These images prove that Canada’s seal slaughter is cruel and inhumane.”

Only one sealing boat in the Gulf of St. Lawrence is known to have gone out in the last week. However, DFO officials are keeping quiet on the boat’s activities, refusing to report on how many seals have been killed by the crew thus far, reported IFAW. “As the Newfoundland hunt opens, we have no idea how many seals have been killed in the last week. So far, the number of seals killed has been shrouded in secrecy” said Fink, a senior researcher with IFAW.
Compared to other years, sealing activity has been stunted this year, due to the scarcity of seal pups and a decreased demand for seal products. Markets for seal pelts appear to remain saturated with prices expected to remain around $15 per skin, down from $104 in 2006. A commercial hunt for grey seals earlier this year failed to occur altogether.

With the price of seal fur plummeting and international outrage against the seal slaughter rising, there is no excuse for this barbaric event to continue wasting taxpayer dollars. The U.S. and the European Union have banned seal products.
The outlaw on the Community market of the sale, import, transit and export of seal products is intended as a response to the European Parliament’s concerns about practices that cause unjustified suffering to animals. A declaration on the subject signed by 425 MEPs in 2006 also stressed the need to take measures that would not have an impact on traditional Inuit seal hunting (3% of the world total). Parliament’s position was prompted by concerns raised by NGOs and public opinion in most Member States about the treatment inflicted on seals.
The European Union is concerned about the animal welfare aspects of the seal hunt. Doubts have been expressed about some of the methods used for hunting seals, such as shooting, netting and clubbing, that can cause avoidable pain and distress. Several EU Member States were considering, or had already introduced, national legislative measures to ban the import and use of seal skins and seal products. In the light of these concerns the European Parliament and the Council adopted a Regulation banning the trade in seal products in the European Union on 16 September 2009. It applies to seal products produced in the EU and to imported products. The aim of the Regulation is to ensure that products derived from seals are no longer found on the European market. The Regulation was published in the Official Journal on 31 October 2009, entering into force 20 days after publication.

But most of Canada’s 6,000 sealers stayed home, unable to find buyers for their catch or stymied by a lack of ice floes for the first time in 60 years on the Gulf of Saint Lawrence, which usually host hordes of seals birthing pups.
Please write to Canadian Prime Minister Stephen Harper, and Canadian ambassadors around the world to demand that they bring the massacre to an immediate end.