CHILE: A GOOD FIRST STEP TOWARDS THE ABOLITION OF GREYHOUND RACING 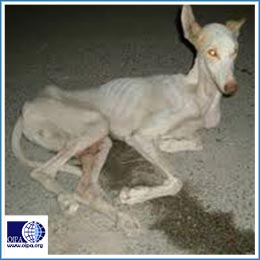 July 3, 2019 was a historic day in Chile. The Chamber of Deputies’ Committee on the Environment and Natural Resources approved a draft law on the abolition of greyhound racing. The proposal, adopted by 7 votes in favour, 4 against and 2 abstaining, will now be passed on to the Upper House for approval.

The bill in question is intended to amend the law N°20.380 on animal protection, with the specific aim of prohibiting and punishing the organization of greyhound racing.

The lawyer Maria Celeste Jimenez, animal rights specialist, explains that the Commission approved the idea to legislate with respect to the prohibition of greyhound racing, by amending article 16 of the law on Animal Protection, on the basis that greyhound racing cannot be considered a sport activity.

The Commission accepted the request of those who speak out for the weak. We all keep our fingers crossed that the draft law will definitely become law soon! 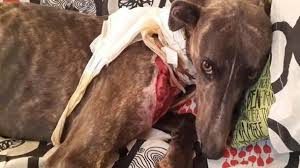 Chile is not the first South American country to prohibit dog racing.

In 2016, Argentina passed a law that criminalized greyhound racing. Similarly, last year the government of Uruguay passed a decree, ordering a comprehensive ban on dog racing because it takes place in a field of mistreatment of animals.

The decision of the Chilean Chamber of Deputies’ Committee on the Environment and Natural Resources was influenced by a large group of Chilean veterinarians, that have recently come out in favour of the prohibition of dog racing. On June 27, 222 of them submitted an official letter to the Chamber of Deputies and the Committee on the Environment and Natural Resources. The statement contained a list of reasons for a total dog-racing ban.

– Exhausting physical training to obtain maximum speed and performance. This kind of training is incompatible with animal welfare, eg. forcing the dog to run, tied with a string to the back of a motorcycle or a pickup.

Dogs used for racing have a lower life expectancy, in comparison to their own kind (2/3 years versus 10/12 years).

– Selection and breeding. In order to obtain a “champion”, it is necessary to make a selection among tens and tens of dogs.

This breed is characterized by the possibility to develop bone cancer (Dobson, 2013). Dogs with cancer, of course, do not receive the necessary medical treatment.
In Chile these figures are unknown. However, it is reasonable to think that life conditions of racing dogs in Chile are actually harder than in other countries. 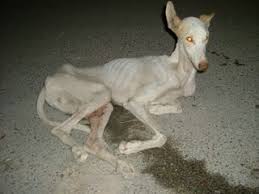 –  Confinement for a prolonged period. Dogs are locked in a cage or tied to a string for a long period of time. They are let out only to receive training. Their ethological needs are not taken into consideration. The confinement can also cause the overproduction of cortisol, a hormone that can weaken the inmune system.

– Every single dog used for racing will have many injuries, throughout its life. Because of the high impact speed, fractures and traumas can be severe. Expensive and sophisticated techniques would be necessary to treat the dogs in such cases.

The veterinarians affirm that in the exercise of their profession they had to amputate the leg to many dogs for lesions attributable to fall injuries.

– Characteristics of greyhound racing in Chile:

The description of greyhound racing in Chile does not qualify it as sport activity, according to the Sports Act 19.712

Some examples of sport activities with the participation of dogs are: agility, trekking, disc dog, canicross, etc. In these sports dogs are trained using rewards and positive reinforcement, and by taking care of their specific needs. This does not happen in greyhound racing.

– Dogs are not trained

Contrary to sport activities set out in the previous paragraph, dogs used for racing are not trained and immediately after the race they are confined in cages.

– There are violations of the assumptions on responsible pet ownership within the terms of the law n. 20.020.

Even though the law can be improved, it has led to substancial progress. It foresees, for instance, that the owner of a dog is responsible for his pet’s health, which includes regular veterinary care. Dogs used for race are subjected to extreme excercise and only rarely undergo medical examination.

Greyhounds are shamelessly exploited. We all hope the draft law will soon become law. The recently established office of OIPA in Chile did not contribute to this success…but sends its cogratulations to Galgo Libre and the other associations that struggled to this end.