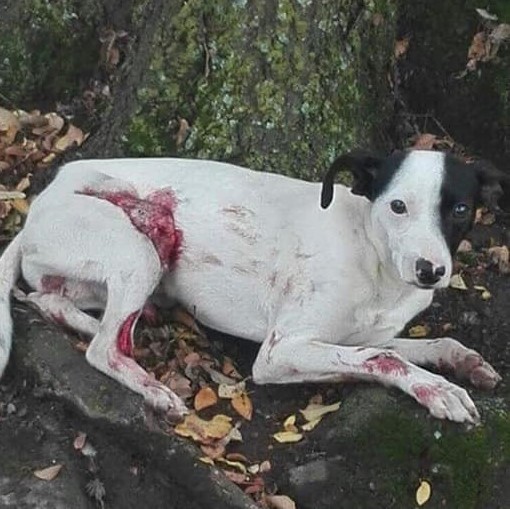 Cases of cruelty on animals are a daily occurrence in Chile. In this country, there is still no respect for animals and people hardly acknowledge the existence of animal rights.

Last December, a law was adopted which promotes responsible animal ownership, requiring animal owners to microchip their dogs and enrol them to dog birth register. This might seem some progress after all… NO. People misunderstood the ratio of the law and the number of abandoned dogs is on the increase. Dog owners usually let their dogs roam the streets, where they look for food in garbage. This also leads to an increase in the size of stray dog population because in most cases they are not spayed or neutered.

In Chile there are only a few small local associations and freelance volunteers that make a big effort to save and rescue dogs and other animals anytime, day or night.

OIPA Chile was created with a view to bringing education in the area of animal welfare, collaborating with local associations both at the municipal and central level, providing veterinary volunteers, organising sterilization and vaccination campaigns for stray cats and dogs…

Our new International representative for OIPA Chile was already engaged in activities in favour of animal rights before taking the decision to join OIPA team.

In particular, she actively participated in the sad story that follows.

The Brigade for the Investigation of Crimes against the Environment and the Cultural Heritage shut down a kennel (“perrera”) situated in Chillán. This action was taken following a large number of reports of animal abuse and insanitary conditions. In fact, this kennel shall be considered as a true and proper concentration camp for dogs. The situation was appalling: animal rights volunteers affirm they witnessed dogs eating each other. A dog was bleeding after having been attacked by other dogs; regrettably, he was euthanized because of the high blood loss. The kennel was inhabited by a total number of 40 dogs. The action was carried out following an agreement between city authorities and local animal rights associations that stated that these latters would take care of the rescued dogs. The municipality of Chillán has provided a temporary home for the rescued dogs but volunteers have to find a foster family for every dog of the kennel with urgency. In addition, there is a strong need for dog food and medicaments at the moment.

Of the original 40 dogs, 2 have died, 10 have already been adopted, 2 will probably been euthanized because of their critical state of health. The other dogs are still looking for a lovely family that will take care of them.

With your contribution, OIPA Chile will help the poor dogs of the perrera of Chillán, that still need to be treated after years of captivity. 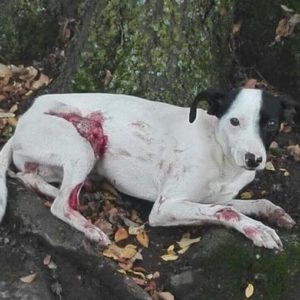 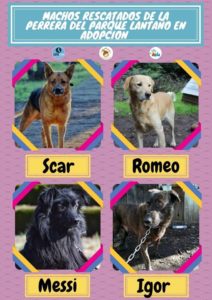 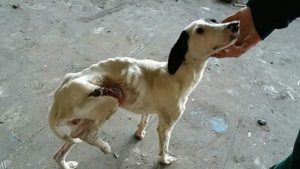 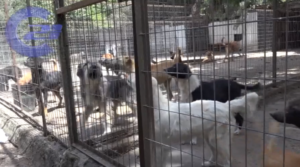