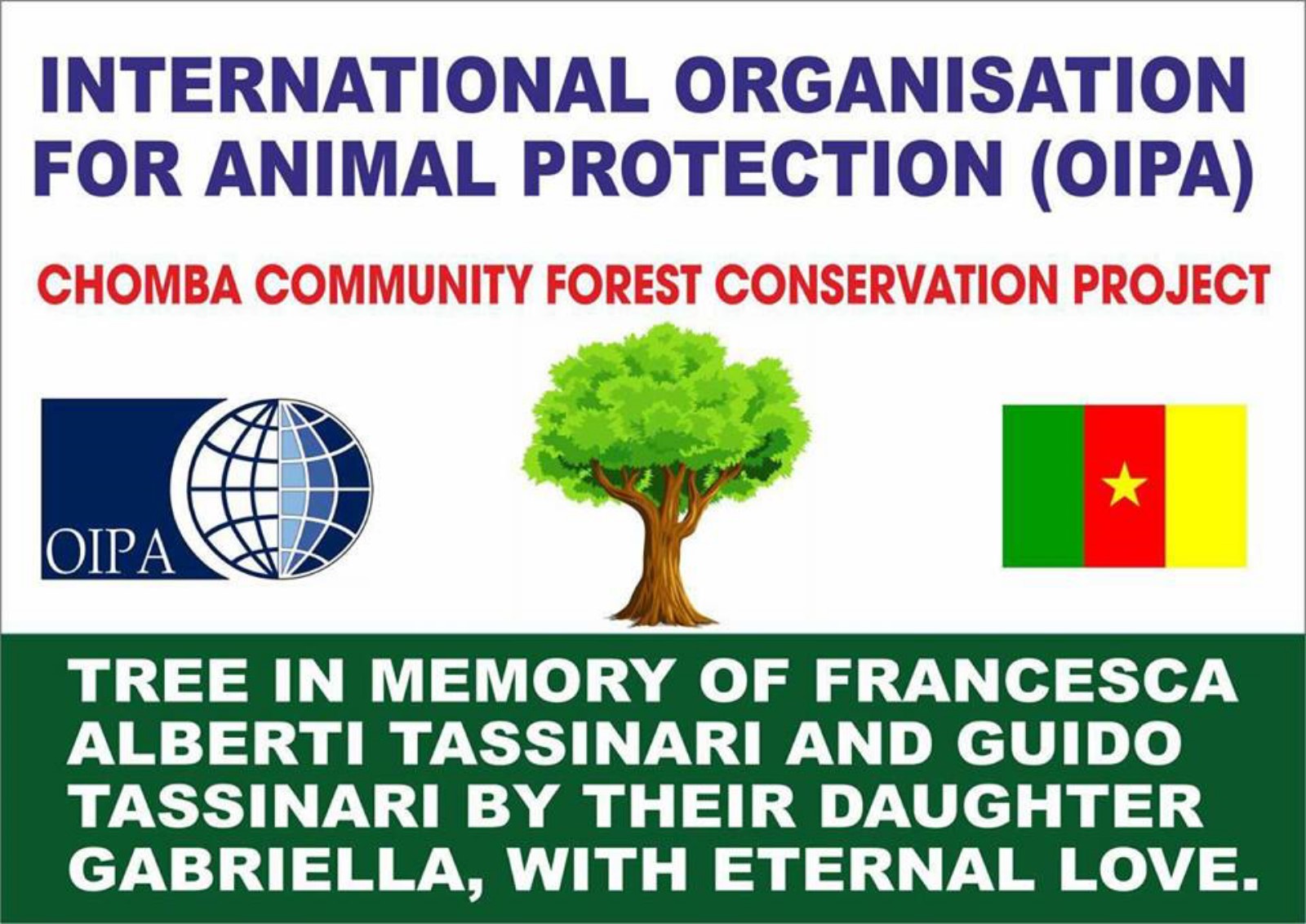 OIPA Cameroon has launched a community-based forest management project for the conservation and sustainable use of the Northwest region biodiversity and ecosystems.

The project has the overall objective to restoring wildlife habitat and improving water quantity and quality for the community principally through tree-planting in the Chomba community forest. 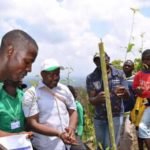 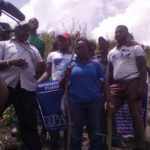 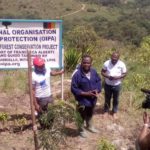 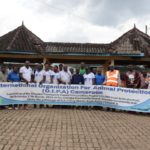 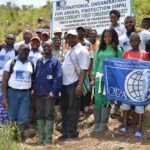 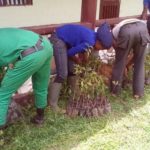 On January 3, 2018, the International representative of OIPA in Cameroon made a tour alongside the Regional Delegate for Environment, Professor Chongwa and the village elders. The aim was to map out where to plant 10.000 trees.

To meet this end, a series of meetings was held between technicians, the Regional Delegate for Environment and OIPA volunteers.

The International Representative of OIPA in Cameroon then presented a briefing of the project to the Council of the Elders of the Chomba community at the Chomba Fon’s Palace. The community warmly welcomed the project idea and the elders promised to collaborate with the project’s goals encouraging the participation of young people community to volunteer to the tree-planting exercise scheduled to start by March 2018.

Launching of the project

Attending the ceremony were:

The project site (Atualah Water Catchment Area Chomba) is about 5 km from the Fon’s Palace. The whole community undertook a 2-hour hiking expedition with great enthusiasm.

Once arrived at the project site, the inauguration ceremony opened with a prayer from one of the elders in the community.

In his welcome speech, the International Representative of OIPA in Cameroon, Mr Che Gilbert Ayunwi expressed his happiness to see the strong participation of the community in the realization of the project and thanked the Fon of Chomba, the members of Chomba Traditional Council and Chomba community for their collaboration with OIPA.

He particularly welcomed the presence of the Regional Delegate for Environment, Nature Protection and Sustainable Development for the Northwest Region of Cameroon, Mr. Moma Henry Awah for his overall contribution to the project.

Mr Che Gilbert Ayunwi made special remarks and thanked Gabriella, who is the main donor of the over 10.000 trees in memory of her parents Francesca Alberti Tassinari and Guido Tassinari. On this note he asked for one minute of silence to commemorate them.

On behalf of OIPA, he promised to work in collaboration with the community in order to conserve and restore the forest ecosystems and the animal populations.

The Project Coordinator for OIPA in Cameroon, Dr Tening Aaron Suh, said he was optimistic the project would help to address some of the major challenges in forest conservation and stressed the importance of afforestation both for people living around forested areas and for the conservation of biological diversity.

In particular, he acknowledged the role of afforestation in the improvement of soil structure that will enhance the functioning of soil organisms and increase the capacity of soil to retain more water within the water catchment area. At this end, he called on everyone to play a big role in protecting the young trees and.

In his speech, the representative of the Chomba community promised the community’s full loyalty to this kind gesture by OIPA.

The Regional Delegate for Environment, Nature Protection and Sustainable Development for the Northwest Region of Cameroon, Mr. Moma Henry Awah acknowledged “this giant step taken by OIPA to plant trees around the Chomba water catchment area”. He pointed out that tree planting is an act of faith in the future of our environment, an incentive for progress and the fight against climate change which goes with the slogan “Think globally and act locally”. Consequently, the fundamental role of the rural population in the fight against climate change is enormous. He also stated that “this project is the icing of the cake and it will not only benefit animals but will also benefit humans and nature” and he promised the full support of the Government of Cameroon and his Ministry in particular.

It was at this point that he officially inaugurated the “Chomba Community Forest Conservation Project” by planting the first tree. This paved the way to the start of the tree-planting activities, in which all the community took part in.

The launching ceremony continued with group photographs at the project site and at the Fon’s Palace.

The launching ended with light refreshments and closing remarks were given by the International Representative of OIPA in Cameroon. For the more than 100 people who attended this event, it was a day of joy and celebration in Chomba.

The Bamenda Highlands region was once largely covered with montane forests. Over time, the forests were progressively cleared.

Although deforestation is mainly a result of land being converted for agricultural purposes, the causes and nature of deforestation are often complex and may vary significantly from country to country. International efforts towards increasing sustainable forest management in developing countries have proven difficult, and attempts to reduce greenhouse gas emissions add another layer of complexity. In the Bamenda Highlands region deforestation has rapidly increased over the last decades as a combined effect of growing population, declining economic conditions, decreasing soil fertility and an increase in the demand for new farmland.

Despite these interests, the local population understands the importance of the montane forests: the forests act as watersheds for many of the watercourses of the region, they are fundamental for important resources such fuelwood, medicines and honey, and they also have a significant cultural and spiritual value.

Today in the Bamenda Highlands region, there are only patches left, which are recognized as important centres of endemism, containing significant numbers of birds, animals and plants that are found nowhere else in the world.

The awareness of the importance that forests have for the ecosystem and for the life of local population favoured the spreading, in recent years, of the concept of community forestry in the academic and development circles in Cameroon as an appropriate model for pro-poor and pro-forest development.

One of the goals of OIPA International Organization for Animal Protection is to ensure collaborative actions in communities with vast ecological diversities and contribute to environmental protection through the reduction of greenhouse gas emissions from deforestation and forest degradation while maintaining and improving sustainable forest management.

Chomba is a village located 6 km outside Bamenda town in Northwest Cameroon, a high grassland area with mountains, forest, plateaus and powerful waterfalls.

The population of Chomba practices subsistence agriculture, that has negative-side effects on the forest environment such as the reduction in number or even in some cases the disappearance of animal and plant species, destroyed water sheds and a drastic reduction in the highland forest landscape area. Climate change is also negatively affecting the area as the higher temperature era causing an ecological imbalance or disequilibrium in the forest.