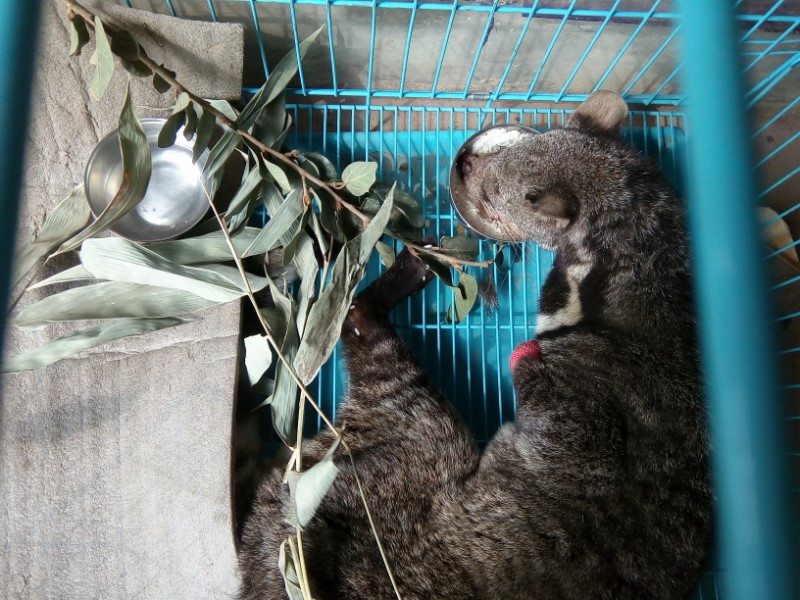 “Strange Creature” for the locals of Kakre, Nala, Kavrepalanchok District of Nepal, Large Indian Civet was observed injured, lying in the dry field.

Wounds in forelegs, neck and broken nose proves that this creature has undergone through a fight. Was it because of internal fights for matting superiority or a defence of larger wild animal attacks, but the wounds are observed infected and have deep wounds. 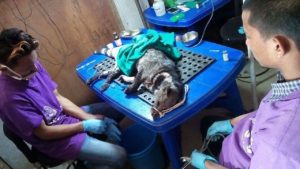 OIPA Nepal volunteers, NAWRC, were contacted by locals on Sunday 25th February at evening time. So, the day after, early morning, they rush with presence and consensus of District Forest Office, District Livestock Service Office and Local Police Station, to rescue and give medical support to the animal.

OIPA volunteers provided treatments to the injured paw and clean the wounds, but they still need resources to handle this kind of emergency cases in wildlife rescues and treatments. They named the animal Passion.

PASSION was found terrified, scared, traumatized and fraustrated when they first see him. He was lying in dry field, dehydrated and hopeless since last one week. Local people were offering him boiled rice and milk, but it was not his most suitable food. So, having unproper diet for a week in a strange habitat made him weak. His bones marks were seen outside of the skin. 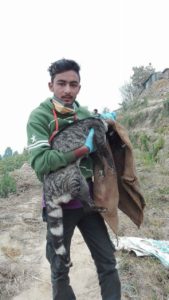 OIPA volunteers used jute sacks to cover his eyes and hold him to start medication. First they were able to give him low dose of sedative medicine and wait till he was quiet. Then they started pain management and gave him first dose of Antibiotics. After few minutes of rest with antibiotics, we were able to carry him towards our vehicle to clean his wounds and bandage the leg. His nostrils were seriously damaged, both forelegs were injured, there were several wounds in his neck and tail, so he was not able move.

The road was rough, muddy and unmanaged, though we manage to keep the animal safe and relieved.

If you want to help the Civet to recover please donate and help the volunteers to provide vet treatments, food and professional equipment for wildlife keeping. 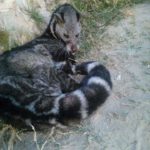 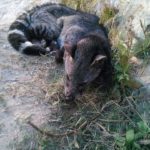 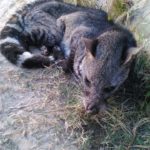 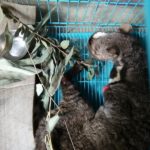 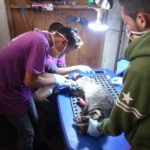 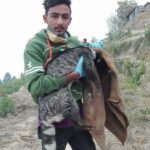 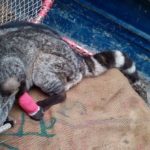 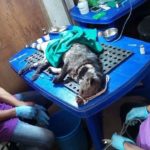 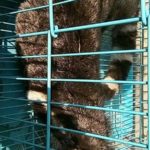 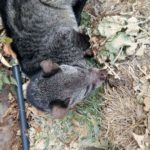