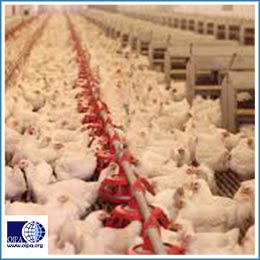 On the mass media, we have recently had the pleasure to know about Greta Thunberg, the Swedish girl who only seven months ago, every Friday would not go to school as a sign of protest and stand alone in front of the Swedish parliament holding a written slogan: “School strike for climate”.

In December, she spoke at the UN Climate Conference blaming world leaders for behaving like “irresponsible children, not mature enough to say things the way they are”, and from that point she invited all the kids to mobilize for this cause.

She also spoke in Brussels in front of the European Economic and Social Committee, to say that “there is not enough time to allow us to grow and take control of the situation”.

In Greta’s opinion, the fact that the mighty operate and talk keeping a lid on the appalling climate situation that we are already experiencing is one of the main reasons why people do not panic and react. And yet how easy it would be to find out about the real situation?

There is no malice in all of us. But maybe, there is something worse: “selective disinterest”. People concern themselves with recycling or not using the car, but cannot pass a succulent and savoury piece of meat.

The single biggest thing a person can do right now to reduce their impact on the planet is stop consuming animal products and change to a vegan diet.

An example: Methane gas (CH4); 25% is released into the atmosphere during the digestive processes from goats, cattle and sheep, 30% instead evaporates from manure, up to 10 % comes from fertilizers and over 30% due to deforestation.

According to a report from FAO the production of meat is set to double from now to 2050. Livestock intensive production currently occupies 70% of agricultural land and is responsible of 18% greenhouse gases emissions measured in carbon dioxide (CO2) as well as 37% of methane.

Billion tons of carbon dioxide CO2 and methane are released every year due to livestock induced biomass emissions or anaerobic decomposition of organic material in manure. 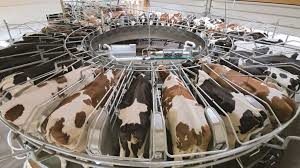 Moreover, to make things worse about 97% of nitrogen fertilizers are derived from synthetically produced ammonia. Nitrogen enters livestock through food given to animals that contains 10 to 40 grams of nitrogen/per kg of dry matter (FAO, Livestock’s long shadow – environmental issues and options, 2006).

A kilogram of beef is responsible for the equivalent of the amount of CO2 emitted by the average European car every 250 kilometres, and burns enough energy to light a 100-watt bulb for nearly 20 days (New Scientist magazine, 18 July 2007).

Moreover, a cow releases on overage between 70 and 120 kg of Methane per year. Methane is a greenhouse gas like CO2. However, the negative effect on the climate of Methane is 23 times larger than the effect of CO2. Therefore, the release of about 100 kg Methane per year for each cow is equivalent to about 2’300 kg CO2 per year (www.timeforchange.org).

A more recent document confirms the data set out above: “The livestock sector is often associated with negative environmental impacts such as land degradation, air and water pollution, and biodiversity destruction… 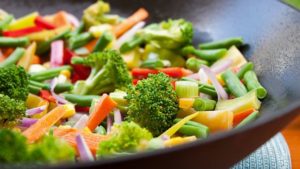 Taking to the streets is right and proper, but it is not enough. We have a moral duty to combat climate change in everyday life. And we can this beginning at adinner table.