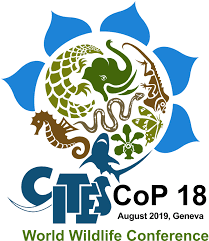 17-28 August 2019 – Representatives from more than 180 states met to discuss the protection of over 500 threatened plant and animal species. The loss of biodiversity is continuing at an alarming rate; at least half of the species risk to go extinct by the end of this century. 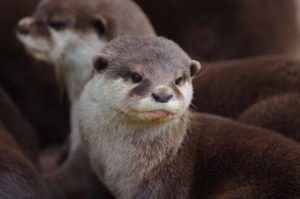 Once, the Asian small-clawed otter, the smallest species of otter, was very much common in Southeast Asia. Over the last 30 years, their number declined dramatically because of habitat loss, poaching and trade in live specimens (they are used as pets). The proposal to list the Asian small-clawed as well as smooth-coated otters was floated by Bangladesh, India, Nepal and the Philippines. They were both accepted by vote with more than the required two-thirds majority. Asian small-clawed as well as smooth-coated otters, that were earlier listed in Appendix II of CITES, have now been included in Appendix I (highest protection from trade).

The global pet markets are increasingly threatening amphibians and reptiles. 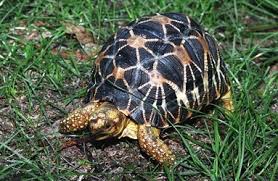 At CoP18 it was decided to increase monitor and regulation for a number of endangered species. Among these, Tokay gecko (now uplisted to Appendix II), whose wild populations are being decimated for medical purposes, and the Indian star tortoise, which was transferred from Appendix II to I, thereby restricting commercial trade in this species.

Moreover, trading in Gonatodes daudini was definitely banned. This rare species of gecko lives in the Antilles. It was classified only in 2005, but since then many specimens have fallen victim to poaching.

One of the main proposal was to restrict trade in African elephants captured in the wild and intended for zoos, circuses and amusement parks.

Parties finally decided to restrict trade from Zimbabwe and Botswana. Elephants can no longer be shipped to zoos and circuses worldwide, but it is still permitted to move elephants to conservation areas in different African countries. 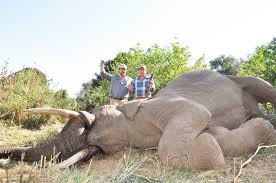 There is one single exception: African elephants can be exported to a non-African country only if that country can prove that there’s a real conservation benefit to sending an elephant elsewhere.

At CoP18 giraffes have finally been accorded protection for the first time. Indeed, following a proposal by 6 African countries (Central African Republic, Chad, Kenya, Mali, Niger and Senegal), parties passed a resolution to place them in Appendix II. This is a big win for the tallest mammal on earth. It was vital for its conservation that this species was listed in CITES. Indeed, giraffes have experienced a dramatic population decline over the last three decades, their numbers plummeting by up to 40 per cent.

Namibia and Eswatini’s proposal to reopen legal trade in white rhinos was rejected. Thought to be extinct in the late 1800s, the white rhino is now considered as near threatened by the International Union for the Conservation of Nature. 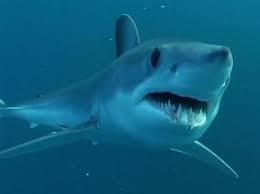 The proposal to list both mako shortfin and longfin sharks species in CITES Appendix II has been approved! This means, they can’t be traded unless it is shown that fishing wouldn’t endanger their conservation. The proposal was led by Mexico and can be seen as a great victory, as before CoP18 mako sharks were  not protected under CITES.

Not only animals. Many arboreal species are put at risk by international trade. 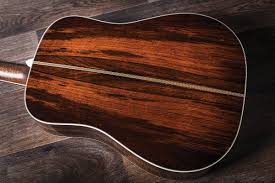 Rosewood represents the world’s most illegally trafficked wild products. It was decided that finished small products up to a maximum of 10 kg of the listed wood, and finished musical instruments and their parts and accessories will no longer require a permit for export. This exception only applies to musical instruments as CITES has generally accepted these products are not a substantial contributor to the trade.

With 183 Parties, the Convention on International Trade in Endangered Species of Wild Fauna and Flora (CITES) remains one of the world’s most powerful tools for wildlife conservation through the regulation of trade. Thousands of species are internationally traded and used by people in their daily lives for food, health care, housing, tourist souvenirs, cosmetics or fashion. CITES regulates international trade in over 35,000 species of plants and animals, including their products and derivatives, to ensure their survival in the wild with benefits for the livelihoods of local people and the global environment. The CITES permit system seeks to ensure that international trade in listed species is sustainable, legal and traceable. CITES was signed in Washington D.C. on 3 March 1973 and entered into force on 1 July 1975.

Appendices I, II and III to the Convention are lists of species afforded different levels or types of protection from over-exploitation.

Appendix I lists species that are the most endangered among CITES-listed animals and plants. They are threatened with extinction and CITES prohibits international trade in specimens of these species except when the purpose of the import is not commercial, for instance for scientific research. In these exceptional cases, trade may take place provided it is authorized by the granting of both an import permit and an export permit (or re-export certificate). Article VII of the Convention provides for a number of exemptions to this general prohibition.

Appendix II lists species that are not necessarily now threatened with extinction but that may become so unless trade is closely controlled. It also includes so-called “look-alike species”, i.e. species whose specimens in trade look like those of species listed for conservation reasons). International trade in specimens of Appendix-II species may be authorized by the granting of an export permit or re-export certificate. No import permit is necessary for these species under CITES (although a permit is needed in some countries that have taken stricter measures than CITES requires). Permits or certificates should only be granted if the relevant authorities are satisfied that certain conditions are met, above all that trade will not be detrimental to the survival of the species in the wild.

Appendix III is a list of species included at the request of a Party that already regulates trade in the species and that needs the cooperation of other countries to prevent unsustainable or illegal exploitation. International trade in specimens of species listed in this Appendix is allowed only on presentation of the appropriate permits or certificates.