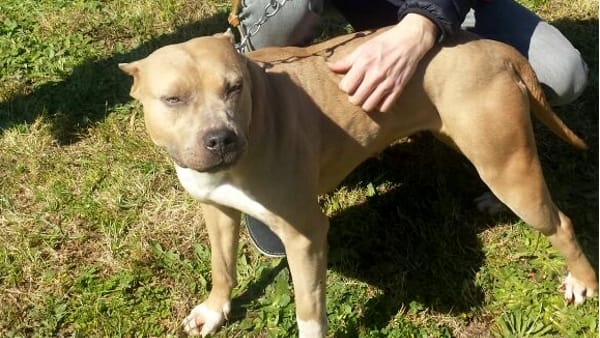 MUTILATED DOGS AND FAKE CERTIFICATES IN THE NAME OF A “DIRTY BEAUTY”: OIPA ANIMAL CONTROL OFFICERS IN ROME REPORT TO THE JUDICIAL AUTHORITY 30 DOGS OWNERS AND 4 VETERINARIES

After a year of investigations, OIPA animal control officers in Rome, Italy, have reported 30 dogs owners and 4 veterinaries to the judicial authority, charging them with the following crimes:

Over the last year the Roman operative team has carried out checks in national and international beauty exhibitions, identifying those dog owners whose dogs showed significant mutilations in their ears and tails, and seizing copies of the veterinary certificates used as justification for the mutilations.

The process of investigation has been extremely long and difficult. However, it has revealed that, in most cases, the presented certificates were false, because letterheads were copied or completely falsified.

Tail docking and ear dropping for aesthetic purposes are prohibited by provisions of the European Convention on the Protection of Pet Animals, which Italy ratified with the law 201/2010. Yet, despite the fact that this practice is illegal and therefore liable within the meaning of Article 544 ter of the Italian Criminal Code, it is still widely practised in breeds such as dobermann, pitbull, American staffordshire and other breeds belonging to the group of molossers.

The reason? Profit, as always.

Dogs who win at the exhibitions obtain titles and gain prestige. As a result, puppies from these titled parents are much more expensive than from untitled ones. Another way to profit from one’s own dog is to use it at stud.

In four cases, certificates were signed by foreign veterinaries: the checks performed in collaboration with respective Embassies revealed that the certificates were false. Other certificates were found genuine but left room for doubt since they were attributable to the same few veterinaries – as if all dogs affected by othoematoma, chronic otitis or with wounded tails were treated in the same offices, even though remote from their homes. Those genuine but anomalous certificates have been forwarded to the National Federation of Italian Veterinarians, in the hope that it will take appropriate measures.

The International Cynological Federation (FCI), an International umbrella of breeders’ associations draws up a set of guidelines covering specific externally observable qualities such as appearance, movement and temperature- the breed standards. Sadly, it still involves, for many breeds of dog, dropped ears and docked tails, leading dogs owners to make their dogs undergo to these kinds of elective surgeries for “aesthetic” purposes.