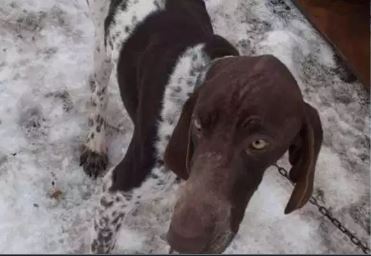 After one month of investigation, OIPA Chile filed an animal welfare complaint together with the local associations Search Chillán Chile. The alleged mistreatment took place at Nevados de Chillán, located in a cold mountainous area, where a number of dogs were used for dog sledding trips.

On-the-spot checks have been carried out by Samuel Molina, OIPA Chile Vice-Representative, because of his expertise in animal welfare. The checks revealed the appalling conditions in which the animals were kept.

First, most of the dogs belong to the breed of the pointers – that is totally inappropriate for this kind of activities and for the harsh climate of the Nevados de Chillán. 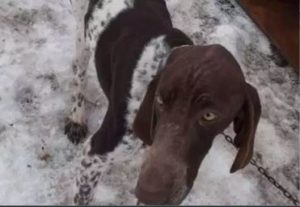 Secondly, the dogs were found tied to thick chains that stopped them from moving freely, and in poor health conditions.

Furthermore, all of them were underweight and didn’t have a place to rest and shelter from the cold.

The Hotel owners defended themselves against accusations of animal mistreatment, adding that an outside firm manages the dog sledding service.

In a recent interview, OIPA Vice-Representative Samuel Molina stated ‘It might be assumed at first sight that the dogs are clearly mistreated, they lack the access to good nutrition, and risk to get freezed’. ‘For the dog sledding service, the responsible company is using pointers, and this is against the law. Indeed, only huskies can be used as sled dogs’. Samuel Molina stressed that ‘Pointers are short-haired dogs, they are not fit to live at low temperatures. They are usually used for hunting at lower altitudes’.

We thank OIPA Chile for having unearthed this bad case of animal mistreatment.

If you want to support OIPA Chile activities, please make a donation. Earmark the purpose of the payment: OIPA Chile