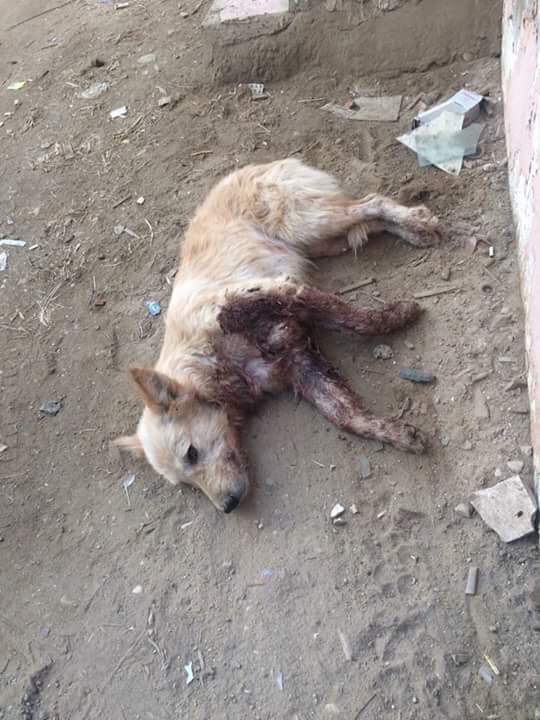 Our email box is bombarded by emails of tourists and citizens that report cases of killing of free roaming dogs in Egypt.

For this, we have contacted a local animal protection association, CART Cairo Animals Rescue Team, for more information.

They shared pictures and footages with us but we can’t publish most of them because they are too violent and graphic for some viewers.

The information given us by CART are very detailed and show the reality of a country where animals are not protected in any way.

In Egypt, animal control is under the jurisdiction of the ministry of Agriculture. Egyptian institutions’ way to tackle the stray dogs issue is very simple: to kill ALL free roaming dogs. The problem is that the country has not yet adopted an Animal Protection Act. Therefore, no one can monitor what happens because there are no laws that can be applied. 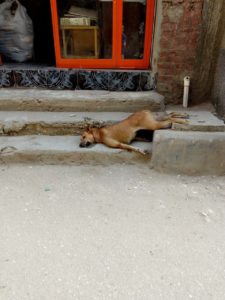 In the last 60 years, the Egyptian population has been brainwashed into believing that dogs mean rabies and impure animals and that they are dangerous for human life. This indoctrination led many people to take their own action against free roaming dogs, poisoning and shooting at them.

Once in a city near Alexandria named Albehera 18 thousand dogs were killed, thus disturbing the ecological balance. As a result, snakes came out and killed many humans. Guess which was the solution? To poison snakes! Deranged minds…

Killers of dogs paid by the government usually use strychnine and sometimes shoot at them.

Animal rights activists are at the end of their rope. They tried to make the institutions understand the futility of killing dogs in order to reduce stray dog population. After decades of killing of animals what are the results? Dogs have not disappeared; actually, their number is constantly increasing.  But nothing…they don’t realise. Why do they keep buying strychnine and poisoning them??? How long it will be, we wonder, before they realise that killing is useless and CNVR is the only effective (and humane) way to control stray dog population.

Sadly, Egyptian local and national authorities don’t seem to understand. Their answer is always the same: TNR is impossible in Egypt and it is also too expensive. Then how about all the money spent in poisons and vets, who don’t do their job?

Could it be that corruption and illegal trafficking in strychnine plays a role in Egyptian institutions’ choices?

CART succeeded in reaching an agreement with the mayor of a city near Giza called Shaikh Zayed not to poison dogs. For their part, CART volunteers will implement a CNVR program. Vaccination of stray dogs is of great importance in Egypt because wild animals coming from the desert like wolves, foxes and rats may carry rabies and transmit it to dogs.

A few months ago some politicians came up with a ‘brilliant’ idea: Export dogs to China!!!!

Animal rights defenders’ reaction was immediate. They attacked hard those politicians, and their protests produced strong resonance on social media, all over the country and worldwide. The Parliament intervened at that point, calling the most active volunteers for a meeting to find a suitable solution for the dogs. Most members of the Parliament hate animals, while others are more sensitive to the issue. However, the Ministry of Agriculture stood firm in its position: dog culling is the only solution.

Animal rights activists replied that their rude and cruel methods didn’t solve the problem for over 60 years; and TNVR isn’t impossible to be carried out; indeed, CART program in Shaikh Zayed is making good progress.

Animal haters within Parliament often play dirty, everybody knows that. Sometimes they spread fake news about alleged dogs’ attacks against kids or rumours and false statistics to induce people to hate and fear dogs.

The Parliament has requested a study on the CNVR solution recently; but nothing has been done in the last months. Moreover, as a revenge against those deputies that support their humane ideas, the number of dogs killed is on the increase.

Furthermore, animal rights associations helped draft a new animal law together with all governmental organizations related to animals and a few members of parliament…It happened one year ago, but the legislative proposal has not yet been discussed. The draft law aims at prohibiting killing of stray dogs and adopting more humane dog population management programs.

In Egypt there is no legislation to protect stray dogs, they have no right. You will only be punished if you have killed an owned dog, because animals are considered only to be a form of personal property.

OIPA expresses its support to CART and all the other associations and individuals committed to the cause of animal rights in Egypt. 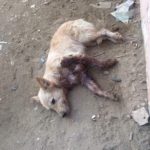 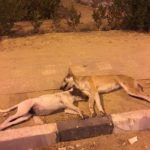 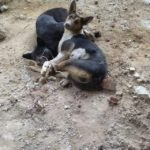 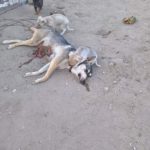 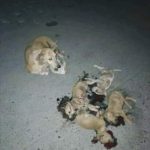 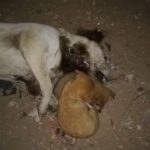 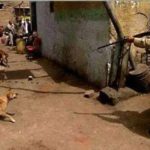 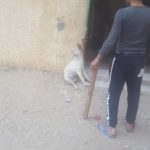 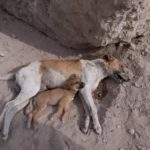