DOGS KILLER CAPTURED IN LEBANON, BUT MUM AND PUPPY ARE NOW SAFE 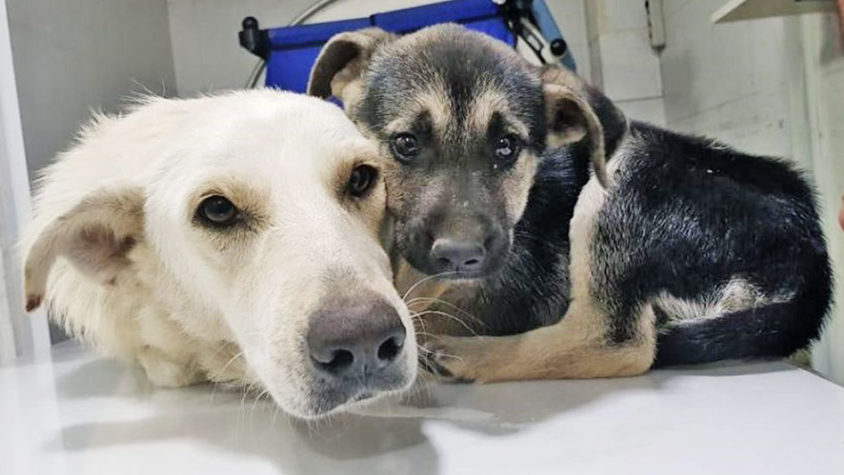 A man was seen shooting a dog with her two puppies: one of the two unfortunately died, while the other hopefully survived. A couple, who saw the scene, called immediately the police and the association Animals Lebanon, member league of OIPA International. While waiting for their arrival, they tried to help the poor bleeding mum injured but still alive, but the man came back with his gun and, after drugging her body across the street, he threw the dog on the back of his vehicle running away.

The police in cooperation with the association Animals Lebanon, thanks to the number of licence plate, was able to reach the man and forced him to show where the dog had been taken. She was found dumped in the bushes bleeding to death alone. 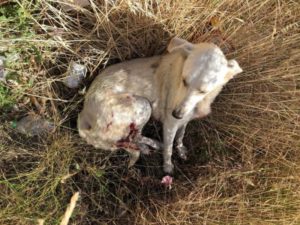 The man has been arrested, obliged to pay all medical expenses for the dog and his gun confiscated. Further actions will be taken soon, in Lebanon in fact there are penalties under the Animal Protection and Welfare law (www.animalslebanon.org/law) that tries to safeguard animals from killing and abuse.

Mum and puppy are now safe under the care of the volunteers of Animals Lebanon, member league of OIPA International. She has bullets all over her body that sadly will remain, but no major organs were affected. Her puppy was so caring and happy to be with her that he kept so close to her making sure she was ok.

If you want to help Thor and his mum and all the animals rescued by the volunteers of Animals Lebanon, please donate to OIPA International and remember to specify “Animals Lebanon” as reason for payment. Thanks!