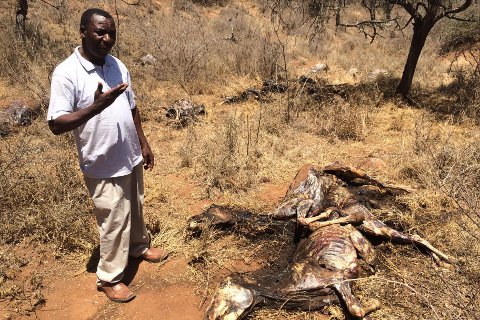 <<In a rural community in Tanzania, the villagers woke up and found all 24 of their hardworking donkeys had been stolen, killed and stripped of their skins overnight. A devastating blow for the community and a horrific way for these animals to die.  The current demand of skin is relentless. Action must now be taken to curb this trade, in the interest of both animal and human welfare>>.

According to the Food and Agriculture Organization, the global donkey population is estimated at 44 million. The donkey’s role depend on the communities in which it lives and works. Usually, its traditional role includes riding, ploughing and carting, with less roles in entertainment and food production.

During the last years the global demand for donkey’s products has escalated rapidly, with a particular interest in products from donkey’s skin. The donkey skin trade and the lesser extent associated meat trade is related to both animal and human welfare and it regards Asian, African and South American countries.

But it is the trading in donkey skins that is rising rapidly. Within the last two years it counts a minimum of 1.8 million donkey skins traded per year, and its global demand has been conservatively estimated to be up to 4 million. 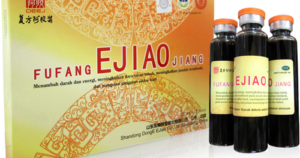 In particular donkey skins are used to produced a traditional Chinese medicine (TCM), called ejiao, which is based upon extracts of donkey gelatin in the hide mix with herbs and other ingredients. Ejiao is a medicine with ancient roots and has been promoted as a product worth of emperors and now has become a luxury product for the new cash-middle classes.

Its wide-ranging health benefits are claimed for the products, including anti-ageing properties, a reduction in reproductive-organ disease in women, and the potential to benefit cancer patients. The high level of demand by the Chinese market are increasing the purchase price of donkeys and the products of donkey origin are so highly sought after that ejiao can sell for up to £ 330/kg. 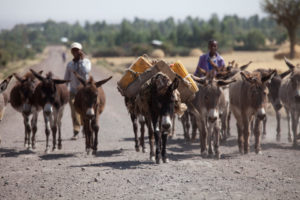 So it appears to be the demand of donkey skins to be the driving factor in the increasing slaughter of donkeys globally.

As a consequence the China’s donkey population has reduced drastically, from an estimated 11 million in 1990 to an estimated 6 million in 2014, as reported by Chinese agricultural authorities.

Furthermore the interest in ejiao products is increasing outside China borders too. New reports have highlighted the availability of products containing ejiao in TCM stores in London and being freely traded throught international trading platforms such as eBay and Amazon.

The global donkey population is now highly vulnerable to these markets.

Also African countries are a key target for donkey skin trade. In fact, in 2016 the trade to China from Sub-Saharan Africa represented approximately 25% of all trade, compared to just 2.3% in 1985, thanks to the recent history cooperation between African governments and China. 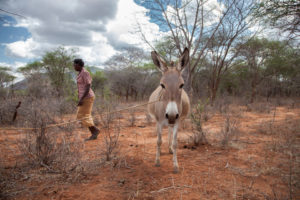 In these countries also appear to be two slaughter processes: one in legal, government-sanctioned slaughterhouses and another small-scale slaughter which is based on stolen donkeys. For example, 250 skinned donkey carcasses were discovered in Egypt. In Tanzania more than once donkeys were stolen overnight from rural areas. In South Africa animal welfare organizations are regularly receiving reports of donkeys slaughtered in rural areas for their skins.

Although in some cases governments approved donkey slaughterhouses, such as in Namibia, Botswana, Tanzania and Kenya, in other countries, like Burkina Faso and Niger, governments has banned the export of donkeys and their products.

In Asia, Pakistan was the first country to ban the export of donkey skins, in order to reduce the impact of donkey meat which is fraudulenty sold as beef for public consumption. This is

an aspect that contributed to complicate the situation about the religious heritage which surround the consumption of donkey meat: in fact it is considered “haram”, forbidden, by the Muslim faith.

However, illegal slaughter continues, even because China still encourages other countries within the region to consider the farming of donkeys for production of ejiao.

It is also suspected that the Americas – in particular Mexico, Colombia and Brazil – provide a significant number of skins to the Chinese market every year.

Even the feral donkey populations are facing globally threats. They are viewed by many, including some governments, as a species with little positive impact on local enviroment, hence making profit from skin trading an attractive proposition. 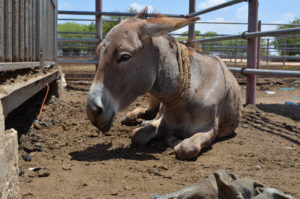 This trade is growing globally every year, in terms of animal welfare, public health and economic, social and cultural stability. These issues are particularly stark in developing countries in which communities rely upon them as working animals.

One of the aspects is the welfare of the donkeys both during and at the end of their life. The way they are sourced, stolen from the owners who care for them well, sold as goods by middlemen, handled by strangers, the cruel conditions during transport afford little or no opportunity for donkeys to rest, feed and drink.

When donkeys are slaughtered simply for their skins, with non value placed on their meat, the treatments are even worst. The skin is available whatever the underlying condition of the donkey, so profits can be obteined from buying sick or weak donkeys, and this discourage owners or dealers from manteining donkeys with good health.

Although the World Organisation for Animal Health has published guidelines for the transport of animals, they do not cover donkeys and their specific behavioural and emotional difficulties. In fact donkeys are a very intellingent species and particularly sensitive to the effects of stress. 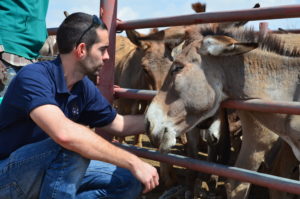 Also slaughters are often conducted with no respect for animal health. Although some slaughter may be undertaken with limited suffering to the donkey, it is very likely that the majority of these killings are hurried, and carried out in inappropriate settings by inexperienced people and within sight or earshot of other donkeys.

In addition, for every working donkey, sold into the meat and skin trade, there is an impact on remaining donkeys and their owners. The other working animals will have to carry out tasks they are unsuited to (eg too young, old, diseased). Where there are no additional working animal resources to fall back on, inevitably it will be the women and children in the most communities that fulfil the role of the donkey.

The impact of the emerging market for production donkeys on the communities in the developing countries is also important. The communities reliant on donkeys for their livelihoods are unaware of the wider implications of local and international depopulation of donkey. So they sell donkeys for short-term gain, not knowing the potential economic value of that animal relating to just one year of work. In addition donkeys play a key role in their communities by empowering women, providing freedom for children to study and develop and as a mechanism for poor communities to save and to self-manage risks.

The full report “Under the Skin” about this issue has been released by The Donkey Sanctuary (www.thedonkeysanctuary.org.uk), in collaboration with OIPA Tanzania MAWO (www.meruanimalwelfare.org). 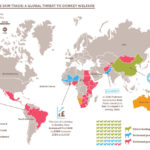 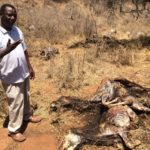 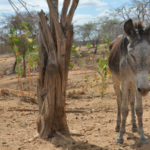 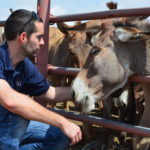 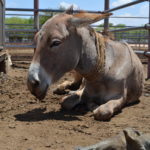 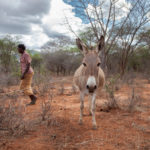 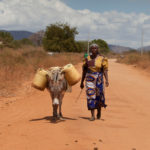 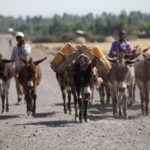