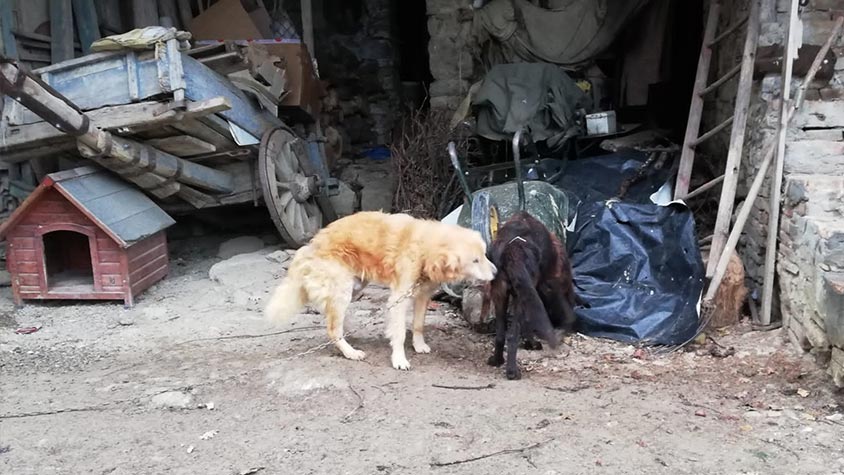 Kept on a chain without food and water, deprived of an adequate shelter and exposed to frost, bad weather and harsh temperatures. OIPA Italy’s animal control officers found two dogs, both elderly, in very precarious health conditions. Undernourished and with walking difficulties, they had dirty coat, matted hair and numerous areas with alopecia. The condition of one of the two, named Black, was particularly critical, besides being severely dehydrated, he was so weak not to be able to stand for long. 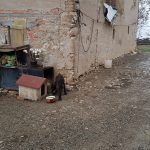 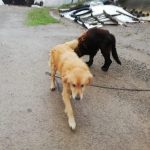 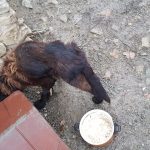 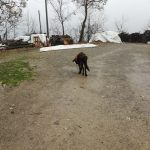 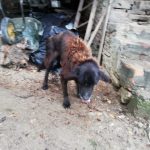 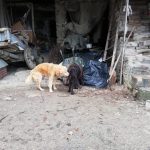 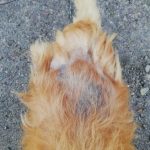 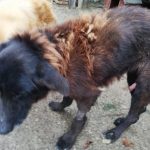 Both dogs have been seized and their owner is now under investigation for animal abuse. He is accused of keeping animals in conditions not compatible with their nature’ and causing them a ‘grave suffering’. 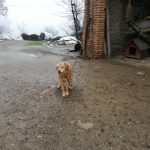 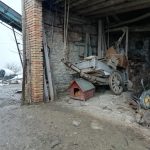 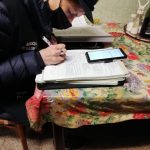