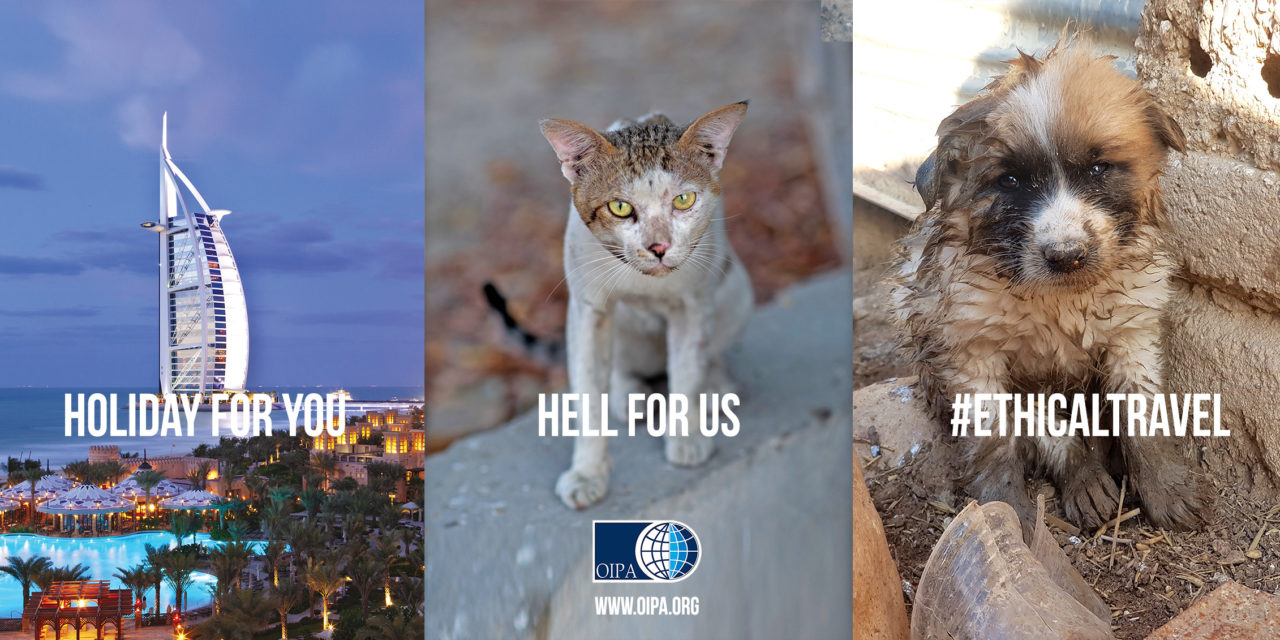 The slogan “Holiday for you, Hell for us. #EthicalTravel” appears across three explanatory pictures to be conveyed by buses in central London until July 4th.

Some tourist destinations are paradise for travellers but hell for stray cats and dogs. Starting on 7th June, OIPA International launches an outdoor campaign to promote ethical travel. The slogan “Holiday for you, Hell for us. #EthicalTravel” appears on the rear of 45 buses in central London, on routes covering locations like Oxford Street, Regent Street, and Trafalgar Square.

We have long been committed to raising awareness and opening a dialogue with local authorities of some countries where the issue of stray animals is often dealt with by mass culling and other cruel and unethical methods. 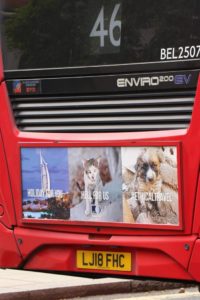 Behind the grandeur, luxury and beauty of a dreamlike city that everyone wants to visit, may lie the suffering of so many animals who experience the city as a hell, a place of pain and suffering where they die of disease and hunger or are even mass killed using the worst cruel and brutal methods.

The poster features Dubai, a rich city standing as an example of many other cities and countries which could easily allocate numerous resources to control the stray population and start living in peace with these animals, making them part of the beauty and distinctive character of their own city. Unfortunately, the opposite happens. Despite our attempts at opening a dialogue, the strays in Dubai continue to disappear and die, including those left free in private compounds. The situation seems to be getting worse ahead of Expo Dubai 2020.

Dubai is just an example, it is not the only attractive tourist destination that is hell for stray animals, whose numbers could be kept under control through appropriate sterilization and vaccination programs. Our campaign aims to promote ethical travel, by highlighting the importance of considering local animal welfare when choosing a holiday destination, so as not to become complicit in the abuse and mistreatment.

OIPA International chose London to kick-start this campaign in recognition of the multicultural nature of the city. London is a magnet for tourists and young people, a perfect place to reach a diverse audience from different countries and cultures. 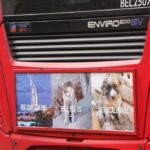 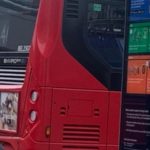 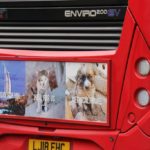 Our campaign is supported by a group of women who last fall first reported to us the plight of Dubai animals, these women are former residents of Dubai who saw what happens there and after moving back to Europe and the UK, could not forget the suffering of those animals and continue to raise awareness.

Read more about the Project Save a Stray