“FOR CROATIA WITHOUT DOGS ON A CHAIN”: OIPA GIVES SUPPORT TO THE NATIONAL CAMPAIGN 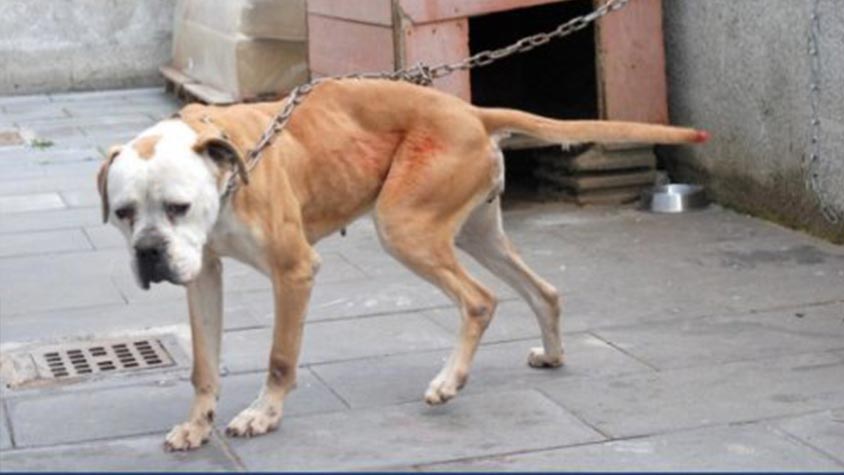 OIPA’s member league Animal Friends Croatia, together with other local associations, have recently launched a national campaign asking for a complete ban on keeping dogs tethered on chain.

“For Croatia without dogs on a chain” has already received support from many national institutions, such as the Association of Cities, which encourages the cooperation between local self-government units and promotes the common interests of cities in the Republic of Croatia, but also local celebrities have promoted the campaign as well as international organizations like OIPA. 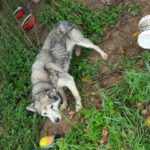 The campaign includes a petition that can be signed (more than 50,000 people have already subscribed).

OIPA, with a letter addressed to the national Government and the Croatian Minister of Agriculture, has asked to implement a legal provision under the Animal Protection Act and finally ban completely the practise of tethering dogs on chain, as well as tying cows and any other animal.

There are no need, reasons or justifications for keeping dogs tied on a chain, leaving them 24/7 in yards and causing them pain, suffering and depression. We have asked to treat animals as all sentient beings deserve, protect their welfare and impose severe measures and punishments for those who perpetrate abuse and cruelty and keep them in inhumane conditions.

Dogs, especially in rural environments, are often tethered permanently or for much of their lives on a chain with the “excuse” of being dog guards. The chain, frequently too short, does not only limit their movements but also forces them to spend their lives in miserable conditions, as they do not practise adequate physical activity and many times the chain can wrap around objects restricting much more their area of motion. They can also stumble upon their food or water bowls and empty them while pulling the chain, so there is the serious risk they will not eat or drink for many days. 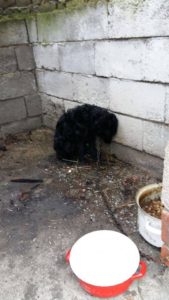 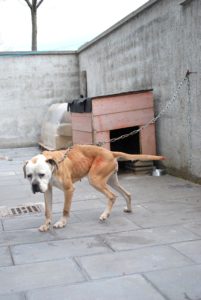 These dogs are often unable to protect themselves properly from heat, rain, snow or other extreme weather conditions risking their life overheating and freezing themselves. Moreover, they do not have enough space to eat, sleep, urinate and defecate in different and distant areas, so they are easily subjected to diseases and constantly exposed to ticks, fleas and mosquitos. The use of a chain causes, in many cases, abrasions, wounds and severe cuts to dogs’ neck and in the worst cases animals can even die for strangulation; in addition, they cannot escape from wild animals or even aggressive stray dogs in case of danger.

Dogs do not only suffer physically but also their psychological well-being is seriously threated. Many of them are left totally alone for days, months and even years without learning how to interact with humans and other conspecifics. They are not socialized, so they become aggressive and more likely to bite. Frustrated and sad, they often go crazy, and may bark continuously for boredom and loneliness.

For the above-mentioned reasons many cities and countries have been already are implemented local laws to ban the practice. 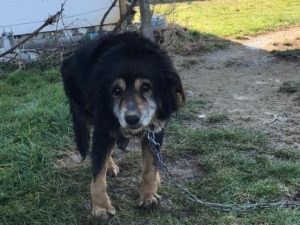 “The fight for banning animal abuse via chaining has been going on since 2012, when the first petition to ban keeping dogs chained was launched, followed by a long campaign. – declares our member league Animal Friends Croatia – The result was the inclusion of the ban in the Animal Protection Act in 2017, with great satisfaction of the vast majority of Croatian citizens. The joy subsided when it became clear that the long-awaited legal provision wouldn’t be effectively implemented. Now, it’s time! A legal provision that would clearly prohibit this practise would not only protect dogs from abuse but would show how organized we are as a state and how much we protect the weakest. Only a legal ban can permanently correct the injustice and help dogs. State and local authorities have an increased responsibility to educate citizens and encourage a culture of treating animals like sentient living beings”. 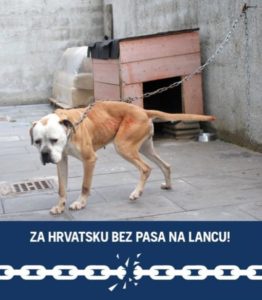 Everyone can contribute to the change!

📲 Share information about the campaign and the effects of keeping dogs tethered on a chain . Don’t forget Hashtags: #BanTheChain, #ForCroatiaWithoutDogsOnAChain, #KnowWhenToCut

✍️ Write to the Croatian Government (gradjani@vlada.hr)and the Ministry of Agriculture (kabinet@mps.hr) expressing your support for our campaign