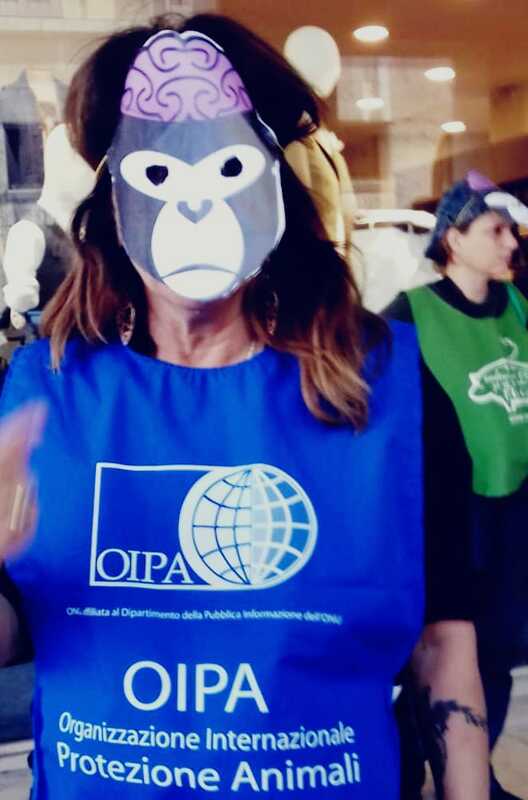 On July 6th, over a thousand people, including citizens, associations and animal rights activists, gathered and marched peacefully on the streets of Parma. All united on one single goal: the liberation of six macaques that will be subjected to an awful experiment that will make them blind, conducted in the Universities of Turin and Parma.

The target of the protest was the research project called ‘LIGHTUP – Turning the cortically blind brain to see’, that is to say, vivisection procedures on macaques.
This project has been financed by the European Research Council for an amount of EUR 1.994.212, 1.067.288,37 of which granted to the University of Turin and has received a favourable opinion from the Superior Health Council and authorized by the Ministry of Health of Italy. 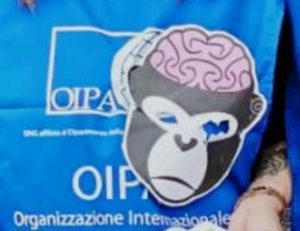 “It’s great to see all together for a common purpose: the liberation of the macaques” – Massimo Comparotto, President of OIPA Italy, said in an interview, “we’ll move on to the bitter end, we’ll demonstrate in Parma, Turin and in front of the Ministry of Health in Rome: doctors and researchers, along with animal protection associations, are united in the fight against these useless experiments”

This national demonstration, which symbolically aims at criticising the use of animals in clinical experiments, is just one of the many events, sit-in and flash mobs that are taking place in Parma, the city where the macaques are currently being held. OIPA had already started a protest via email against the two Universities and the Italian Ministry of Health. The Organization took part in this national demonstration in Parma and during other related events with a huge number of ‘Blue Angels’ (OIPA volunteers).

On July 11th, OIPA held a public debate on the outright brutality of animal testing, organised together with other associations. Several scientists took part in the debate. They showed that animal testing is totally anachronistic and ineffective and cannot be justified on scientific grounds, while supporting the scientific research conducted through the implementation of human-based research techniques which are based on organs and tissues of human origin or systems that simulate them in vitro and in silico, having this been demonstrated reliable and certain results.

Animal experiments do not contribute to improving human health. It’s time to give up animal based medical research! 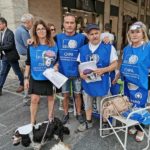 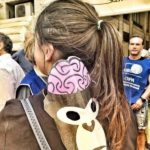 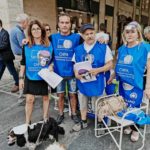 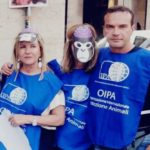 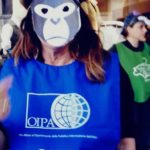 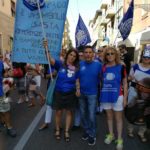