THREE MEN FILMED BEATING GANGES RIVER DOLPHIN TO DEATH ARRESTED. OIPA INDIA REMINDS THAT THOSE ANIMALS ARE A NATIONAL HERITAGE THAT MUST BE PROTECTED 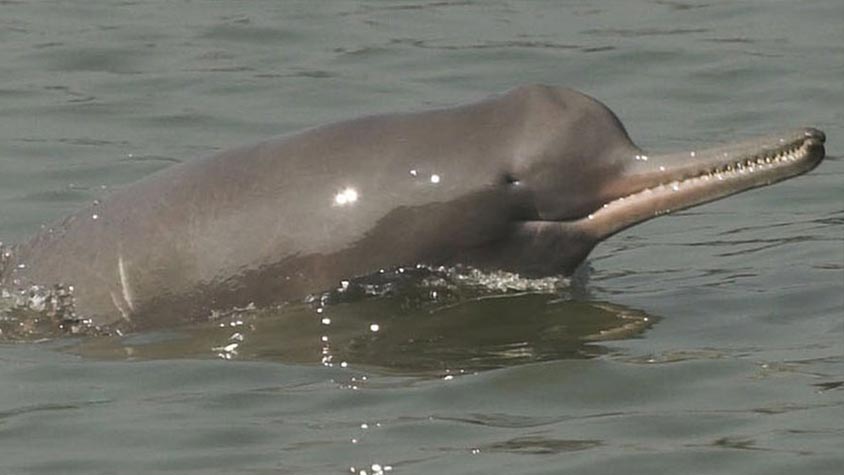 Three men in India have been arrested after they were filmed brutally beating an endangered river dolphin to death in a video that went viral.

The attack, which happened on 31 December, involved a gang of young men who violently hit a Ganges River dolphin with wooden rods and an axe until it bled, suffocating then the animal beneath the water of the Sharda canal in the Indian state of Uttar Pradesh.

The dolphin was later found dead by a local official from the forest department with deep lacerations on its body.

But after footage of the attack went viral, prompting a national outpouring of disgust, three men were identified and arrested. 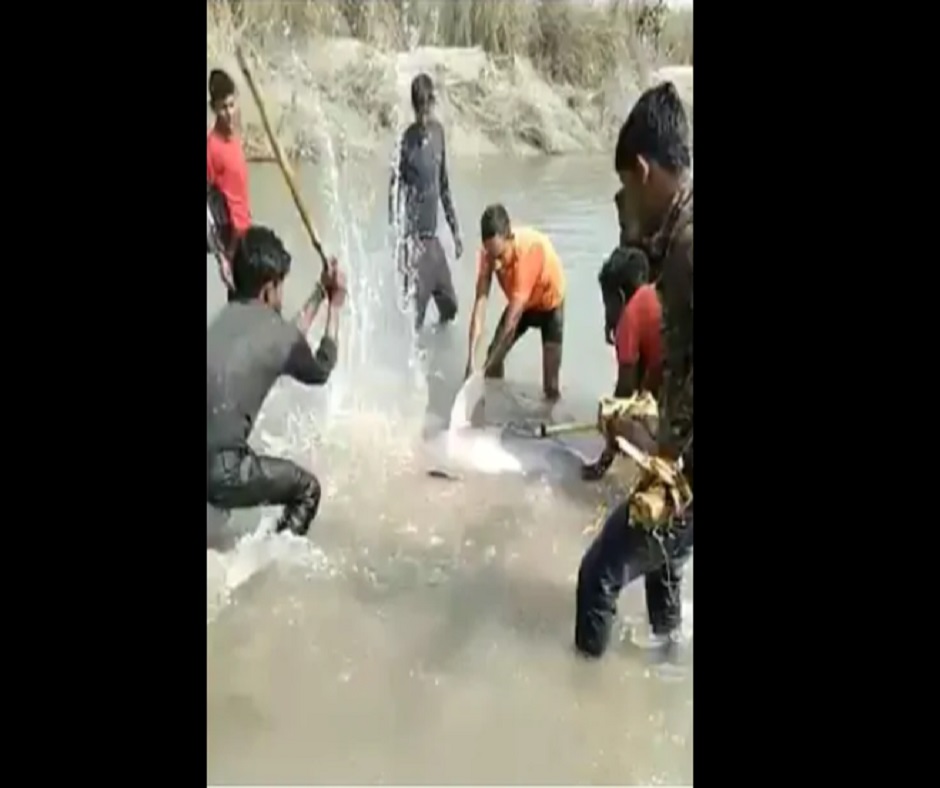 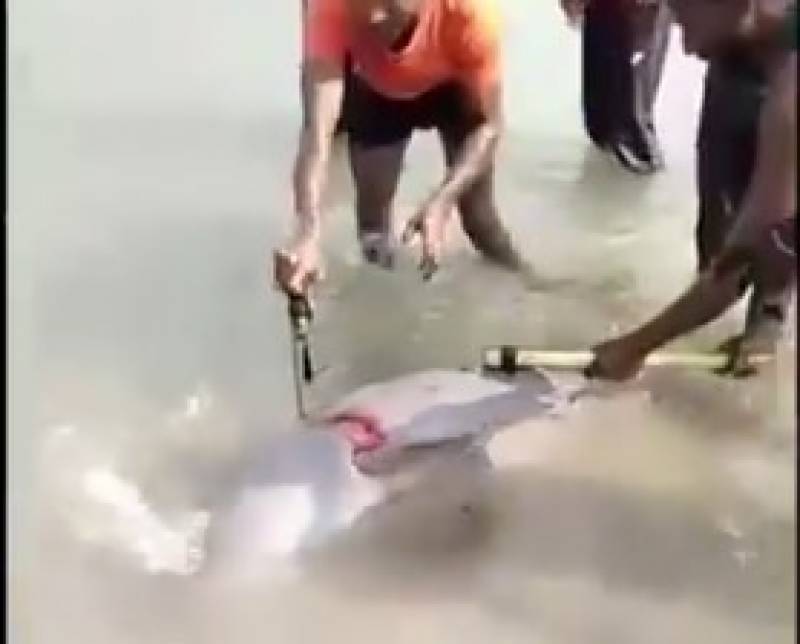 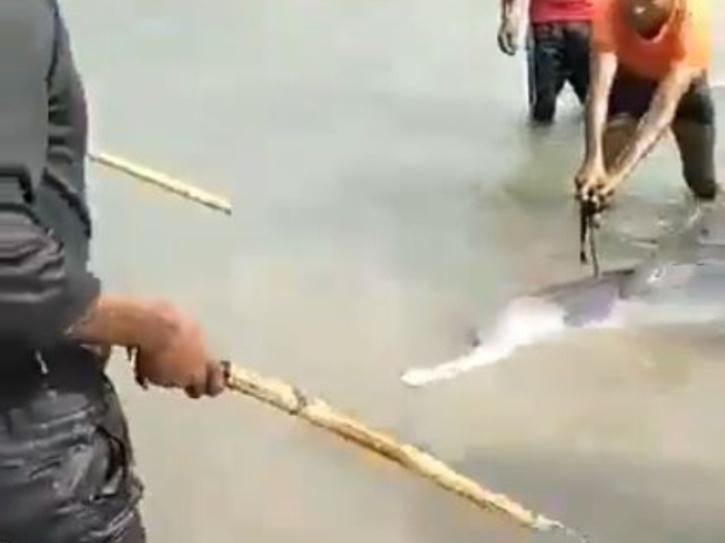 The Ganges dolphin – a freshwater mammal usual living in India’s Ganges river and Pakistan’s Indus river which can be recognised by its long snout nose – is an endangered and protected species and the national aquatic animal of India. There are thought to be fewer than 5,000 Gangetic dolphins left.

OIPA India has sent a grievance on the issue to The Ministry of Environment, Forests and Climate Change notifying that the Ganges River Dolphin has been appointed as National Aquatic Animal of India on 18th May 2010 (see document: dolphin-eng_0). This mammal is also said to represent the purity of the holy Ganga as it can only survive in pure and fresh water.

Ganges River Dolphins (Platanista gangetica) have a long pointed snout and also has visible tooth in both the upper and lower jaws.

Their eyes don’t have a lens and therefore function solely as a means of detecting the direction of light. Dolphins tend to swim with one fin trailing along the substrate while rooting around with their beak to catch shrimp and fish.

Dolphins have a fairly thick body with light grey-brown skin often with a hue of pink. The fins are large and the dorsal fin is triangular and undeveloped. This mammal has a forehead that rises steeply and has very small eyes.

River Dolphins are solitary creatures and females tend to be larger than males. They are locally known as “susu”, because of the noise it makes while breathing. 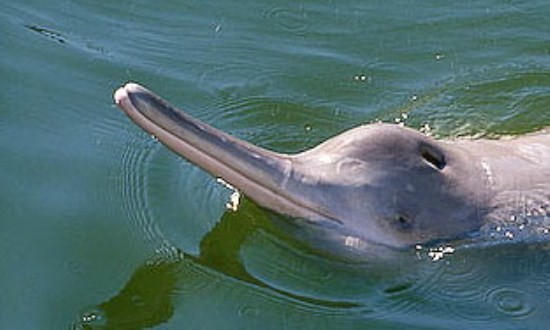 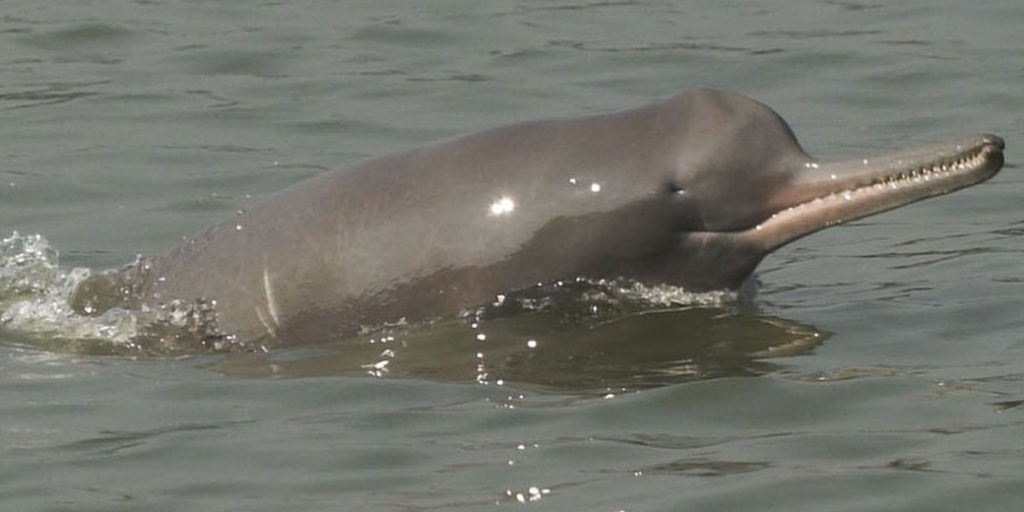 This species inhabits parts of the Ganges, Meghna and Brahmaputra rivers in India, Nepal, Bhutan and Bangladesh, and the Karnaphuli River in Bangladesh.

River dolphin is a critically endangered species in India and therefore, has been included in the Schedule I for the Wildlife (Protection) Act, 1972.

The main reasons for decline in population of the species are poaching and habitat degradation due to declining flow, heavy siltation, construction of barrages causing physical barrier for this migratory species.

OIPA India together with Smt. Sukanya Berwal, Commissioner of Education, Scouts & Guides for Animals & Birds reminds that this National Aquatic Animal, which needs advisory on educational basis, must be protected under section 9(k) with Regulation under section 10 of Prevention of Cruelty to Animals Act, 1960, including protection cover under Emblems and Names (Prevention of Improper Use) Act, 1950, being a national heritage.