CORALS ARE GLOWING IN VIBRANT COLOURS IN A DESPERATE ATTEMPT TO SURVIVE. PROTECT THE OCEANS AND JOIN THE CAMPAIGN #GLOWINGGONE

Have you ever noticed that some corals glow in vibrant colours? Have you ever thought about why they are coloured in that way? You may think it is beautiful but in reality, it is one of the most disturbing and sad spectacular signs in nature as it is a warning in a desperate bid to survive.

The ocean is giving us the ultimate visual warning. Because of the increase of ocean heat waves due to climate change, corals produce brightly coloured chemicals in their flesh that act like a sunscreen in a desperate attempt to protect themselves.

This phenomena has gone until now largely unnoticed but it is a clear indicator of climate change which underlines that we have reached a tipping point for the planet.

OIPA International has decided to join the activation campaign #GlowingGone launched by the UN Environment Programme (UNEP) and The Ocean Agency, to sustain and support a global action for greater ocean protection.

Coral reefs need to be saved and protected not only from local threats such as overfishing and pollution but also from the global problem of climate change.

Climate change is largely an ocean issue. The upper ocean is absorbing over 90% of climate change heat, putting coral reefs firmly on the frontline of the issue.

The ocean sustains all life on Earth but even a small change in temperature (as little as 1 degree C), vital systems start shutting down and this is what glowing corals indicate. We should all be very alarmed when corals start “glowing”, as this is a visual indicator that planetary systems are starting to fail.

In the last 30 years, 50% of the world’s corals have died and the situation is only getting worse. To save them we need a rapid, global action.

Until now, there has been a lack of awareness and support and coral reef conservation did not have the priority but this is the first time ever that we could lose a global-scale planetary ecosystem.

Some reefs are less vulnerable to climate change due to their locations. Through targeted action, we cannot only help them survive, but also use them to rapidly repopulate other reefs.

The future of our ocean will be determined at a series of upcoming international key policy meetings across 2020 and 2021. Now, more than ever, we need to show support for protecting the ocean that sustains us all.

Joining the #OceanLeague, a global movement of individuals, leaders, organisations and brands, we can all show our support for greater ocean protection. 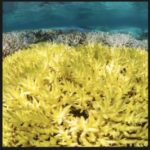 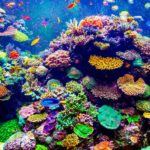 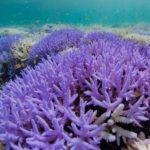 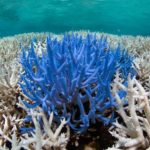 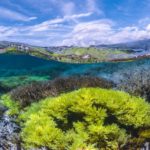