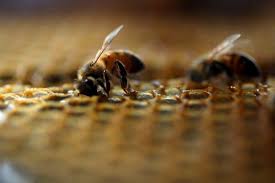 Honeybees are best known for the honey they produce. However, the principal role of honeybees in nature is to pollinate hundreds and thousands of flowering plants and assure the formation of large quantities of good quality seeds.

In the process of evolution in plants, flowering plants have appeared on Earth about 5 to 8 crores years ago. Honeybees are presumed to have evolved from their wasp-like ancestors, simultaneously or shortly after the appearance of flowering plants on Earth. This is so, because both flowering plants and honeybees are interdependent for their life cycle. Flowering plants offer nectar and pollen to honeybees. While collecting their food, honeybees transfer pollen, the male sperm, from one flower to the other of the same species and bring about fertilization of the flowers assuring continuation of the plant species.

In forests, trees, shrubs, herbs, climbers, weeds etc. flower sequentially and provide food to honeybees for a major part of the year. The forests also provide shelter to honeybees. The honeybees reciprocate their obligations by offering pollination service, assuring the formation of large quantities of seeds or fruits and maintaining genetic diversity in plants. Honeybees are therefore an integral part of forests and their ecology. A healthy forest is an indication of a healthy bee fauna. Thus, honeybees and forests have been associated with each other and have co-evolved as one biological unit over the past millions of years.

Various development projects in the country, however, affected honeybees adversely due to deforestation, increasing land-use for agriculture, urbanization, tourism development etc. It is necessary to check this deteriorating trend of the industry, if this important income resource to the rural and tribal population depending upon forests for their livelihood has to be maintained. This is possible by taking up extensive afforestation programme in which multipurpose tree species useful to honeybees during their flowering should be included. This is even more necessary in view of the importance of honeybees as cross pollinators of various forest plant species and agricultural and horticultural crops.

Over 70 percent of the several hundred major cultivated crops of the world are dependent on insects for pollination. According to a report of the United Nations, pollinating insects, mainly honeybees, contribute to about 203 billion dollars every year, by way of increased crops production through crop-pollination. Physical and chemical changes in the environment, however, have accelerated the decline in species richness of honeybees and other pollinators. Insecticide poisoning has especially threatened honeybees the most important insect of pollination. The enormous benefits the honeybees silently offer to forestry, horticulture and agriculture goes unnoticed. Prof. Einstein one observed “if the honeybees disappeared off the face of the Earth, then the man would have only four years left to live. No bees…no pollination…no plants…no animals…no man”. Warnings have been coming from environmentalists and scientists from all over the world that excessive use of pesticides, pollution etc. resulting into depletion of useful pollinating insects, particularly the honeybees, is threatening to reduce our total food supply by 1/3. This is a global problem.

In view of the importance of honeybees in conservation and maintenance of natural biodiversity and in human life, it is suggested that the honeybees should be declared as a “National Insect” and all efforts should be made to conserve all species of honeybees in India.

Honey is a product avoided by vegans, because it involves the exploitation of bees. Honeybees fly 55,000 miles and visit 2 million flowers to produce one pound of honey.
Even though pollen is the honey bees primary source of nutrition, honey is their sole food source during cold weather and other times when alternatives are not available.
Products, besides honey, that come from the bee industry are:
Bee pollen: pollen collected by bees their primary source of nutrition.
Royal jelly (bee milk): the pharyngeal gland secretions of the nurse bees. The queen larvae receives more of the royal jelly than the worker larvae, growing her into a queen bee.
Beeswax: secreted by bees to help build their hives.
Propolis: a brownish resinous material of waxy consistency collected by bees from the buds of trees and used as a cement and an antiseptic.
Bee venom: obtained from a bee sting. Honeybees die after stinging someone.
Problems with the Honey Industry, exploiting bees, violated their five freedoms: To prevent the queen bee from leaving the hive, honey producers sometimes cut off her wings. Often, queen bees are artificially inseminated. Large commercial operations sometimes take all the honey instead of leaving enough for the bees to get through the winter. The honey is then replaced with a cheap sugar substitute. Most beekeepers remove all the spring-season honey. In colder areas, some beekeepers will burn the beehives, killing all the bees inside, before the winter starts, to reduce cost. Bees are often killed or harmed by haphazard handling.
Honey Alternatives: Bees are hardworking animals who deserve to keep the labour of their work. Stealing products from them is a form of exploitation, which should and can be easily avoided. Honey can be replaced by rice syrup, agave nectar, barley malt, maple syrup, molasses, sorghum or fruit concentrates.

asks all concerned to regulate the honey bees restoring their five freedoms, keeping in view the Indian Prevention of Cruelty to Animals Act. 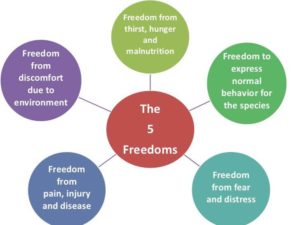 The five freedoms of animals are:

All animals deserve access to clean water and a well-balanced, nutritious diet. Freedom from hunger and thirst provides for animals most basic needs by allowing that animal to remain in good health and full of vitality.

All animals should live in an appropriate environment. The conditions and surroundings given to an animal contribute to its overall well-being. By providing an animal with shelter and a comfortable resting area, you are ensuring that the animal remains healthy and happy.

All animals should be entitled to immediate veterinary attention when sick or injured to avoid unnecessary suffering. In certain cases, unnecessary pain and injury can be prevented through regular visits to a vet.

All animals should be allowed to express normal behaviours. A normal behaviour is the way an animal acts in its natural environment. Enough space, proper shelter and housing as well as adequate exercise, opportunity to play and the company of the animal’s own kind encourages the expression of normal behaviours.

All animals deserve to be happy. Ensuring conditions that avoid unnecessary anxiety and stress will help to provide freedom from mental suffering. While favourable physical conditions are essential, appropriate mental conditions are also important to good animal welfare.