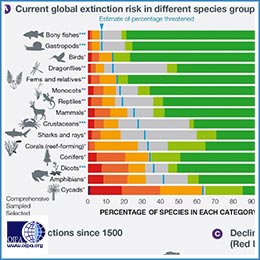 Thanks to human pressure, a million animal and plant species are now threatened with extinction, many within decades.

The findings come from a United Nations-backed panel called the Intergovernmental Science-Policy Platform on Biodiversity and Ecosystem Services (IPBES).

A 40-page summary of the forthcoming IPBES Report (expected to exceed 1,500 pages) was approved and released at the 7th session of the IPBES Plenary that took place from 29 April to 4 May in Paris.

The IPBES Global Assessment Report on Biodiversity and Ecosystem Services is the most comprehensive ever completed. The Report was compiled by 145 expert authors from 50 countries over the past three years, with inputs from another 310 contributing authors, and it is based on the systematic review of about 15,000 scientific and government sources. The analysis assesses changes over the past five decades, providing a comprehensive picture of the relationship between economic development pathways and their impacts on nature and also draws on indigenous and local knowledge, particularly addressing issues relevant to Indigenous Peoples and Local Communities.

The average abundance of native species in most major land-based habitats has fallen by at least 20%, mostly since 1900. More than 40% of amphibian species, almost 33% of reef-forming corals and more than a third of all marine mammals are threatened.

At least 680 vertebrate species had been driven to extinction since the 16th century and more than 9% of all domesticated breeds of mammals used for food and agriculture had become extinct by 2016, with at least 1,000 more breeds still threatened. 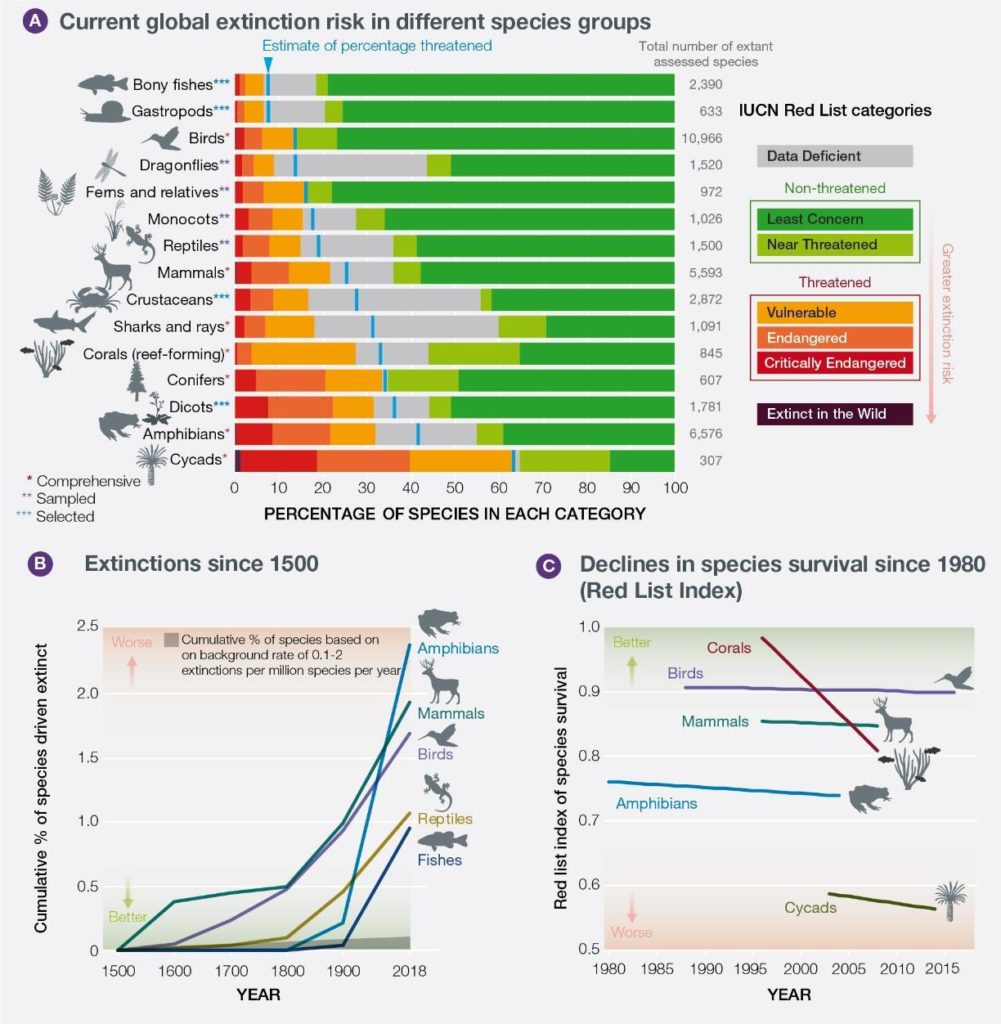 According to the study, species of all kinds are disappearing at a rate “tens to hundreds of times higher than the average over the last 10 million years” due to human activity.

Excerpt of the Summary for policymakers of the global assessment report on biodiversity and ecosystem services of the Intergovernmental Science-Policy Platform on Biodiversity and Ecosystem Services:

“A substantial proportion of assessed species are threatened with extinction and overall trends are deteriorating, with extinction rates increasing sharply in the past century.

The number of local varieties and breeds of domesticated plants and animals and their wild relatives has been reduced sharply as a result of land use change, knowledge loss, market preferences and large-scale trade. Domestic varieties of plants and animals are the result of nature and human-managed selection, sometimes over centuries or millennia, and tend to show a high degree of adaptation (genotypic and phenotypic) to local conditions. As a result, the pool of genetic variation which underpins food security has declined. ‘10 per cent of domesticated breeds of mammals were recorded as extinct, as well as some 3.5 per cent of domesticated breeds of birds.’

‘Across cultures, humans inherently value nature. The magic of seeing fireflies flickering long into the night is immense. We draw energy and nutrients from nature. We find sources of food, medicine, livelihoods and innovation in nature. Our well-being fundamentally depends on nature. Our efforts to conserve biodiversity and ecosystems must be underpinned by the best science that humanity can produce. This is why the scientific evidence compiled in this IPBES Global Assessment is so important. It will help us build a stronger foundation for shaping the post-2020 global biodiversity framework: the ‘New Deal for Nature and People’; and for achieving the SDGs.’
– Achim Steiner, Administrator, United Nations Development Programme

Read the Summary for policymakers of the global assessment report on biodiversity and ecosystem services of the Intergovernmental Science-Policy Platform on Biodiversity and Ecosystem Services here: https://www.un.org/sustainabledevelopment/blog/2019/05/nature-decline-unprecedented-report/