KOSOVO, THE ITALIAN ARMY “DEPLOYED” TO HELP STRAYS IN DECANI AND JUNIK: DONATIONS FOR NEUTERING AND VACCINATIONS. OIPA INTERNATIONAL WILL SUPPORT THE PROJECT 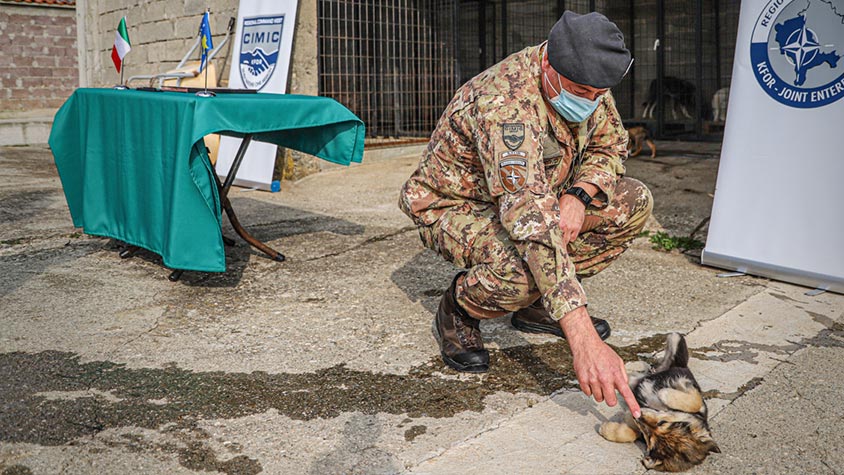 A big thanks to the Italian Army personnel of the West Regional Command, KFOR, with headquarter in Belo Polje – Kosovo, that besides monitoring the socio-economic development of the Country and helping to preserve security and stability for the population, have not turned away taking to heart the serious problem of strays present locally.

The Kosovo Force (KFOR), currently under Italian command, is an international military force led by NATO and represented by 27 contributing Nations, responsible for keeping the peace according to the UN Resolution No.1244 in Kosovo, and guaranteeing with the international support the presence of a fully democratic system.

In August the team LMT K14 KFOR of the Italian Army, in view of a high number of dogs and cats observed in the area, started a constant an attentive monitoring of strays located in the municipalities of Decani and Junik, in the western part of the Country. They noted a lack of awareness among the population and the unavailability of funds and means by local authorities in order to implement attempts to solve the problem.

Italian soldiers, talking with both municipalities, has exposed the issue and the serious consequences that a bad management of the phenomenon, including the lack of neutering and spaying activities and the non-activation of vaccination programmes, can bring in terms of security, hygiene and public decency but mostly in terms of respect for animal rights, animal protection and safety.

Local administrations have been willing and opened to discuss and asked for support in the creation and drafting of a long-term project that can face and limit the phenomenon, in collaboration with local and international animal welfare associations, including OIPA International, local veterinary services and agricultural organizations.

While waiting to define a long-lasting plan, the Italian soldiers of the KFOR West Regional Command did not sit back but donated funds to a consortium of local veterinarians to encourage the sterilization and vaccination of strays in the two municipality.

This first project was entirely financed by the Italian Ministry of Defense and carried out by the 5th “Superga” Rocket Artillery Regiment of the Italian Army through CIMIC funds (Civil and Military Cooperation) and has already allowed the spay and vaccination of about 30 dogs. 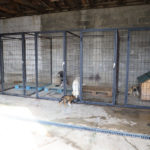 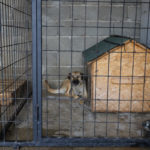 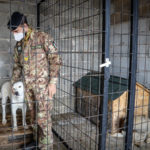 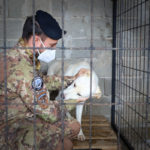 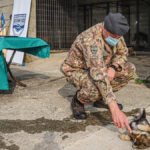 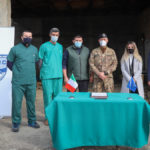 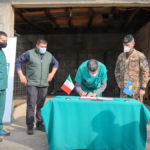 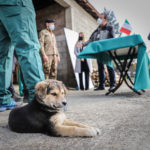 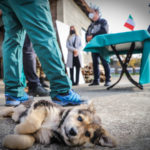 A virtuous example of the Italian Army and a demonstration of great sensitivity, love and courage in defence and in aid of those who have no voice, of those who are the most vulnerable and of those that often remain invisible because they are “just animals”.

A warm thanks from OIPA International!

You can support the project and help the homeless dogs and cats of Kosovo to be spayed/neutered and vaccinated. Make a donation writing “OIPA for KOSOVO”.