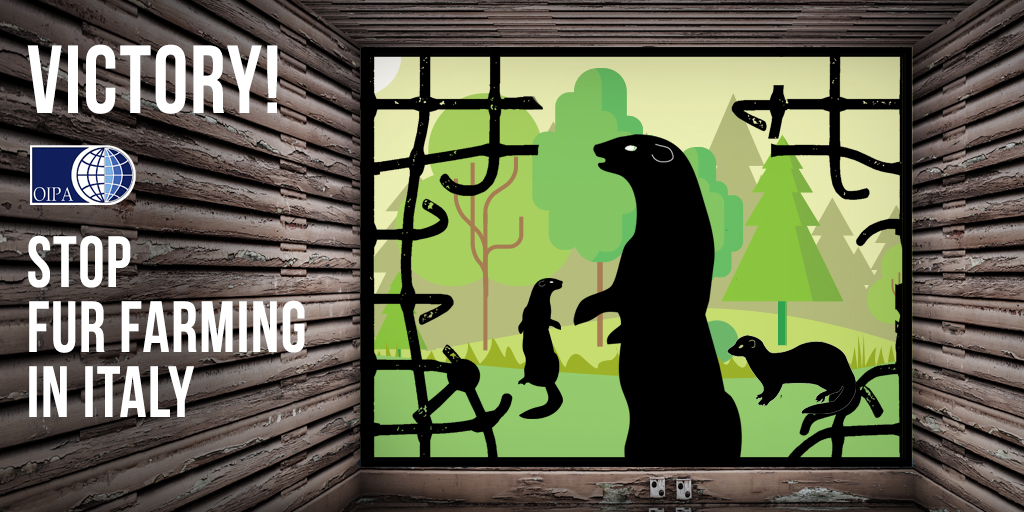 The Budget Committee of the Italian Senate approved an amendment (No. 157.04) in the new Budget Law 2022 that will ban fur farming from 1st January 2022, following the example of other European countries in which the same prohibition has been already approved.

The amendment includes a permanent ban on breeding, reproduction and killing of all species exploited for their fur such as minks, foxes, racoon dogs and chinchilla. In Italy, over 60,000 minks were killed every year

Furthermore, amendment calls for the dismantling of the last five remaining mink farms and other five facilities (here there are already no animals) by June 30, 2022.

The Government will grant indemnities to breeders up to a maximum of 3 million euros for the closure of each farm and for the ecological conversion to be assigned by 31 January 2022.

A Decree of the Ministry of Ecological Transition, the Ministry of Agriculture and the Ministry of Health, to be issued no later than 31st January 2022, will regulate procedures for eventual change of ownership, sterilization and detention of minks from former fur farms to sanctuaries/shelters preferably managed directly or in collaboration with recognized animal rights associations.

OIPA has been fighting for years to put an end to this anachronistic and cruel industry claiming for the closure of fur farms still active in some regions of Italy and demanding the relocation and rehabilitation of animals. We all know that animals in these farms live in very poor hygienic conditions and they are exposed to extreme stress from the birth to their killing being forced to a narrow captivity in hellish places. These farms clearly remind the so-called wet-markets where it seems the Sars-Cov-2 infection started in fact even in mink farms there have been outbreaks of covid-19.

A victory, an important step towards a truly ethical economy, a much more civil society and the recognition of animals as sentient beings 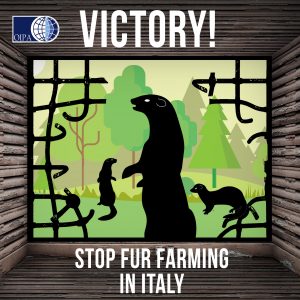