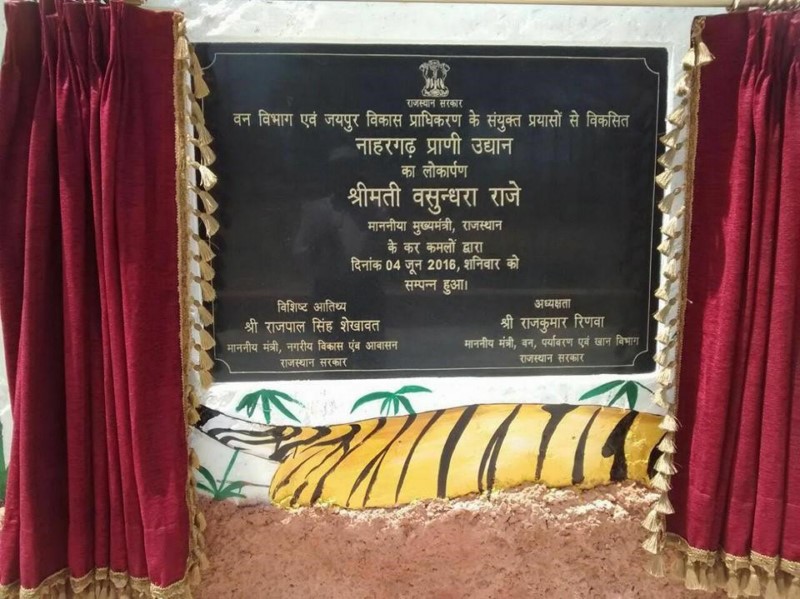 The fascination of mankind with animals is as old as civilization, ever since the first domestications, mankind has always been in awe of animals, especially those that looked or behaved differently. History tells that the oldest civilizations saw collections of animals, probably for the entertainment of the rulers. In India, unfortunately, State Forest Departments have practically no trained personnel to carry out research in animal behavior and biology. If zoos in India are to contribute to the knowledge economy, it is vital that these establishments double as centers for research but these became tool for pride and to satisfy top leaderships, to retain their berth and place of posting, whereas no one can enter in the cages and enclosures of wild animals and these establishments should get recognition under section 38-H of the Wildlife Protection Act, 1972, with certain terms and conditions. 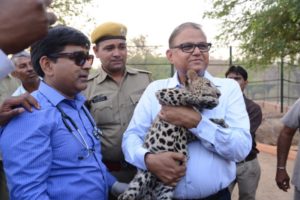 As per electronic media reports and still images, leopard with hyena cubs were badly abused during photo session of the Media Adviser to the Chief Minister of Rajasthan, besides it these cubs were displayed and exhibited before Chief Minister as well, in the presence of top level guardians of these wild animals, PCCF, Minister, CWLW, DFO and OSD, likewise animals were disturbed during function https://www.youtube.com/watch?v=dT3nsZpNWqc on June 4, 2016 at Nahargarh Zoological Park, due to flood lights and loud speakers. All concerned officials top to bottom, are very much aware about the laws of the land, State Emblem of India was also insulted on the stone, placed without devnagiri words “Satyamev Jayete”, please find attached here with the circular of Ministry of Home Affairs.

It would also be pertinent to mention here that Veterinarian of Zoo handed over the leopard cubs to Media Adviser for photo session and then placed before the Chief Minister, likewise Police officials placed hyena cub before Chief Minister, which violated the rules and regulations, after that both cubs were placed in a same cage. 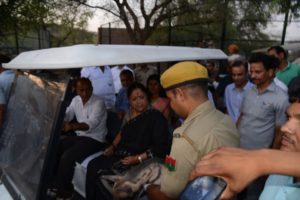 Hence these officials needs to be booked under law for the violation of the section 3 and 11 of the Prevention of Cruelty to Animals Act, 1960 read with the Wildlife Protection Act, 1972 and IPC 268, 289, 120-B with the Prevention of Insults to National Honour Act, 1971 read with the State Emblem of India (Prohibition of Improper Use) Act, 2005 and the State Emblem of India (Regulation of Use) Rules, 2007, likewise public money was wasted, which was spent on the stone and babies of leopard, hyena, crocodile and gharial were shifted for what purpose, whether CZA guidelines were followed and why rescued animals were died in a big numbers?, besides it captive wild animals are offered as prey, no security and their protection, mechanism from the wild animals are introduced, hence vigilance inquiry needed to expose black sheep’s of the system and these captive animals should be protected from unnecessary pain and sufferings.

As per information’s, DFO husband posted as Collector at Jaipur and both officers are very much influential along with the Media Adviser, these can be attract the investigations, hence SHO, Police Station, Prashant Vihar, Rohini, Delhi hereby requested to lodge zero FIR and then forwarded to the Rajasthan Police for further collection of evidences, being cognizable offense.