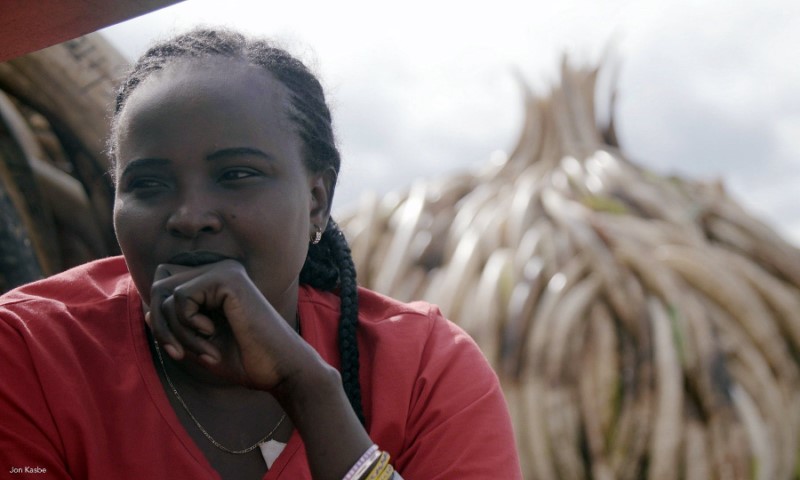 A single person CAN make the difference.

In a pastoral community where women are traditionally expected to defer to their husbands and keep their opinions private, a 16-year-old Ekiru insisted on attending community meetings that were normally the preserve of men, and began trying to reform the men she knew were poaching. But confronting the poachers put her own life on the line.

She said: “First they wrote a letter to me threatening me. The second time, they called in [five men] to me and threatened me. That time they were pointing guns at me. I said I was ready to die but can I tell you some reasons [why she was trying to persuade them]”. For 20 minutes she told them they were being used, that they were creating conflict between ethnic groups and were destroying the “treasure” that was their local wildlife. “One of them said: ‘Don’t kill her’, he dropped his gun. He said, ‘Nobody has ever told us about this.’

Ekiru’s conservancy is one of 33 in a network known as the Northern Rangelands Trust, which prides itself on being community-run and working with local people as a way to curb poaching. The conservancy model was born out of Lewa, a privately owned and well-armed cattle ranch that was transformed into a safe haven for black rhino.

“I don’t think anyone today would deny Kenya is a very corrupt country. The corruption isn’t just in wildlife management, but at the ports, at law enforcement agencies, it’s with the customs, parts of the judiciary, it’s certainly present at many levels in the police force, it’s certainly very real and still is to a certain extent in the KWS. Government administration is in places, particularly in the countryside, compromised,” she said.

A network of organised crime is devastating Africa’s wildlife. It stretches from the remote wilds of Kenya to the port of Mombasa and out to China and south-east Asia, where an affluent middle class buy ground-up rhino horn as a status symbol and ivory is carved and sold as ornaments and trinkets.

Kenya, hit by a poaching surge in 2012 and 2013 that resulted in the loss of more elephants and rhino than at any time in the past two decades, is taking the problem seriously. It set ablaze more than 100 tonnes of seized ivory, in what conservationists said was an “SOS to the world”. It followed a new wildlife law that can inflict a maximum penalty of life imprisonment for poachers.

The men who kill in the field are relatively easy for the Kenya Wildlife Service (KWS) and private rangers to catch, compared with the middlemen and kingpins orchestrating the trade.

More ivory is shipped out of the port at Mombasa on Kenya’s coast than anywhere in Africa and, despite a recent staff cleanup by Kenyatta, the corruption is still there. Cameras get switched off, or pointed briefly at the sun, or truck scanners are deactivated. Despite the tougher penalties under the 2013 Wildlife Act, just 6% of wildlife criminals convicted during 2014-15 received a prison sentence, according to the respected Kenyan non-governmental organisation, WildlifeDirect. “To date no high-level trafficker has been convicted and sentenced by Kenyan courts,” said an ex-poacher in a report looking at more than 500 court cases in 2014 and 2015.

In the field, the battle to save Kenya’s last 32,000-odd elephants and about 1,000 black and white rhino continues.

To Ekiru, the answer lies in having local people run the show and OIPA agrees with her. “The only future we have for this wildlife is in the hands of the communities living with this wildlife.”

“If we can persuade the market that it’s a shame to do this, there just won’t be the need for these elephants to be killed.”

OIPA International is working with local NGO and associations in order to involve the community in the Campaign against Poaching and Ivory Trade. Raising the awareness and touch the consciousness of local population is essential to tackle the problem. In the meanwhile our next goal is to arrive to a global Ivory Ban and to the Chinese Ivory Ban. As long as there will be an ivory market in China, there will be work for poachers.

Ekiru’s history is a beautiful case of a single person which find the strength to fight and face poachers, with the support of her community. How strong could we be if we were fighting together? 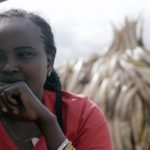 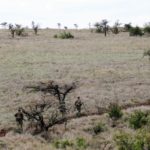 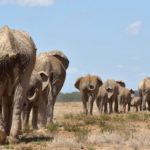