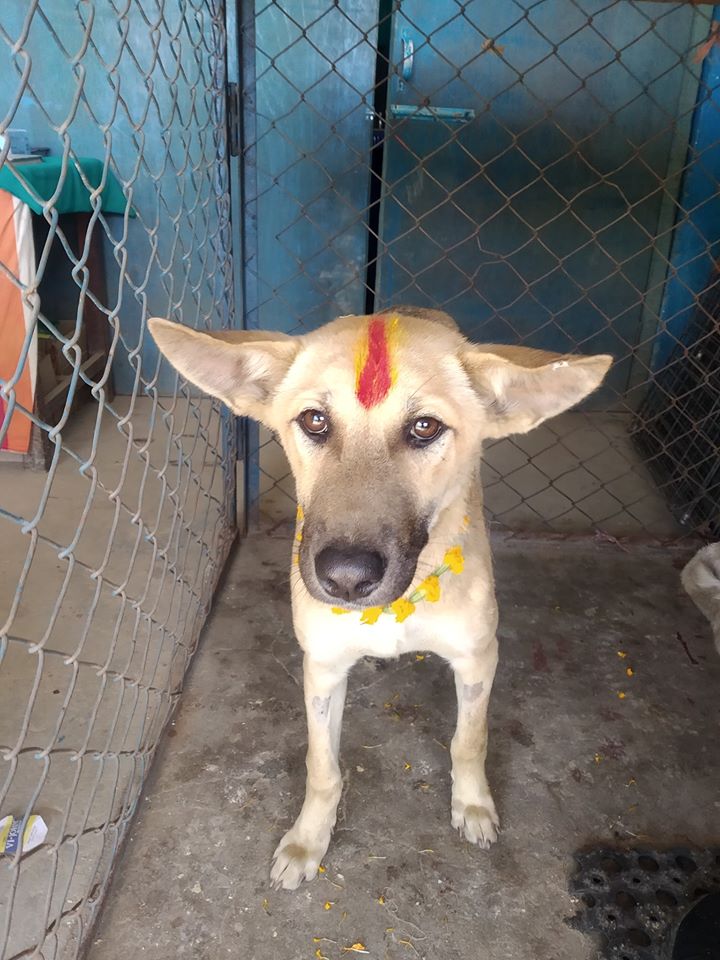 There is a special festival in Nepal, during which people honour animals and their sacred and unique bond with humans.  Since Tihar celebrates the victory of god over demons, people worship different animals that are considered as divine gifts from Mother Nature and help communities in one way or another in communities’ everyday life. 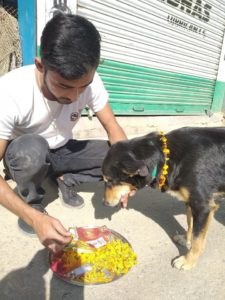 Tihar is celebrated on the night of the New moon in the month of Kartik according to the Hindu calendar. The entire festival stretches from two days prior to Tihar till two days post-Tihar. As per the English calendar, Tihar is observed in the month of late October to starting of the November month.

Tihar is also known as “The Festival Of Lights”, since the city and the houses are lit up with extra lights and decorated with garlands.

Tihar is a five-day-long festival. Every day is dedicated to the celebration of a different animal.

Day 1 – KAAG TIHAR This day is devoted to crows, considered as the messenger of death. By pleasing them, it is hoped that they would not bring any news of sorrow to the family.

Day 2 – KUKUR TIHAR. On this day, dogs are worshiped.

Day 3 – LAXMI POOJA the goddess of wealth is worshipped. On this day, Hindus across the country pay homage to cows, which are considered sacred animals.

DAY 4 – GORU PUJA this day is devoted to oxen.

Hindu religion worships dogs because they are messengers of Yamraj – the God of death – and worshipping the animals is supposed to help appease Yamraj himself. Dogs are considered our protectors for the active role they play in safeguarding the community. 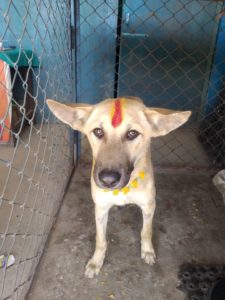 On Kukur Tihar day, dogs around the community are adorned with flower garlands, tika (a red mark applied to their forehead) and offered food after a ceremonial function. Hindu mythology believes that feeding a dog and making it happy will help to move away all sins committed in everyday life.

Stray dogs are honoured on the day too!!! OIPA Nepal – NAWRC has celebrated this day dedicated to our precious four pawed friends by feeding them and honouring them with different rituals.

OIPA delegation is very active in Kavrepalanchok District of Nepal and performs constantly CNR Campaigns and gives assistance to animals and dogs in need, their activity is essential in a poor country as Nepal. 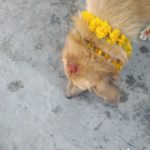 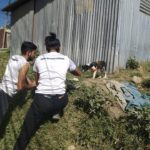 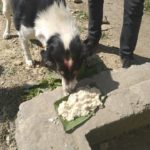 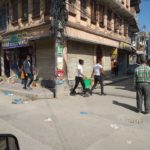 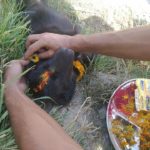