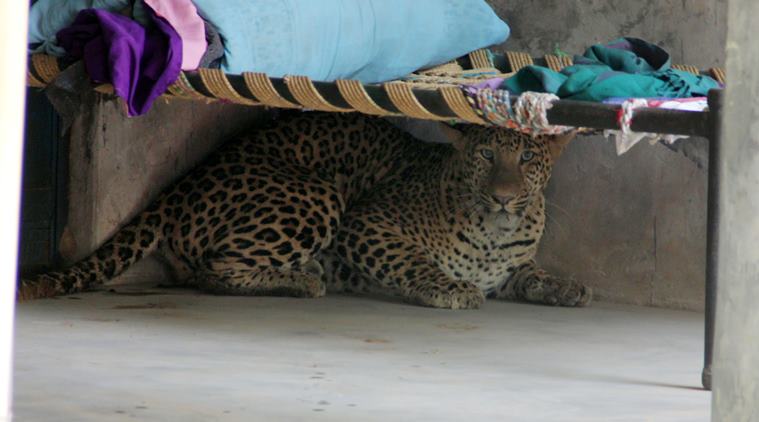 In a case of human-animal conflict, a leopard strayed into a village in Gurgaon where it was clubbed to death by its residents after it mauled nine people, including a policeman. There was widespread panic on the streets of Mandawar village as the feline was on the loose for around three hours. The animal was spotted at Mandawar village here in the morning. It was seen attacking a few stray animals, Rambir Singh, Conservator of Wildlife, Gurgaon said.
The incident came to light today morning when the leopard sneaked into the village and hid itself under one of the beds as it kept shifting from one spot to the other. 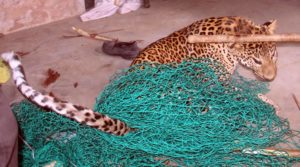 Some residents had locked themselves up inside their houses even as villagers scoured the place with rods and sticks. Soon, a huge crowd of nearly 1,500 people from nearby Kasan ki Dhani and Sukhroli villages gathered and started attacking the animal with axes, bamboo sticks and stones, he said.

After nearly three hours, it was cornered and beaten to death reportedly in the presence of police and wildlife officials as residents dragged its corpse to the main road.

Nearly nine people were injured in the incident and taken to the civil hospital in nearby Sohna, the official said. Even after the cat was dead, several visibly angry villagers had gathered around the corpse and continued beating it with sticks. 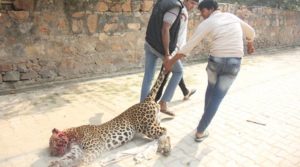 Villagers have previously alleged that police and wildlife officials are not equipped to handle such a situation. Meanwhile, irate villagers complained that the forest officials reached the venue late. “We informed the forest department and Gurgaon police immediately after spotting the feline. However, they reached the spot late,” a villager Dhani Ram said.

Singh, however, said that a team of district forest officer, three inspectors and veterinary doctors reached the spot within half an hour with all safety measures and a cage to catch the leopard. “We faced difficulty when an aggressive mob of around 1,500 villagers started attacking the leopard. The animal also retaliated and in the scuffle, nine persons were injured. The leopard died later,” he said.

This development is latest in a string of leopard sightings around the Aravallis where these cats usually live. Experts believe the reason behind such human-animal conflicts is due to increasing urbanisation as builders encroach upon forest land to meet the growing demand for commercial and residential real estate. 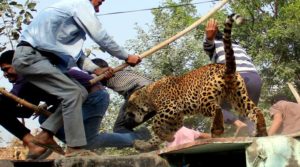 Due to the reduction of their natural habitats, wildlife species enter more often in urban areas and villages, becoming a danger for the people and mostly for themselves. It’s essential to safeguard the environment and the animals, the cruel treatment reserved to this leopard was absolutely unnecessary.

The body of the animal was tormented even after death, this unrespectful behaviour is unacceptable.

OIPA will ask to Haryana Government to take strict legal action against the killers.

SUPPORT OIPA INDIA AND HIS ACTIVITIES FOR ANIMAL RIGHTS DEFENSE

Read more about the activities of OIPA India: http://www.oipa.org/international/oipa-india/