‘LIGHTUP’: VIVISECTION EXPERIMENTS AT THE ITALIAN UNIVERSITY OF TURIN

VIVISECTION EXPERIMENTS AT THE ITALIAN UNIVERSITY OF TURIN:
‘LIGHTUP – Turning the cortically blind brain to see: From neural computations to system dynamics generating visual awareness in humans and monkeys’

All photos are by Essere Animali

In the last weeks, a relevant press release of the 6th of June 2019 from LIMAV ITALIA Odv, the International Medical League for the Abolition of Vivisection, has spread over the Italian animalist world generating frustration and anger.
According to the author, doctor Maurilio Calleri veterinarian and president of LIMAV Italia, the University of Turin in collaboration with the University of Parma is leading the research project called ‘LIGHTUP – Turning the cortically blind brain to see’, that is to say, vivisection procedures on macaques.
This project has been financed by the European Research Council for an amount of EUR 1.994.212, 1.067.288,37 of which granted to the University of Turin and has received a favourable opinion from the Superior Health Council and authorized by the Ministry of Health of Italy.
To date, the LIMAV Italia has requested the experimentation protocol in order to be able to scientifically argue the experiments. Nevertheless, the protocol hasn’t be provided yet, leaving only the non-technical summary of the research project to the scrutiny of the experts.

The research project started in 11/10/2018 and will be completed on 31/07/2023.
The non-technical synthesis explains the objectives of the project, which are: ‘to make conscious residual visual abilities made unconscious by a lesion of the primary visual cortex, validating a clinical-rehabilitative protocol applicable to the human patient’.
LIMAV asserts that validating a clinical-rehabilitative protocol that can be applied to man is not possible as there are no scientific conditions to do so, such as reproducibility and transferability to the human species, which has very different neurophysiological and neuroanatomical mechanisms than the other species.
For what concerns the expected level of suffering, the synthesis says: ‘1) moderate and temporary stress; 2) post-surgical complications; 3) local inflammatory reactions at the level of the implants’. This latter point contains some ambiguities for the fact that immediately afterwards it is written that indeed ‘it is considered prudent to estimate the level of suffering expected as serious‘.
Moreover, the experiments expect the suppression of macaques at the end, so conflicting with the title of the research which claims that ‘the recovery of visual awareness in the monkey with cortical blindness’ is expected.It can be asserted that, generally, the two pages of the non-technical summary contain several errors and contradictions, which only these are sufficient to understand the absurdity of having financed, approved and authorized an experiment that will not bring any progress to science, but only pain for the macaques, which they define as having ‘remarkable anatomical-functional homologies’ and therefore capable of experiencing pain like our species.
In addition, a press release dated 05/06/2019 from the University of Turin asserts that the experiment will be conducted under general anaesthesia and that the scientists will try ‘to minimize the damage done and the impact of possible adverse event because if ‘this operation has a minimal impact the animal will be able to see and move normally in the environment, feeding and interacting with its own kind’, suggesting their awareness of irreversible and adverse events that cannot be foreseen in this type of experiments.

It is important here to underlie how LIMAV supports the scientific research conducted through the implementation of human-based research techniques which are based on organs and tissues of human origin or systems that simulate them in vitro and in silico, having this been demonstrated reliable and certain results.

In conclusion, we hope that issuing the experimentation protocol there will emerge a more clear understanding of the situation, capturing the attention of the national institutions and ending the experiments on macaques. Furthermore, the European funding of the project should be analysed carefully, looking at how the European framework deals with the defence of animals rights.

TO TAKE PART IN THE CAUSE, JOINT THE NATIONAL PARADE THAT WILL TAKE PLACE IN PARMA ON SATURDAY 6 OF JULY AT 15:00 P.M. 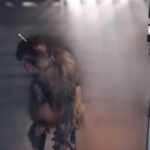 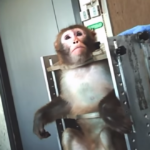 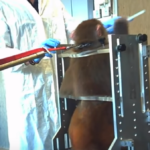 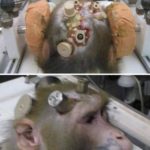