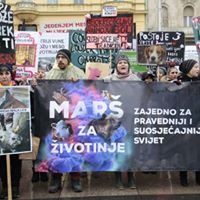 It was the day to raise our voices and stand for the defenceless who have been deprived of their fundamental rights, for nonviolence and justice!

The March gathered all those who felt the need to speak up for the animals exploited and tortured by the entertainment industry, the fashion and food industries, in experiments and for the abandoned ones.

The event was supported by over 60 Croatian and foreign organizations. Numerous celebrities have also shown up!

Banners, flags colorful torches, slogans and chants have vividly expressed messages of love and empathy for all living animals.

The March for Animals 2019 was “louder and bigger” than the second and very successful one that took place last December and the first one.

The invitation was extended  to all those who wanted to protest in the name of animal rights:

“if you care for animals and want to be their voice and their ambassador, if you oppose any kind of animal abuse (in entertainment industries like circuses and zoos, the food and textile industries, and laboratory testing), care deeply for abandoned animals, and want to be a part of the growing movement against violence and for justice, join the  third March for Animals! The gathering is at  King Tomislav square as always. See you there!”

Over 300 friends of animals from Croatia, Serbia and Slovenia gathered on a rainy day in Zagreb to celebrate International Animal Rights Day together and bring attention to the injustice that happens to animals every day. The long and loud march, organized by Animal Friends Croatia and Udruga Pobjede, went for almost two hours through the center of Zagreb and, apart from its loudness and smoke fountains, was marked with the largest (3 x 9 meters) vegan flag in history!

Animal Friends Croatia is a non-profit, Non-Governmental Organization, founded in 2001 in Croatia with the aim to promote animal protection in the form of Animal rights, Compassionate living and Activism. 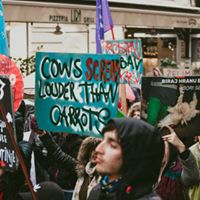 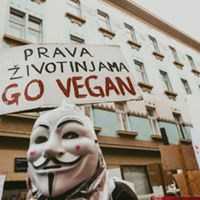 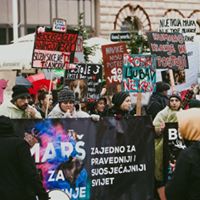 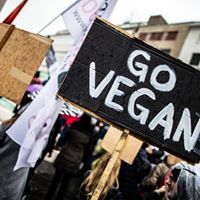 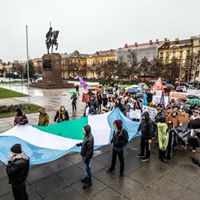 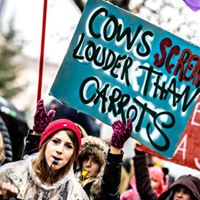 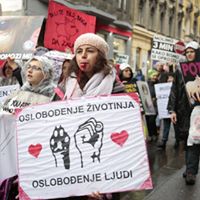 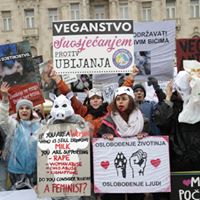