NEPAL: PRIVATE DOGS STOLEN, KILLED AND THROWN IN THE BUSHES – OIPA VOLUNTEERS ARE INVESTIGATING ON THESE TERRIBLE CRIMES AND ASKING TO THE AUTHORITIES TO TAKE LEGAL ACTION 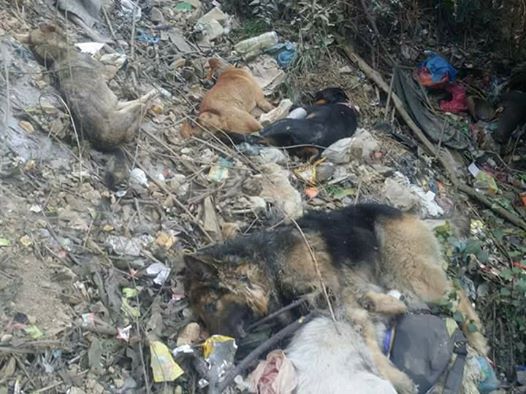 Recently, dogs mass killing is happening in Nepal frequently. It’s not clear who is behind this evil deeds and OIPA volunteers are investigating on this.

Since few months, OIPA volunteers are receiving messages from citizens in Kathmandu about the cruelties against street dogs. Someone is stealing dogs at night, transporting them overcrowded in vehicles, killing them secretly and throwing them along rivers’ sides. OIPA suspects that some organization or pet shop is behind this crimes. Most of the dogs killed are from special breeds like German Shepherd and they were wearing collars at the death moment. 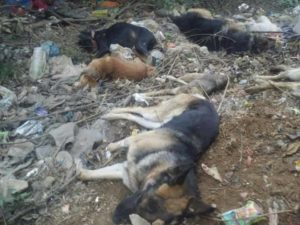 Free Roaming Street Dog Population is growing rapidly in Nepal, due to unmanaged slaughter houses feeding raw meat to street dogs and unmanaged garbages in streets. There have been episodes of dog’s human attacks, because too many uncontrolled groups of stray dogs are populating urban areas. Gang of 10-15 street dogs together will be life threaten for street calves, and even humans during evening and nights.

This is not just a security problem for citizens, but as well for animals: due to aggressive behaviour of some street dogs, peoples and local authorities plan “Mass Poisoning” or “Mass Culling” of free roaming dogs.

The number of dogs with rabies is growing constantly, OIPA volunteers do not have enough equipments and resources to handle these cases risk free. Thousands of street dogs are not vaccinated or medically treated at all and 80% of dog bite cases are registered by school children.

NAWRC, OIPA Nepal volunteers, are trying as best as they can to tackle the situation, but the negligence of the Government and the authorities is tremendous.

The only way OIPA volunteers can support both human and street dogs health is by continuing the Catch-Neuter-Vaccinate-Monitor-Release (CNVMR) Program. It needs huge amounts of funds and they are carry on the program from debt capital.

OIPA asks to the Nepalese Government to take action to manage the stray dog population and to guarantee the security both to human and animals. It is not acceptable that pet dogs are stolen, killed and thrown in the bushes.

If you want to help OIPA Nepal please make a donation from the box below, or click here

to the Nepal Tourism Board and to the local police asking to take action for the dogs brutally killed in Kathmandu!

Office of Prime Minister and Council of Ministers

Office of The President of Nepal

Send a letter of protest to the Nepal Tourism Board and to the local police asking to take action for the dogs brutally killed in Kathmandu! 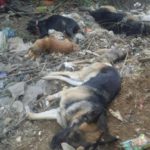 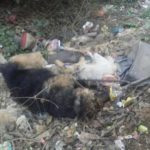 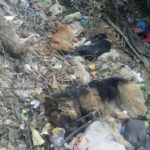 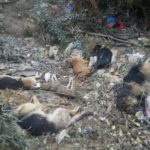