A NEW TRANSITORY CARE CENTER FOR DOGS in KOSOVO UNDER CONSTRUCTION

Too many stray dogs

If you ever happened to visit Kosovo, you surely realized that Kosovo has a problem with stray dogs. There’s far too many dogs in the country.

The causes are many and varied:

Lack of responsible dog ownership – dogs are not sterilized and can freely walk around, breed undisturbed twice a year and when their owners have too many puppies just dump them in the streets as well as grown up, sick or old dogs; 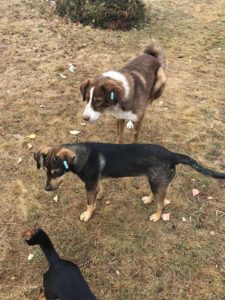 Especially in the countryside, most veterinarians are not specialized on pets and have no facilities at all to treat dogs and cats (they usually have just an office and go out to visit farm animals);

A lack of economic resources – the state funded a CNVR program but only a limited number of free roaming dogs had been spayed/neutered.

This poses a serious threat to human health.  The risks for public safety are evident.

Some of our past and ongoing activities

StrayCoCo / OIPA in collaboration with the Animal Rights Foundation Kosovo have realized many activities in the last years in Kosovo and StrayCoCo also in the neighbouring countries.

A year ago, a new and the first animal clinic was inaugurated in Kosovo. Located in Gjakova, it is composed of sterile boxes for the treatment of sick and/or stray dogs.

StrayCoCo has been carrying out CNVR programs and campaigns to chip dogs and register owners for a few years already, starting in Peja, then in the Gjakova-Rahovec region and twice in the Serbian part Graçanica.

In October 2016, they discovered a prepared regulation at the Veterinary Administration Kosovo, to catch dogs and kill them in shelters. They immediately contacted the CEO of the Food & Veterinary Agency together with support from US Embassy. The regulation was stopped and the new one declares CNVR compulsory…but no one implements it, except the StrayCoCo foundation and once the state in the year 2018. There is no other foreign NGO solving the stray dog problem at its root – only adoptions are done by foreign NGOs. 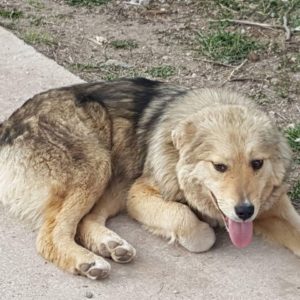 And most important, education. They collaborate with train kids on the responsible dog ownership, so that they can learn and at the meantime transmit the message to their parents and relatives.

StrayCoCo has regularly organized a postgraduate training together with a team of Slovenian vets for Stray Pets to teach large animals vets of Kosovo in the small cut surgery of dogs and continues this work with its partners Pro Vet Gjakova.

The outside fences around the place cost 13,000 EUR, while the cost of the boxes, stables and separating fences is around 20,000 EUR. 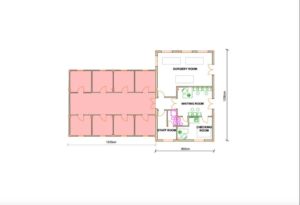 The project requires considerable effort; however, we believe that this is needed to tackle the stray dogs issue with the utmost urgency. Only one year ago the mayor of Mitrovica seriously considered killing stray dogs- completing ignoring the law. Fortunately, the mayor of Vushtrri Xafer Tahiri is more open to changes and has expressed his ‘moral’ support to the project (the municipal coffers are almost empty, he said).

The construction of a Transitory Care Centre would make it possible for StrayCoCo and its local Veterinary Partners from Vushtrri and Mitrovica to spay/neuter and treat more and more dogs! They couldn’t meet the real need and humane treatment of stray dogs in the area in the last year precisely because of the lack of a clinic and a hygenic shelter. 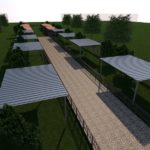 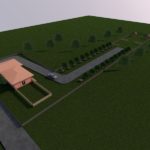 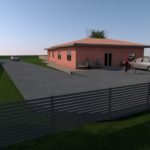 Once the TCC has been inaugurated and become operational, StrayCoCo Veterinarians will finally have the means to keep sick and injured dogs and treat them. They will also realize a wider sterilization program, thus contributing to the reduction of the stray dogs’ population in the region always subsidiary to an ongoing state program, which might start again end of year for a few months and allow the treatment a small amount of stray dogs in all parts of the country. The stray dogs deserve a decent shelter while treated – so funds are now important. 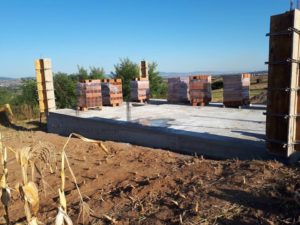 Showing Kosovar citizens and institutions the results of sterilization projects will hopefully give them hints on how to humanely and effectively tackle the problem and move towards the goal of a state free from stray dogs. But the NGOs need the collaboration of all: the citizens must understand the importance of sterilizing their own dogs, while the institution absolutely have to contribute to this common end from an economic and legislative (e.g. severely punishing those who dump dogs) point of view once a chipping and registration program of dogs and their owners is implemented.

Your help is precious… We are grateful for all donations received.