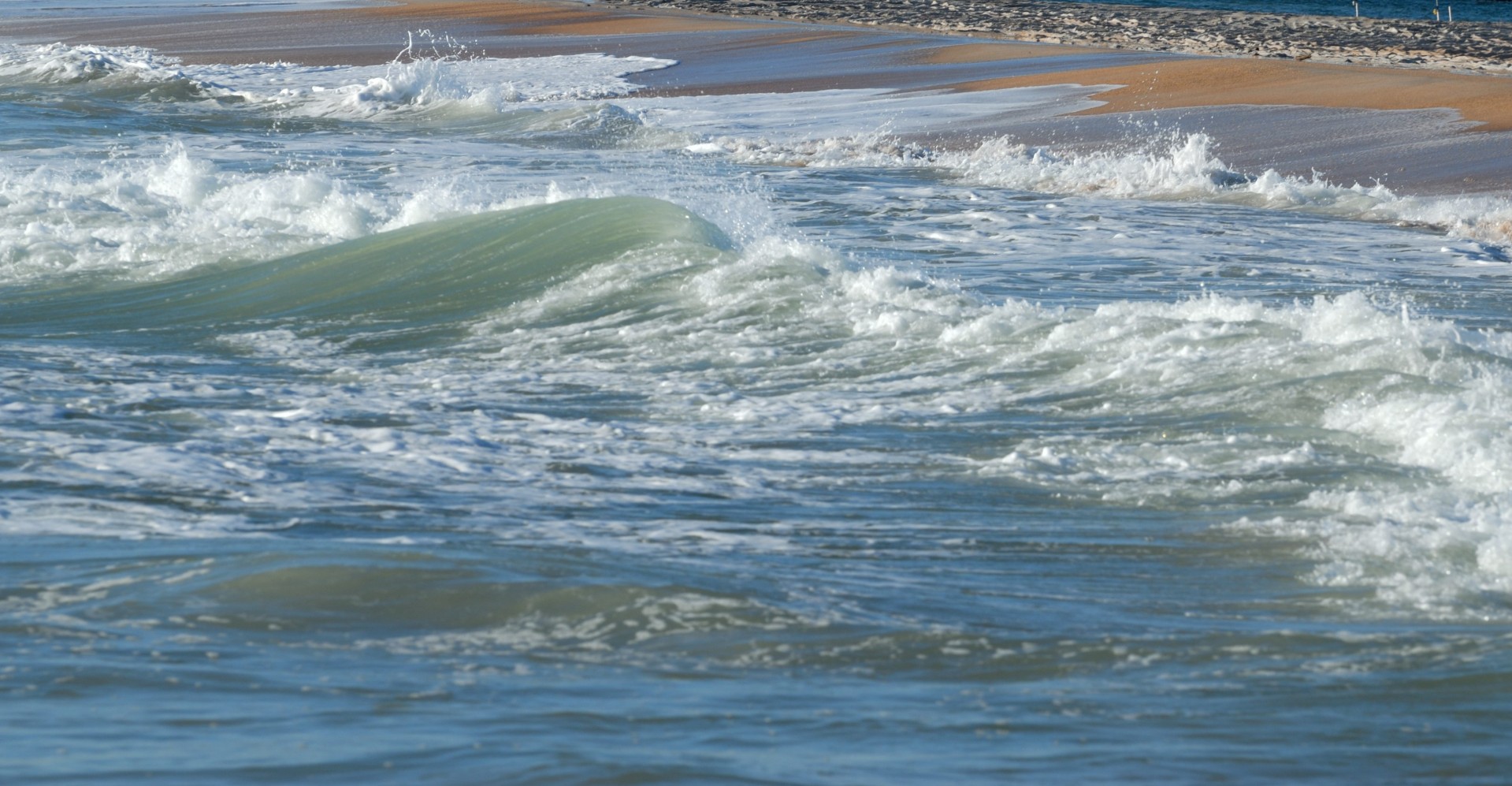 However, the world’s oceans are becoming warmer, more acidic, increasingly filed with plastic and they are losing oxygen.

In the last few days, two important reports have been released that document the degradation of the world’s oceans, and deepen two aspects in particular: ocean deoxygenation and acidification.

The publication “Ocean deoxygenation: everyone’s problem” was issued at COP25 UN Climate Change Conference in Madrid in hopes of persuading world leaders to take measures to restore ocean health. The IUCN’s report is the result of the collaboration between 67 scientific experts from 17 countries.

The report shows that today, more than 700 oceanic sites are suffering from oxygen loss – in the 1960s, only 45 sites were affected by low oxygen conditions. Furthermore, the volume of anoxic waters, which are completely deprived of oxygen, has quadrupled and between 1960 and 2010, oxygen concentrations declined worldwide by about 2 percent. 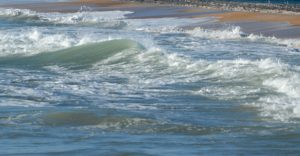 Low levels of oxygen negatively affect the balance of marine life favouring species tolerant to low-oxygen conditions at the expense of larger fish, more sensitive to low-oxygen and throwing ocean ecosystems off balance. Among the latter, tuna, sharks and marlins that are driven into increasingly shallow surface layers of oxygen rich water, which makes them vulnerable to overfishing, whereas the jellyfish and microbes that stay in the deeper parts will flourish.

IUCN’s report stresses that climate change is the driving cause of ocean deoxygenation: warmer waters held less oxygen and increasing temperatures interfere with the ocean’s ability to properly distribute its oxygen concentrations. Another driver of ocean oxygen loss is nutrient pollution, the process where too many nutrients (mainly in the form of fertilizer, sewage and animal waste from the meat industry) are added to bodies of water stimulating an overgrowth of algae (eutrophication).

Another study titled “Attributing ocean acidification to major carbon producers” demonstrates that oceans are acidifying at a rate not seen in 66 million years. Acidification occurs because of an excess of CO2 into seawater; this alters ocean chemistry and leads to a drop in calcium carbonate Our oceans are now 26 percent more acidic since 1980!

Who is to blame for this? Just 20 companies have caused over one fifth of ocean acidification that occurred since 1965. Among these, Exxon, Total, Chevron, BP, Royal Dutch Shell and Saudi Aramco.

Emissions traced to the world’s largest fossil fuel companies are responsible for more than a half of the ocean’s acidification since pre-industrial times. The study calculated the amount of ocean acidification that occurred as a result of carbon released during fossil fuel extraction, production and use. Despite being well aware of the environmental consequences of the oil and gas industry since at least the mid-1960s, not only haven’t they taken any measure to reduce the impacts, but also started a disinformation campaign.

But scientists can now quantify how much more acidic the ocean has become as a result of each fossil fuel company activity! 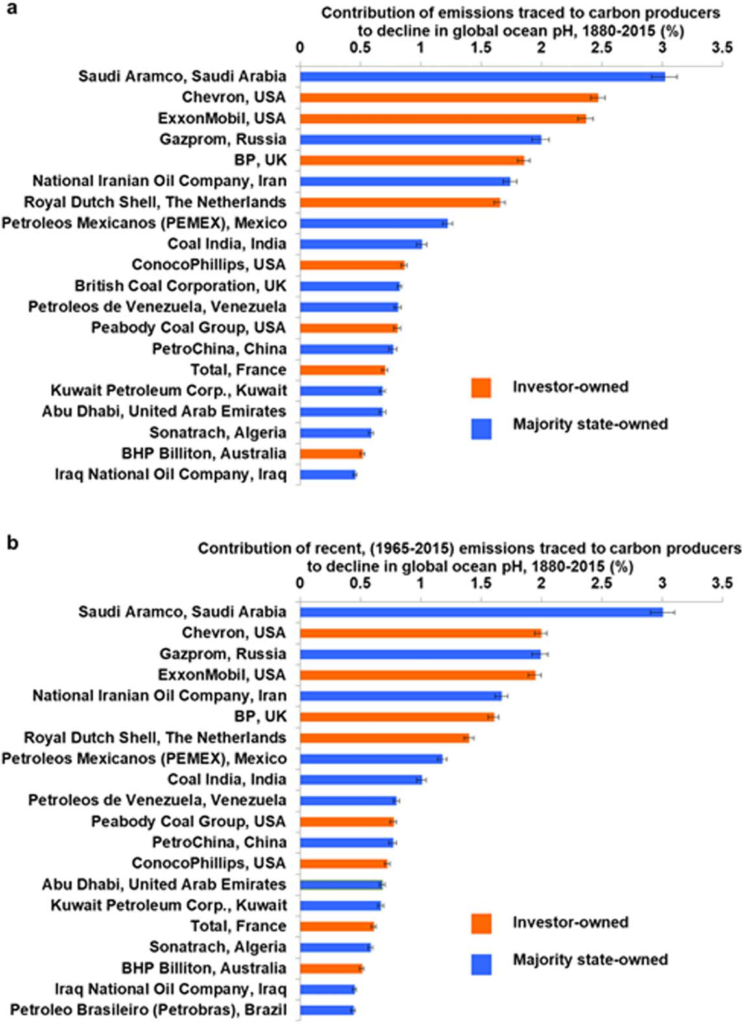 According to the reports, near-monumental efforts are needed by governments, society, corporations and people to reverse years of damage and ensure that oceans are able to continue breathing. Like IUCN’s report’s title says, “It’s Everyone’s Problem To Solve”