OIPA INDIA: THE FIGHT FOR ANIMAL WELFARE GOES ON 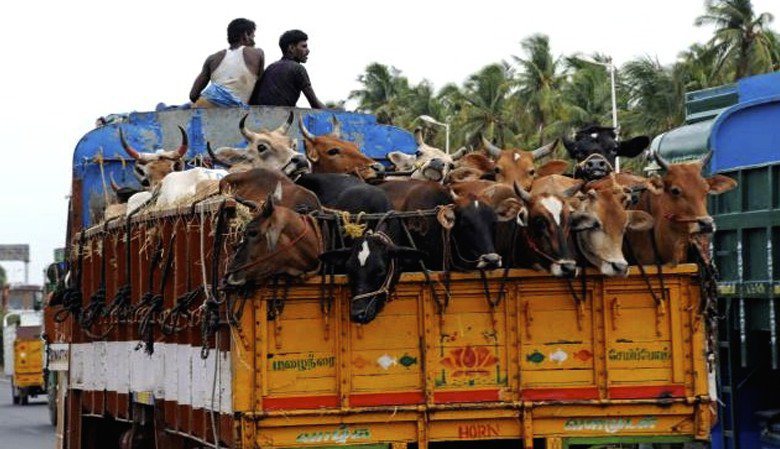 From the minutes of the meeting regarding slaughter houses functioning in Haryana state, held on 14 February 2013, emerged that out of 44 slaughterhouses, only two are functional. Moreover, the Animal Husbandry Department informed that State Animal Welfare Board has not yet been re-constituted.

Animal welfare in India is constantly at risk, and this is why our delegate, Mr. Naresh Kadyan, who is a member of the State Committee for Slaughterhouses raised some issues, among which: the inappropriate enforcement by the Police Staff in the field of animal transport; the necessity of constituting a Society for Prevention of Cruelty to Animals (SPCA), in every district; the endorsement by the State Government of the rules on animals, framed by Central Government; the enforcement of the Animal Welfare Rules (2011); the collection and diffusion by the Animal Husbandry Department of copies of the Animal Welfare Rules; the declaration of cows «as state domestic animal»; the charging of money from the owners of animals caught by the District Administration to be utilized for animal welfare, and lastly, the transportation of animals only in specific (and not in goods) vehicles.

At the end of a detailed discussion, it has been established that Faridabad Municipal Corporation will be advised to shut down illegal slaughterhouses; that all the slaughterhouses should be modernized and proper hygiene and cleanliness be maintained; that members of the State Committee or reputed NGO may be invited in the meetings at District Level Committee on slaughterhouses; that licences for the opening of new slaughterhouses are issued under Food Safety Act, after they meet the requisite criteria; that offences under the Act should be made cognizable; and that all the concerned departments and Deputy Commissioners must be directed to take strict action against the defaulters.

Following this, decisions of the State Committee for Slaughterhouses had consequences on animal transportation: in the Gazette of India, on 8th July 2015, the Ministry of Road Transport and Highways published a notification through which the Central Motor Vehicle Rules (1989) had been amended.

The principal amendment is the introduction of the rule 125E, referring to the «special requirements of motor vehicles transporting livestock»: from 1st January 2016, motor vehicle used for the transportation of livestock by road need to be in accordance with specifications provided by the Bureau of Indian Standards.
Moreover is foreseen that the vehicles for transportation have special and «permanent partition of the body of the vehicle, so that animals are carried individually in each partition», which, however, cannot be less than established by the law itself. For example, cows and buffalos must have at least 2 sq. mts., pigs 0,6 sq. mts. and poultry 40 cm sq.
In addition, is expected that vehicles realized for animal transportation are not used for the transport of any other goods.

Despite this regulation should have been introduced at the beginning of 2016, in April 2016 it was not come into force yet. On 5th April 2016, the Ministry of Transport published a notification in the Indian Gazette, which states that the rule 125E will come into force on 30th September 2016, unless further earlier communications.

On 25th June 2016, the situation is still unvaried, particularly because of the pressure of animal abusers and slaughterhouses lobbies, interested so that this regulation will never find enforcement.
Anyway the OIPA India still fights every single day until he will reach the right law enforcement. And then, again and again, till every animal will obtain its rights.