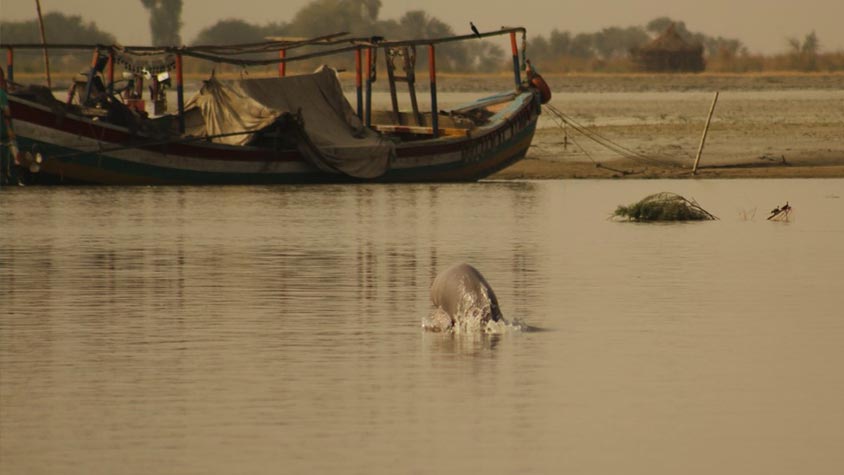 Our delegation in South Punjab is particularly sensitive to the topic of endangered species in the country, so much that they have prepared a project proposal aimed to enhance the conservation of the Indus river dolphin (Plantanista minor) in Pakistan through the engagement of local communities in citizen science-based data collection and livelihood enhancement. Simultaneously, the delegation plans to involve policymakers to develop effective dolphin conservation policies and develop a bi-national Indus River Dolphin Trans-boundary Conservation Action Plan, which is essential to the long-term conservation of the migratory species. 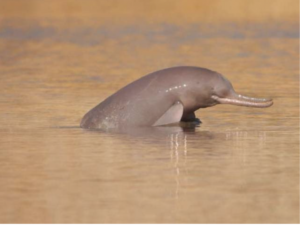 The Indus River dolphin, locally known as the Bhulan (pronounced bhull-an), is one of the world’s rarest mammals and the second most endangered freshwater dolphin that can be  found only in the Indus River in Pakistan and River Beas, India. These dolphins are grey-brown with a very long beak, a stocky body and extremely small eyes. Their poor vision has evolved as a natural outcome to living in murky water. Like other freshwater dolphins and fishes, they are an important indicator of the health of a river.

Many threats (*) contributed in the past and still contribute to the Indus dolphins’ decline:

Their habitat has been reduced to only one fifth of its historic range and this because of the construction of barrages across the river that divert water for irrigation, which means little areas are left for the dolphins. The construction of barrages has resulted then in habitat fragmentation. Dolphins are no longer found in the lower parts of the Indus River due to water extraction, which dries up downstream channels for several months each year. Some dolphins that have moved downstream are unable to swim back upstream because of strong currents and barrages. Dolphins also become stranded and died without being rescued in over 37,000 miles of irrigation canals, particularly during the low-flow season.

An intensification of fishing has also caused a large increase in dolphin deaths from entanglement in fishing gear in the last five years. Fishing nets are set for extended hours and often overnight. Dolphins get trapped in the nets and drown. This accidental capture of the dolphins is known as bycatch.

Some communities who rely heavily on fishing think of the Indus River dolphin as competition for fish so poaching still occurs sporadically despite a ban on hunting.

Untreated sewage from communities that reside along irrigation canals and the banks of the Indus River directly pollutes the water. Washing clothes and utensils in the river also causes pollution. Industrial pollution has allegedly caused a massive quantity of fish deaths in urban areas, which affects the Indus river dolphins’ food supply. Pesticides from sugarcane and cotton crops also pollute the riverbank.

The mission of the project is to end dolphin exploitation and slaughtering and work hard to preserve and restore this gentle species in its own environment. 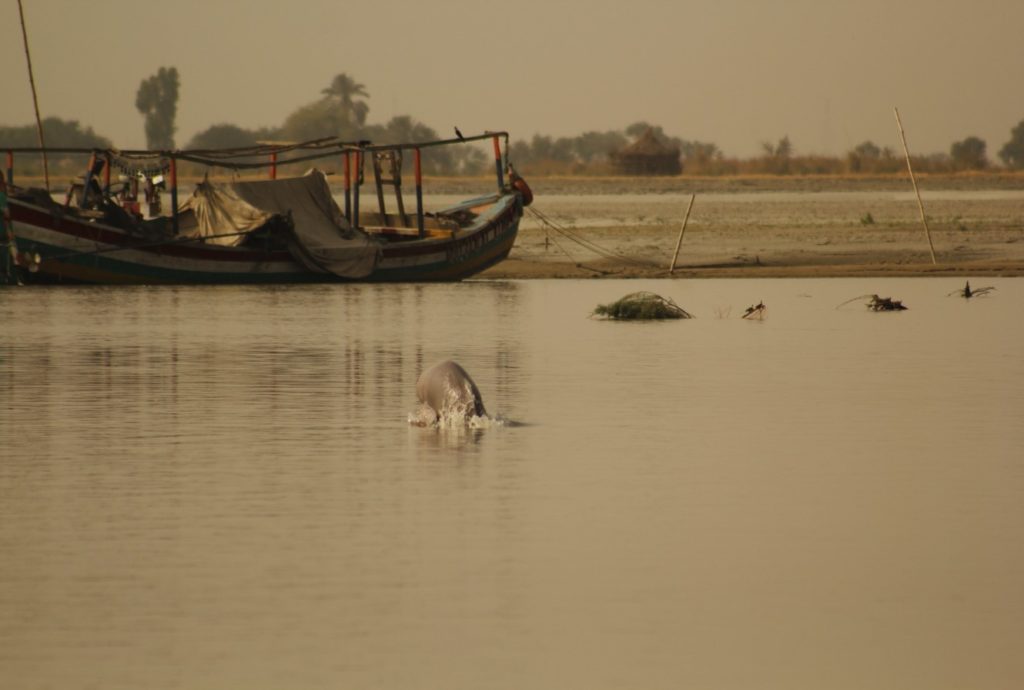