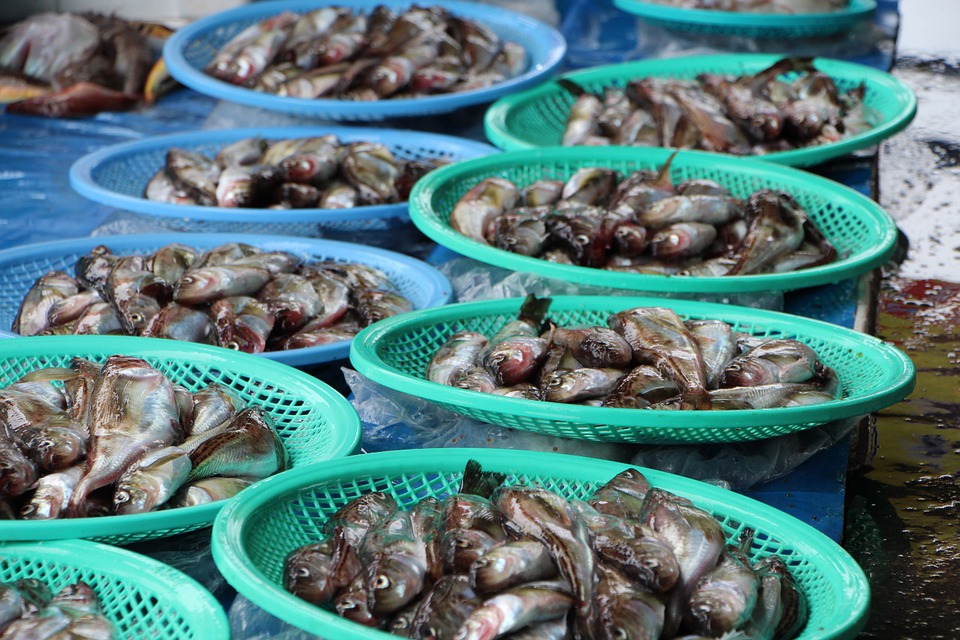 Ever-growing research on the topic has shed light on how animals feel pain. There is plenty of evidence that all vertebrates fell pain, and this includes mammals, birds, reptiles, amphibians and fish. Although we can easily recognize pain through vocalizations and facial mimics in mammals, which are more similar to us, it is a little more difficult to understand when animals are hurting if they lack vocal cords and facial expressions. 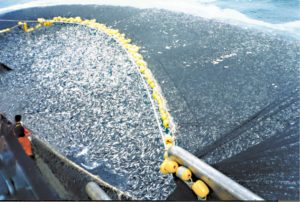 Among these animals, fish are the most exploited, given that 2.7 trillion are caught in the wild every year and 120 billion are killed on commercial farms. Although it is proven that they can feel pain, they are not protected by law at the same level as other vertebrates. Despite the reality, some people have problems accepting that fish can feel pain because this would render practices such as harpooning, clubbing, stabbing, live gutting and death by asphyxiation ethically inappropriate. The truth is that when dragged out of the water and while struggling to breathe fish do feel pain, fear and terror.

Fish experience pain in a manner similar to the rest of the vertebrates. Pain can be distinguished in two processes. The first process is called nociception, which is the physical recognition of pain. Receptors on the skin sense something harmful and communicate this information to the spinal cord, where motor neurons signal to muscles to promptly move away from the danger. All animals, including those with very simple nervous systems, experience nociception, as it allows to avoid harm and survive in their environment. The second process is the conscious recognition of pain, which, in humans, occurs when sensory neurons connect to other neurons via the spinal cord and send information to the brain, where the sensation of pain in created. This is combined with emotions of fear, panic and stress. 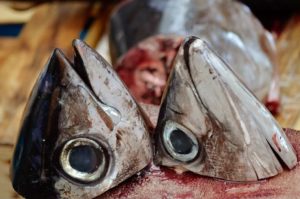 they feel just by looking at them. Nevertheless, fish indeed possess the physiological structure to make them feel pain and also exhibit pain-response behaviors that can be seen in other animals. Some make noises when they feel distress, become reclusive and avoid situations where they have been hurt. These behaviors are not just basic reflexes, because fish change their behavior in response to pain, suggesting they make value judgements and can remember harmful situations.

The English philosopher Jeremy Bentham (1748 – 1832), considered one of the earliest proponents of animal rights, wrote “The most important question is not ‘can they reason’ or ‘can they talk?’, but ‘can they suffer?”. Whether animals are capable of conscious thoughts or are able to communicate their feelings is irrelevant when it comes to their treatment. As humans, we do have moral obligations: no one should have the right to cause pain to another individual. 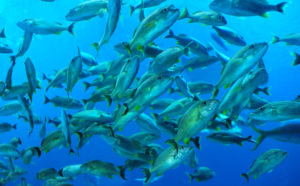 In most countries it is not legal to deliberately harm cats and dogs, and it is not ethical to kill a pig or a cow by asphyxiation. Nevertheless, this is how billions of fish silently die. The reality is, there is no such thing as humane slaughter. If you would never think of hurting or killing an animal, don’t let others do it for you. Don’t eat animals, go vegan!

How do animals experience pain? by Robyn J. Crook – TED-Ed

How Many Animals Are Killed for Food Every Day? – Sentient Media