PETITION FOR THE ANIMALS AND PEOPLE OF MEWAT REGION, OIPA INDIA 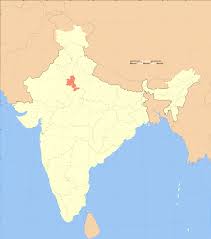 Petition before the Hon’ble Chairman, Human Rights Commission of Haryana.

Respectfully submitted that, while considering complaint No. 734/12/2017, it was advised to file a proper complaint, duly addressed to the Commission and to obey these observations, present application moved for restoration of human rights, as per grievances below:

It is observed that three Slaughter Houses are functional and these are not allowed and recommended by the State Committee for Slaughter Houses, Department of Urban and Local Bodies (Govt. of Haryana), which was set up by the Supreme Court of India, while considering the CWP No. 309 of 2003.

It would also be pertinent to mention here that animal can travel as per their shape and size instead weight, as per section 94 of the Haryana Motor Vehicle Rules read with the Central Motor Vehicle (Eleventh Amendments) Rules, 2015.