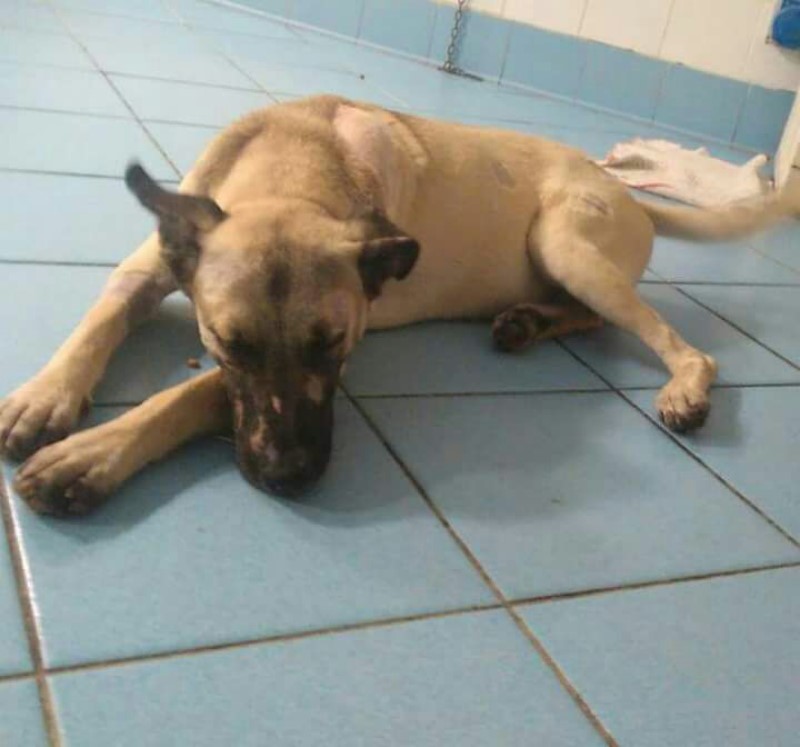 15 bullets. 15 cruel shots hit a poor little dog’ s face. An horrible crime to a dog vilely tied so that he couldn’t escape from his destiny.

This happened the 20th of November where two citizens found him almost dead in an outlying area of Ispica, in Sicily. 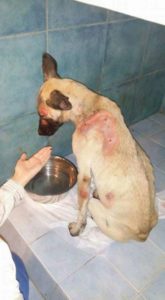 Leady (this is the name to recall his history) was lying on his blood, gasping, but his heart was still beating.

He was chained on his neck with a garden hose and a little chain so that he couldn’t run away.

The local police has immediately acted. The dog was soon taken to the vet and rushed into surgery.

The X-ray showed 15 air gun bullets shot from a very short distance. He was badly hit to his face, eyes and back. He runs the risk of becoming blind because of the impossibility to pull some bullet out which are too close to the oral cavity.

Leady is 4 months, is feeling better but is still hospitalized and in a state of shock because of this terrible experience. 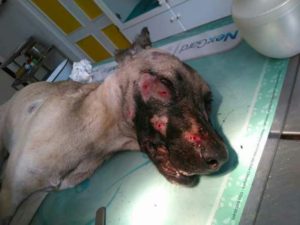 He get scared at the slightest noise. He will need a lot of time to restore his confidence in people. But he’ s doing his best. Through the pain he has appetite, eats a lot and is always happy to see his saviours.

OIPA volunteers saved him, took him to the vet and made a complaint against unknown to the public prosecutor’s office. But now they have another important task and need your help: to look for a good family for Leady.

HELP US TAKE CARE OF LEADY AND MAKE A DONATION 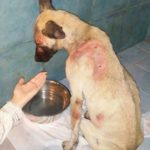 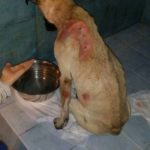 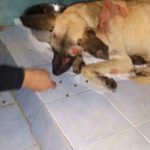 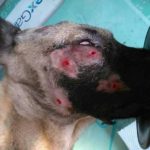 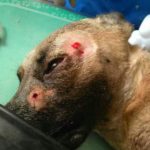 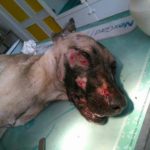 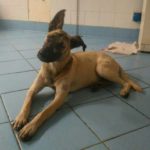 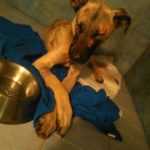 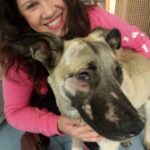 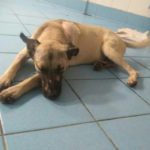 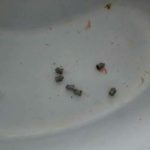