PORCUPINES UNDER THREAT IN CONGO 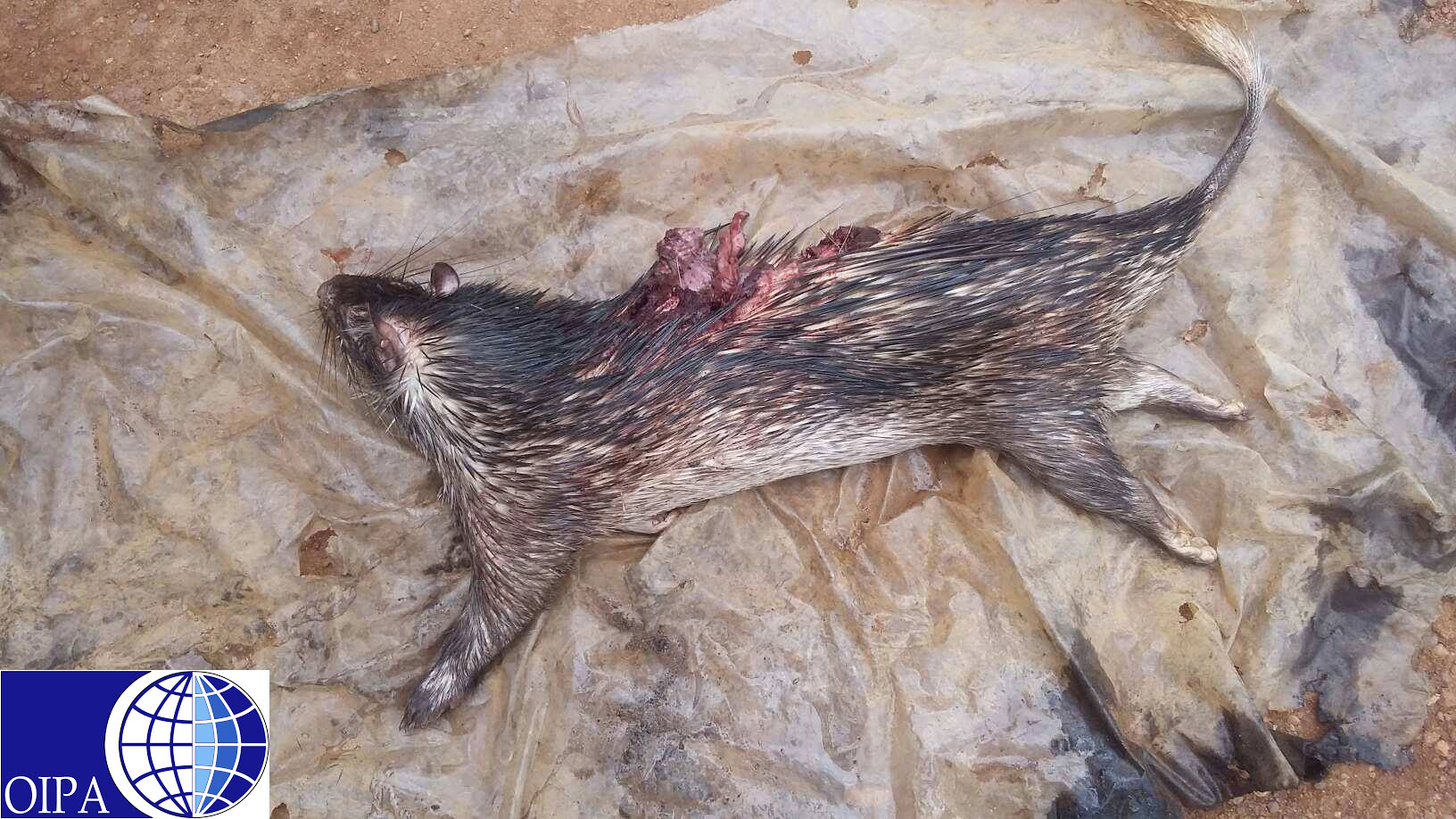 The number of porcupines killed in the Republic of Congo has risen rapidly in the last few months. The reason lies in the increasing presence of Chinese people in the country. Why?

In Asia, porcupines are killed for something that can grow in their stomachs that is considered magical by traditional Chinese medicine practitioners.

The so called “BEZOAR STONE” (“haozhuzhao” in mandarin) is a mass of food found trapped in an animal’s stomach system, usually from consuming grass and herbs. This “natural healing remedy” is supposedly able to cure diseases that are currently incurable such as cancer, diabetes, dengue and a host of other conditions. It is also recommended for surgical patients to help recover from surgical wounds and fevers. 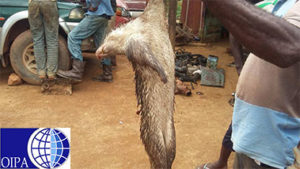 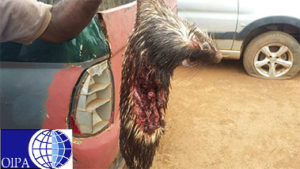 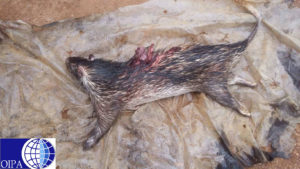 That bezoar is not found in all porcupines, you must be lucky to find the animal, which has it: It seems that only five for every 1,000 porcupines are naturally doted with it. For this reason, Chinese people make order of a large number of porcupines, dead or alive, to the hunters.

Concerned about this situation, OIPA international representative for Congo organized a mission in three regions of the country in order to pursue the matter and sensitise the communities.

The first investigation mission has been carried out in the Mayombe, in Ngoma Na Ngoma, Manzi, camp 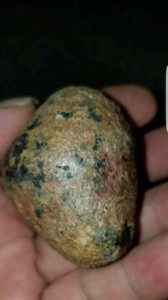 Mab, department of Kouilou. Our volunteers have met hunters and people living in the villages who have received request of porcupine bezoars, paid in advance from Chinese practitioners. Numerous hunting trips have been organized with the hope of finding this organ, much requested by the Chinese.

Then, Congolese OIPA volunteers moved to the village of Malolo, department of Niari, 41 km from the city of Dolisie. In this village, the Chinese have promised 100.000 CFA (more than 150 euros) for each bezoar stone found.

The third mission has been carried out in the department of Lekoumou, in M’baka, 40 km from Sibiti. In this forester village, Pygmies hunters received the request for porcupine bezoars. In M’baka and others villages around Sibiti, the population is mixed with Bantu and Pygmies.

Pigmies are great hunters. Living in the forest area, they are the ones who facilitate the porcupines hunting, with either nets or firearms, locally made.

Porcupine bezoars found during permanent hunting operations are then sold to the brokers (Bantu) at 1,000 CFA (approximately 1.50 euro). The brokers resell to Chinese at a price ranging from 50,000 CFA (76 euro) to 100.000 CFA (152 euro), according to the size of the bezoar stones.

In conclusion, Chinese are organising hunting expeditions in many savannah and forest areas around the villages of Congo by paying hunters to get them porcupines, dead or alive, and bezoar.

After being captured from the wild, porcupines are cramped into cages. They are later butchered for their meat and to harvest bezoar stones from their stomach.

To tell the truth, porcupines are usually served in Congolese restaurants and they are also used as natural healing remedy. However, local people have always made a balanced use of the available resources. On the contrary, the current indiscriminate killings of porcupines puts this species at great risk of extinction

To put a stop to these brutal practices, OIPA Congo will carry out a sensitization campaign between the local population and the public authorities.

Porcupine is under threat in Congo and in other parts of the world. Help us stop the cruel extermination of porcupines in the Republic of Congo!

There are many ways that we can treat our illnesses and conditions. We should always endeavour to check that the treatment we seek out is free from causing suffering to other beings.