CONDAMNED TO STARVE TO DEATH, RENATO HAS BEING RESCUED BY OIPA VOLUNTEERS 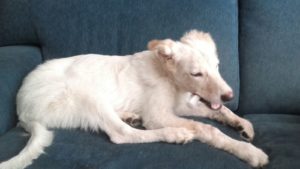 UPDATES! THANKS TO YOUR DONATIONS RENATO IS HEALTHY AND HAPPY NOW!

The wounds on his body are healing and the vet decided that the surgery wasn’t necessary on his paw. Now Renato is following a special diet to strenghten his paws.

Renato now is eating well and he looks exactly like a normal puppy and keeps playing around with his toy.

Thank you for your donations and support, with your help OIPA volunteers helped Renato to recover.

Renato was suppose to be the sheepdog in the farm of his owner, but unfortunately for him he was not good enough and for this reason he has been abandoned with no shelter, no food and no water. Such a cruel destiny for a 4 months puppy!

When OIPA Volunteers found him in Siracusa (SICILY), he was very scared, weak, with many wounds all over the body and he was laying on the sheep’s feces. His wounds were infected with worms.

After receiving the first treatments, Renato has been cleaned and more vet exams were done. He has a severe injury in the frontpaw, which has damaged the tendon, too. If the rehabilitation won’t be succesful, it will be necessary a reconstructive surgery. 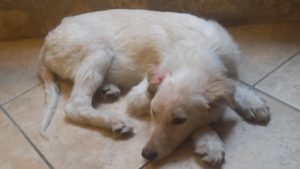 DON’T BE SAD RENATO, WE WILL TAKE CARE OF YOU!

Renato is a puppy, only 4 months old, he still has many wounds on his body and need many vet treatments. He put some kilos on and he is starting to eat again, but the road is long for the full rehabilitation.

HELP RENATO, EACH DONATION WILL MAKE THE DIFFERENCE FOR HIM, MAKE HIM FEEL YOUR LOVE AND SUPPORT! 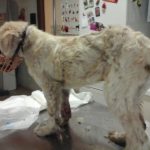 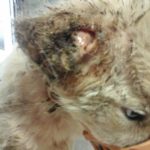 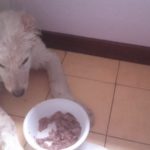 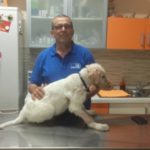 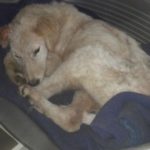