Immersed in excrements and urine and exploited for the reproduction: 6 Sphynx breed cats and 2 mixed races seized by the OIPA Animal Guards 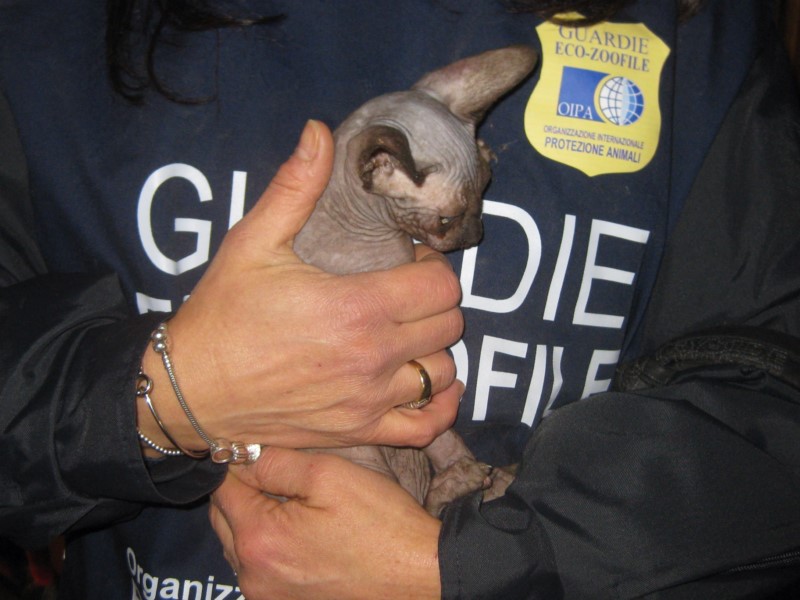 Undernourished, dehydrated and all suffering from respiratory diseases: these are the tragic health conditions in which were found eight cats, two mixed races and six Sphinx breed, inside a house in the town of Socchieve (UD), where a person suffering from a serious psychological disorder was living.

Following an order from the mayor, the core Eco Zoophile Guards of Udine, in collaboration with the Healthcare Company, Local Police, Police Command and Fireman, have carried out an inspection inside the apartment where were detained an unknown number of abandoned cats, since the owner was hospitalized from more than two weeks at Mental Health Center.

The scene that the OIPA’s Guards faced when they entered in the flat was terrible: the floor was cover of droppings, scattered everywhere, also long-standing. The environment was chaotic and messy, absolutely not suitable for keeping animals, liable to bacterial infections due to the amount of urine and excrements found stale with a great amount of human medical products thrown to the ground that, if ingested, could have also caused the death of the animals.

The windows, completely closed, retained an overwhelming smell of excrements and urine abundant also among accumulated clothes scattered in the house and the furniture, such as sofas and cabinets.

Not only the cats were forced to live into painful sanitary conditions, but they were also exploited for the reproduction, the reason why the breed Sphynx specimens (four male and two female) were not sterilized. Immediately picked up and accurately visited by the ASL veterinary, the cats, all suffering from chronic otitis and rhinitis as well as serious stomatitis and dermal origin issues (suspected fungal infections), were sequestered and entrusted to the volunteer’s Onlus associations “Zampa su zampa” to be rescued. 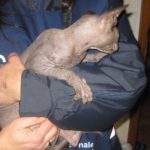 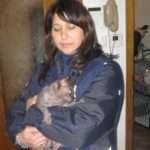 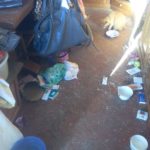 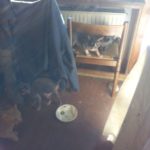 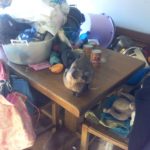 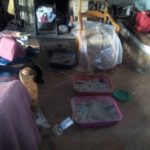 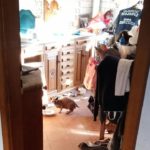 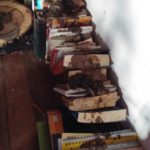 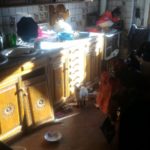 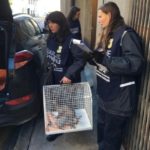