The Tutela Digitale team has established a partnership agreement with the Italian delegation of OIPA, International Organization for Animal Protection. The purpose is to provide a rapid and effective tool to alert and remove videos and pictures containing abuse and mistreatment of animals from the web.

The partnership, granted free of charge, resulted from an attempt to put an end to such acts, that thrive mainly through word of mouth and emulation. Promptly removing these contents from the Internet is of paramount importance to contain the spreading of any form of offence online.

“For a long time now we have been recommending to those who reported video and pictures featuring animals victims of various forms of animal cruelty in the Internet, not to contribute to spreading them, as the authors in many circumstances seek visibility- said President of OIPA Italy Massimo Comparotto – but we realized that concrete tools must be developed to report these offences, to prevent the dissemination of violent images, drawing attention away from these cruelties and, at the same time, involving the intervention of appropriate authorities” 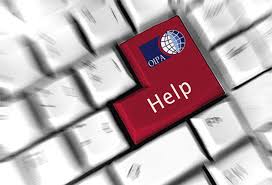 The process is based on three steps:

Simultaneously, Tutela Digitale provides OIPA a technical report that ascertains the presence of the content on the Web before the eventual removal so that OIPA can, where necessary, use legal channels in order to identify the perpetrator.

The project seeks to respond to the increasingly high demand for specific regulations relating to the control of the publication of online contents that, as explained by the lawyer Sveva Antonini, Responsible for the Law Department of Tutela Digitale – “if implemented in the fight against counterfeiting and online piracy and in the area of the protection of children, similarly such a protection should be widen to include areas in which it is hardly present such as the abuse and illicit trafficking of animals and the incitement to hatred on the social networks. We hope that this project will make a contribution in this direction”.

The objective is therefore to provide an effective service to allow web users to promptly act when coming across videos or images containing mistreated animals and to verify, for statistical purposes, on which websites and online platforms this kind of illegal contents (that fall under the scope of Article 544 ter of the Italian Penal Code “Mistreatment of animals”) are featured.