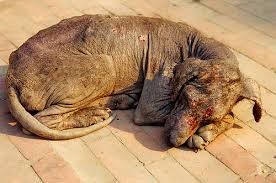 Free-roaming dogs populations have emerged recently as both animal welfare and public health problems in developing countries. Free-roaming dogs face high mortality, malnutrition, starvation, disease, and abuse; account for 99 percent of cases of rabies transmission worldwide and are associated with more than sixty other zoonotic diseases.

As result of human population growth, poor waste disposal management, the absence of responsible dog ownership policies, and heightened awareness of animal welfare and disease issues, increased attention is being given to the problem of free-roaming dogs.

Nepal is one of the countries with the higher number of dog per hundred people, and many associations are active to support sterilization programs. OIPA Delegation in Nepal has several programs aimed to support sterilization and vaccination campaigns, as well as sensibilization programs for the population aimed to promote a responsible ownership for animals and pets, to prevent stray dogs and critical situations.

In February 2016 will be performed a massive campaign in the area of Pasupatinath, more than 200 free roaming dogs will get medical services and anti-rabies vaccine, while female animals will be spayed.

Approaches to free roaming dog population management have changed over the past twenty years. Until recently, capture and kill policies prevailed as the primary dog-control method, but this policy is ineffective and cruel and OIPA is collaborating with many associations to prevent and oppose those policies in many countries.

Dog-vaccination campaigns have proved less costly and more effective in rabies prevention. Rabies control in dogs remains the only long-term, cost-effective means of eliminating or preventing most human cases. Human public health preventive measures should be paralleled by programs for dog rabies control.

A new consensus is emerging that rabies vaccination programs are not sustainable without sterilization.

Widespread adoption of CNR (Capture, Neuter and Return/Release) programs for dogs, along with changes in human behavior and environment, offers a sustainable remedy for both disease and animal welfare problems posed by free-roaming dogs in developing countries.

CNR programs have as their goal the stabilization—not elimination— of street dog populations and the control of rabies transmission.

Free roaming dogs are a major threat for human population in developing countries and represent a terrible lack on animal rights side. OIPA International will keep supporting associations around the world to tackle this issue. 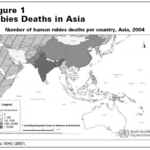 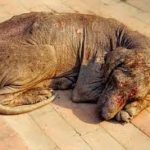