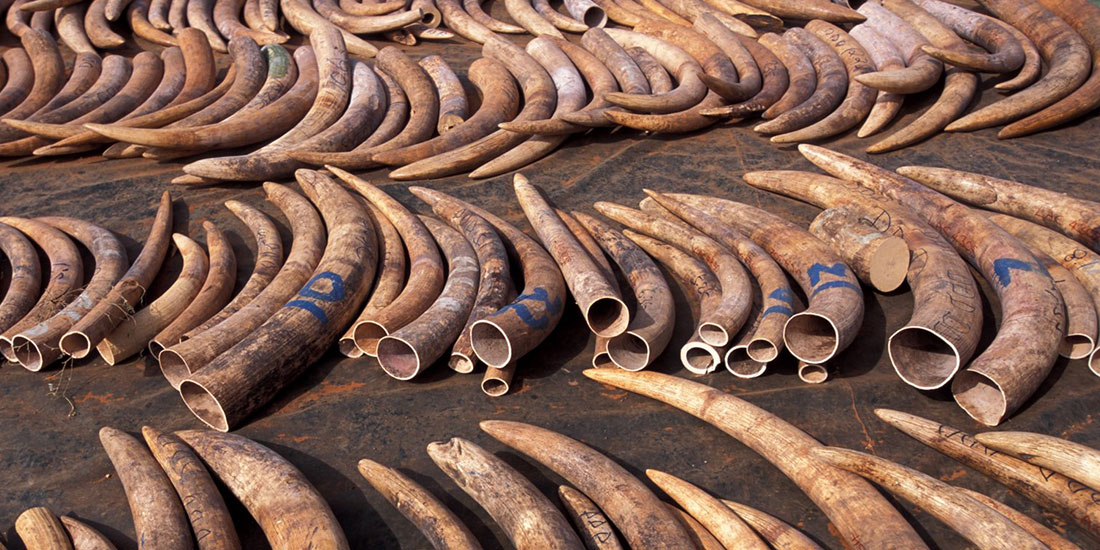 African elephant is the largest land animal on Earth. It is bigger than its Asian cousin, and can be differentiated from the latter by the size of the ears, in both cases used to keep the animal cool.

Actually, even without natural predators, African elephants are one of the most endangered mammals, according to the IUCN red list of threatened species (2014/2015). This is due to human activities, principally poaching, which is realized in order to obtain the ivory from their tusks. Ivory is used for fashion and medical purposes, specially required by Asian markets, but many other factors increase this activity, such as underemployment, poverty and corruption, more and more widespread in the supply countries that lead people to commit crimes to satisfy their basic needs.

Tanzania is now experiencing a second wave of poaching. The first crisis, happened between the 1970s and the 1980s, was followed by a 20-years period off, where no elephant was killed for ivory.
Associated with ineffective law enforcement, poaching in Tanzania dramatically reduced the elephant population to less than 30% of the initial number, at the origin of the first crisis. The second one saw a further decline in the population of African elephant: from the beginning of 2009, when the number of elephant was about 109.051, approximately 30 elephants per day have been killed, while their ivory has been delivered within and outside Tanzania. Because of this, elephants have become the main focus of the 2016 global campaigns of the World Wildlife Day.

Poaching, as other crimes that have wildlife as victim, need to be reversed: it leads to serious consequences, not only ecologically, but also on an economic, political and social level. First of all, halting elephant’s ivory traffic is a global request, demonstrated by the growing number of Conferences, succeeded one another since the beginning of 2014, of which one held in Tanzania. The Arusha Declaration, the result of the Tanzanian Conference, included measures to combat the unsustainable traffic of wild flora and fauna and to develop protocols in order to increase the harmonization in the control of wildlife and the coordination in the determination of crimes. Secondly, elephant is a fundamental animal for the maintenance of the habitat for other animals reducing the tree density, and so creating space and the right ecosystem for other plants. Moreover, elephants are an umbrella species: when their habitats are protected, in order to protect them, many other species are protected, too. Thirdly, elephant poaching erodes the Government’s credibility attracting criticism from the International Community, which refers principally to the rampant corruption of these States. In addition, elephant is one of the most important elements of the Tanzanian tourism; more than the 80% of which is wildlife-based (safaris), and this is the principal mean for the economic development. Another factor worth considering is the view according to which elephant poaching is becoming a security and humanitarian issue: in fact, together with all the other wildlife crimes, it increases the insecurity and it is linked to civil and terroristic wars, because rebels earn from these illegal killings and traffic up to 40% of all their profits.
“The environmental, economic and social consequences of wildlife crime are profound. Of particular concern are the implications of illicit trafficking for peace and security in a number of countries where organized crime, insurgency and terrorism are often closely linked.”
[The UN Secretary-General, Ban Ki-Moon on World Wildlife Day, March 2014]

Among the main reasons that leads to poaching, there are the elevated request for wildlife products, poverty, scarcity and unemployment, the improper advantage given to local communities limited by conservation activities, population pressure, insufficient funds for conservation, corruption and political instability.
Different strategies can be implemented to fight against elephant poaching in Tanzania.
Firstly, by monitoring the demand for ivory in consumer countries: the high level of those environmental crimes are a direct response of the equally high request. Imposing real controls in the demand would reduce immediately the issue. This aim could be achieved by raising awareness in the large public about the abuses to which elephant are submitted; introducing mechanisms in the domestic markets to guarantee specific controls on imported and exported products; modifying social rules that accept these forms of abuses…
Secondly, increasing benefits to local communities would allow to curb the poaching. This activity assure to local communities takings that are largely superior to those gained with the legal economic employment. Benefit-sharing need to be revised in order to discourage local persons to be part of the poaching.
Furthermore, it become fundamental to address underemployment and poverty. These are the principal reasons driving people to illegal activities, in order to survive. Industrialization would increase jobs and the quality of life. Moreover, increasing the interest for professionalism would be helpful: education, raising awareness and punishing those who fail to comply these ethical principles would guarantee a better governance and a reduction in poaching activities.
Lastly, fighting against corruption would really contribute to combat ivory trafficking, and so elephant poaching.

In conclusion, it is essential the role of Tanzanian’s Government in implementing the necessary measures in order to reduce the poaching of the vulnerable African elephant. It is needful the redoubling of the efforts made by all the single States and the solicitation of the International Community in underlining the relevance of the issue and in the attempt to identify a possible, definitive solution. In this sense, the 17th meeting of the Conference of the Parties (CITES) will take place in Johannesburg between 24th September and 5th October 2016. On the starting day, a march for a global ivory ban will be held in different cities across the world, from North America to the Asian Southeast. 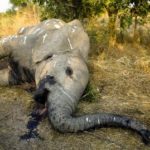 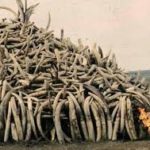