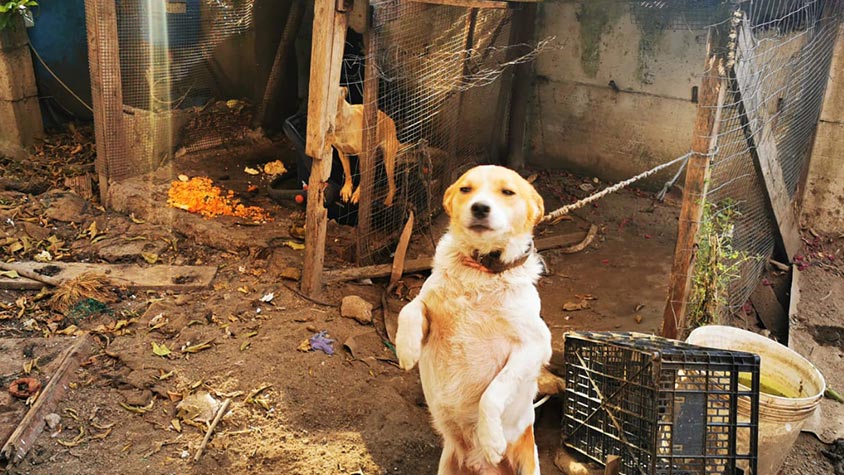 The animal control officers of OIPA Italy rescued 3 dogs after someone reported the precarious conditions in which these animals were forced to live. 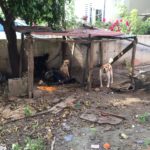 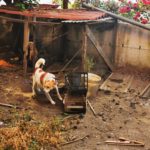 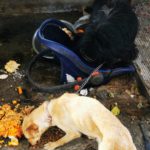 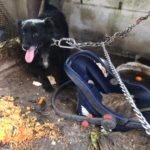 The operation, held in Acerra a municipality closed to Naples in the South of Italy, let to the release of two female dogs and one male tethered 24/7 on chain and kept in terrible hygienic and sanitary conditions, not at all adequate to guarantee animal welfare. The dogs have been transferred to a local shelter while their owner has been reported for animal cruelty and abandonment (art. 544 ter and 727 of the Penal Code).

The three dogs were confined in a box built with rotten wood and rusty iron and each of them was tethered on a 1-meter chain fixed to a pole that didn’t even allow the animals to move freely in the area inside and outside the makeshift shelter. The ground was full of stones and waste, scraps of food, excrements, maggots of ticks and flies and muddy water that they had to drink. A place completely insane for the animals 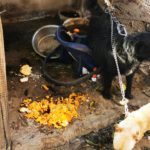 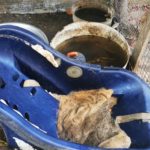 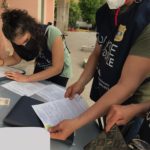 Conditions in which dogs have been found were terrible. The male presented severe scrapes around the neck due probably to the tight collar, while one of the females was in a very bad state of malnourishment. 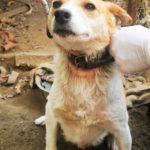 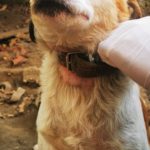 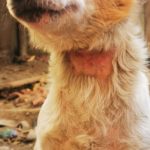 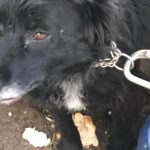 Dogs are now in judicial custody and can be taken into temporary foster care, until the judgement of conviction, by families who can give them affection and care. 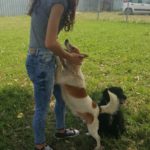 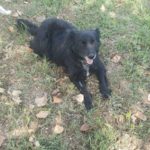 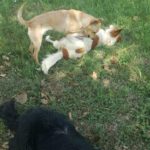 IF YOU ASSIST TO EPISODES OF ANIMAL CRUELTY AND ABUSE, DON’T HESITATE TO REPORT. YOU CAN SAVE THEIR LIFE